(RNS) When Reza Aslan pitched his concept of a series, “Believer,” to CNN, he said it would be “a show about religion in the same way that Anthony Bourdain’s show is a show about food.”

Azlan’s series debuted Sunday (March 5), taking Bourdain’s inveterate search for the freakish and repulsive to India, with Aslan perched aboard a dinghy along the banks of Hinduism’s holy city of Varanasi.

But, to apply author Rajiv Malhotra’s metaphor, when Hindu traditions are ingested like food, what is left are the excreta of caste, polluted rivers and the appalling ascetic flinging, well, excreta.

And wallowing in the excreta is where Aslan spent two-thirds of his debut.

It was only last month that 2 million Hindu Americans were left reeling when a gunman entered a restaurant in Kansas City, cocked his weapon, demanded that two Hindu Americans at the bar “get out of my country” and then unloaded.

Srinivas Kuchibhotla was killed and another Hindu, Alok Madasani, was injured. Ian Grillot, who tried to intervene, was seriously wounded. So when provocative trailers for Aslan’s show, replete with captions screeching “cannibals,” began airing, Hindus braced for an attack of another sort.

The communications director at the Hindu American Foundation met with Aslan and narrated the obvious concerns. Other Hindu American organizations began petitions demanding that the episode not air. CNN was never going to cancel the show, but the network did republish a few pieces debunking common myths about Hinduism.

I and many others at the foundation live-tweeted the episode as we watched, accruing opinions under the tag #believer, but we couldn’t type fast enough.

The episode began with Aslan parroting the most clichéd, spurious conflations of the Hindu religion with the caste system prevalent across almost all religions in South Asia.

Caste is “embedded in Hindu spirituality,” Aslan misstated, when the spiritual essence of Hinduism promotes a unity, a oneness of God rendering all external labels such as caste or creed nothing but prosaic labels.

A caste pyramid, showing a birth-based hierarchy with Brahmins perched above and untouchables below the base, flashed on the screen as if it were a Hindu teaching, rather than, as Nicholas Dirks wrote, a very real social evil developing over a millennium of colonial oppression. This, just a few months after Hindu Americans succeeded in removing this same erroneous depiction of Hinduism’s varna structure from California textbooks.

“I can’t get past the caste system,” lamented Aslan as images of corpses burning on pyres flashed in the background.

Not content to flounder on caste, Aslan proceeded to an explanation on karma and reincarnation. Reincarnation is based on karma of the previous life, he said, when Hindus know that reincarnation is conditioned both by the accumulated prarabdh (past) karma and also vasanas, or impressions etched on consciousness.

Not stopping there, Aslan restated the fallacy that reincarnation determines the caste of one’s birth and that only Brahmin birth can lead to moksha, ignoring reams of scripture.

What followed were the titillating scenes of drinking from a skull, wearing a crown of cadaveric tissue and a rather animated ascetic drinking his own urine.

Eating monkey brains in the movie “Indiana Jones and the Temple of Doom” pales when you find a jumpy, naked hermit willing to give chase.

After treating viewers to 40 minutes of this shocking narrative of Hinduism, the scene shifted to an ashram, or retreat, inspired by an Aghori monk. Aslan seemed to relax in the tranquil environs; he explained the spiritual concepts underlying Aghori behavior and showed Hindus living out their religion’s highest ideals in serving the poor and running schools blind to caste and privilege.

We needed more of this, but as a friend wrote to me, while the significance of the Aghori ashram was important, “the patronizing import sought to be conveyed was that if only the rest of Hinduism could be as open and welcoming as the Aghoris, then they could have a really good thing going.”

What Aslan should have done is give voice to the scores of contemporary Hindu spiritual leaders who reject the notion that Hinduism or its scriptures sanction a birth-based hierarchy or caste-based discrimination.

It is not my contention that Aslan is a Hinduphobe. The errors he made throughout the episode are common stereotypical misconceptions of Hinduism that Hindu Americans are combating in the media, in interfaith forums and in textbooks every day. What we witnessed were poorly informed musings regarding the world’s oldest religion, which happens to have a billion adherents.

Aslan is a scholar of Christianity and Islam but is embarrassingly out of his depth, when it comes to Hinduism. Even worse, what may seem like ignorance coming from another feels very much like an insult when it comes from an academic in religion who has the resources to do much better.

Moreover, an Anthony Bourdain culinary misadventure will cause heartburn that lingers a bit. But the downstream consequences of bungling an episode on Hinduism in today’s climate carries grave consequences that are yet to be seen.

(Aseem Shukla, M.D., is a co-founder of the Hindu American Foundation and is an associate professor of surgery at the University of Pennsylvania. He writes at the intersection of health care, religion and policy and tweets at @aseemrshukla) 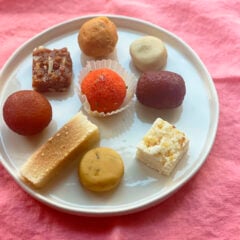