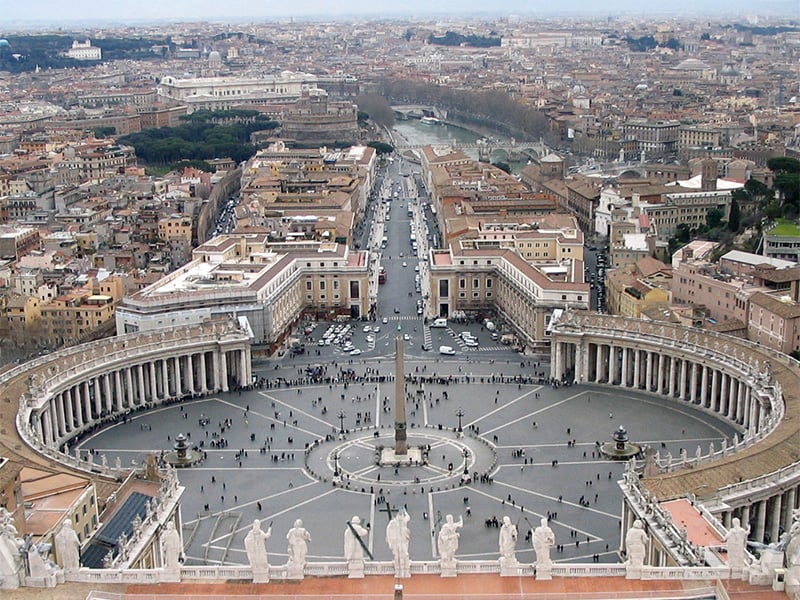 ROME (RNS) Founded nearly 1,000 years ago to protect pilgrims traveling to the Holy Land, the Sovereign Order of Malta is a Catholic charity that operates in 120 countries around the world.

But the ancient chivalric order’s good works have recently been overshadowed by a bitter leadership row that has provoked a rare and controversial personal intervention from Pope Francis.

The former head of the order, Grand Master Matthew Festing, resigned from his position in January after open conflict with the Holy See over Festing's removal of a senior deputy, Albrecht von Boeselager.

Festing and conservative U.S. Cardinal Raymond Burke, the group's chaplain and a frequent critic of the pope, had accused von Boeselager of violating church rules by turning a blind eye to the use of condoms in aid projects in the developing world when he was in a previous post.

But the pope and his allies thought von Boeselager, who is German, had been railroaded and directly intervened in the governance of an order that jealously guards its own sovereignty. Francis sidelined Burke and Festing, who is British, resigned.

“The pope asked him (Festing) to resign and he agreed,” said an order spokesperson at the time.

Now a new leader of the order, often known as the Knights of Malta, is to be elected by senior officials of the order at a closed-door meeting in Rome on Saturday (April 29).

But it is not clear the election will finally settle what has turned into a proxy battle in the fight that disgruntled conservatives have been waging against what they see as the progressive agenda set out by Francis.

Neither Francis nor Festing seem to be backing down.

The pope's special delegate overseeing the Order of Malta during the interim had ordered Festing not to come to Rome from Britain for the election because, wrote Archbishop Angelo Becciu, "Your presence would re-open wounds, only recently healed, and would prevent the event taking place in an atmosphere of peace and regained harmony."

Yet Festing on Wednesday (April 26) defied the Vatican and returned to Rome, and sources told RNS he planned to take part in the election, though he did not say if he would place his own name in the ring.

Also on Wednesday, Francis met in the Vatican with 15 senior leaders of the order, a move that only heightened conservative suspicions.

“This convocation has rekindled conflicts among the knights, instead of appeasing them,” veteran Vatican journalist Sandro Magister, an Italian who is often sharply critical of Francis, wrote on his blog.

“Many judge it as a mistimed and miscalculated step, an undue form of pressure — exercised by none other than the pope — aimed at influencing the imminent election of Festing’s successor,” Magister wrote.

"While this whole saga was an internal matter that probably should have stayed that way, it metamorphosed into a clash that showed the divide between conservatives and progressives," Andrea Tornielli, journalist and author of several books on Francis, said Wednesday.

In another twist, the order has confirmed that the new leader would only be temporary.

"The Sovereign Council has recommended the election of a lieutenant of the Grand Master,” a spokesperson said Wednesday. “With the same full powers of a Grand Master the lieutenant would be in charge for only one year to allow for Constitutional reform."

But the leadership is made up of "professed knights" from European nobility — men who are not clerics but take vows of poverty, chastity and obedience to the pope.

Some 56 knights are eligible to cast ballots on Saturday. The Vatican would like the order to take a year to reform its laws to broaden the pool of eligible future grand masters and to make the order less insular in its governance.

The organization has unusual diplomatic status, including bilateral relations with 106 countries and permanent observer status at the United Nations.

(Josephine McKenna covers the Vatican for RNS. This story contains some information from a Reuters report)