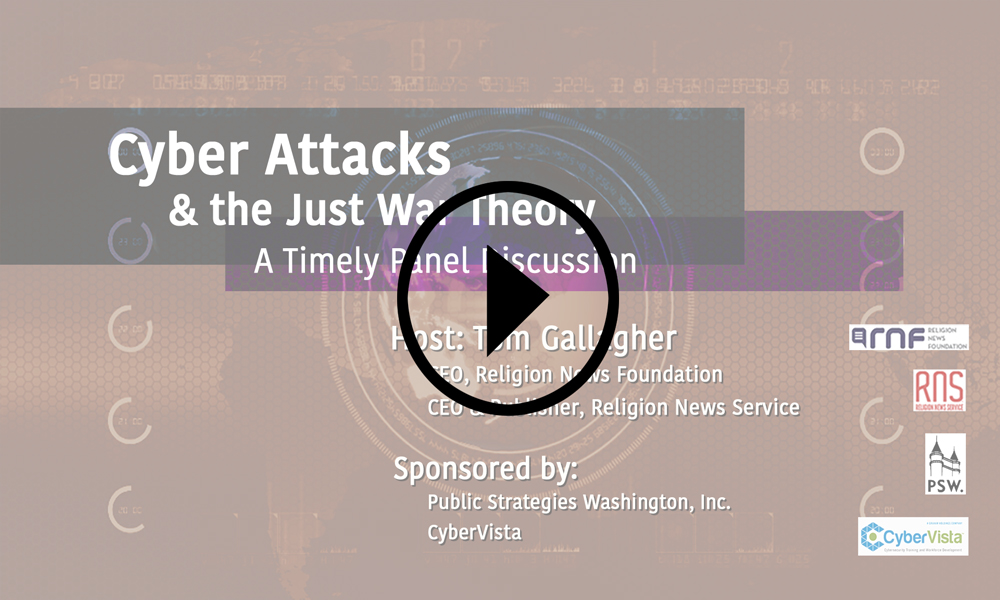 (The panel discussion begins at 15:00 via the link above)

U.S. Senator John McCain called the Russian meddling in the 2016 elections “an act of war.” Former Vice President Dick Cheney said the Russian interference “could be considered an act of war.” Now comes former Secretary of State Condoleeza Rice describing Russia’s U.S. election behavior “a hostile act by a foreign power.” What are the ramifications of calling a cyber attack an act of war or a hostile act? Come to a timely panel discussion “Cyber attacks & the Just War Theory.”

Simone Petrella
Simone is Chief Cyberstrategy Officer at CyberVista. She is responsible for developing, communicating, and executing strategic initiatives, product development and delivery of cybersecurity training and education for executives and cyber practitioners.