WASHINGTON (USA Today)  Michigan GOP Rep. Tim Walberg isn’t concerned about the effects of climate change — if it exists — because God will “take care of it.”

Walberg was speaking to constituents in Coldwater, Mich., last week when he was asked about climate change.

Walberg, who has previously questioned the existence of global warming, first joked that he could take some global warming at home in Michigan because it was too cold and some global cooling in Washington because of the humidity.

Walberg then conceded that the climate was changing, before adding that wasn’t anything new.

“Why do I believe that?” he continued. “Well, as a Christian, I believe that there is a creator in God who is much bigger than us. And I’m confident that, if there’s a real problem, he can take care of it.”

On Thursday afternoon, President Trump is expected to announce whether the United States will remain a member of the Paris climate agreement. Trump hasn’t announced whether he’ll make good on his campaign promise to leave the pact — which includes every country besides Syria and Nicaragua — but multiple outlets have reported he’s leaning toward dropping out. 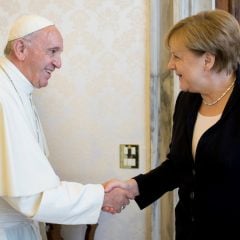 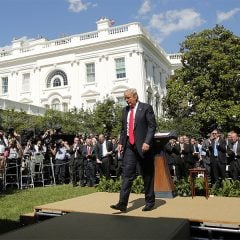 Arts & Culture
Politics, culture or theology? Why evangelicals back Trump on global warming 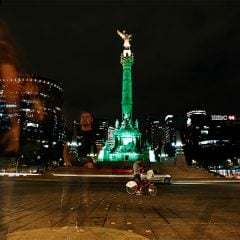 Opinion
I refuse to forget the Christians advocating for climate action 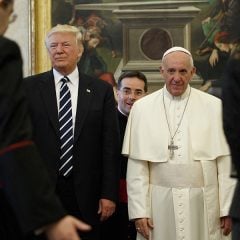 News
Pope Francis ally says Trump exit from climate accord would be a ‘slap’ in the face
Follow us on Facebook!
Submit your photos to RNS