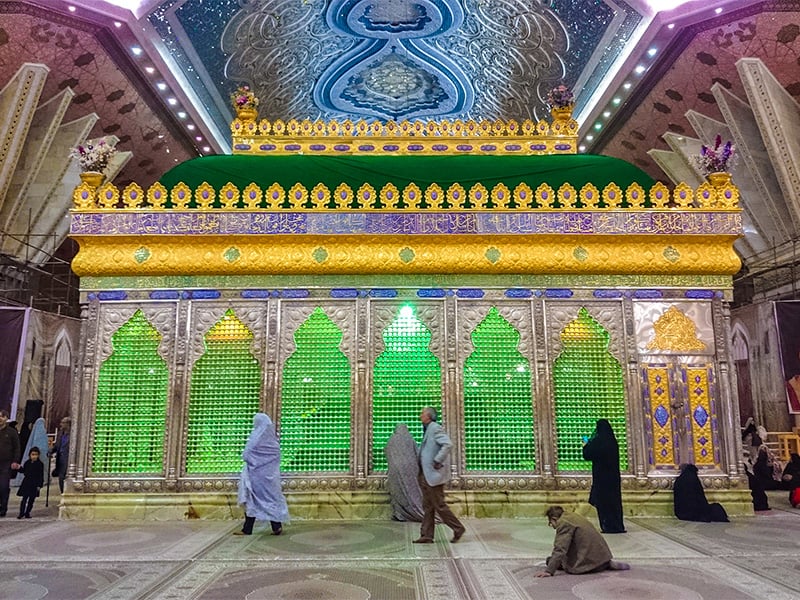 (RNS) At least 12 people were killed and dozens more injured when six terrorists with assault rifles and suicide vests attacked the Iranian Parliament and the mausoleum of the founder of the Islamic Republic.

Wednesday’s (June 7) attack was the worst terrorist strike against the Islamic Republic in years and the first inside Iran by the Islamic State group, or ISIS, which claimed responsibility.

But what is the tomb of Iran’s revolutionary founder and what does it mean to Iranians?

Here's what you need to know:

What is the Mausoleum of the Ayatollah Khomeini?

The mausoleum is the burial place of Ayatollah Ruhollah Khomeini, an Iranian religious and political leader who transformed Iran into the world's first Islamic republic after the 1979 revolution, in which he and his supporters overthrew the pro-Western regime of Shah Mohammad Reza Pahlavi.

After the shah fled, a national referendum was held and Khomeini won a landslide victory.

His victory elevated him to the status of national hero and he was appointed Iran's political and religious leader. Islamic law was introduced across the country. The ayatollah died on June 3, 1989.

What does the shrine mean to Iranians today?

The mausoleum is one of the most important symbols of Iranian pride. It’s famously referred to within Iran as “the holy shrine,” as many Iranians hold it in equal reverence to other sacred shrines of descendants of the Prophet Muhammad.

The mausoleum is situated in the southern part of Tehran next to the Behesht-e-Zahra "martyrs" cemetery, where many fallen soldiers of the Iran-Iraq War are buried, along with famous artists and activists from the 1979 Islamic Revolution. But the cemetery has become more than just a final resting place. Over an average weekend, thousands of people come to picnic near the graves of family members.

The shrine is symbolically used by politicians and is sometimes visited by foreign dignitaries. Last week, thousands of Iranians had gathered to mark Khomeini's death anniversary, as they do each year.

How was the shrine built?

Soon after his death, some members of Khomeini's office bought the land and began to build a marble tomb. Public donations and religious endowments financed the shrine.

It initially constituted only a grave and burial chamber. In the 1990s, the government authorized the construction of a $2 billion cultural and tourist center on the site. Its 20,000-car parking lot and proximity to the city have turned the burial site into a major tourist attraction.

The building has a 26-foot dome and four minarets. It forms a key part of Tehran’s skyline.

Why would ISIS target it?

ISIS has long declared its hatred for the Shiite Muslim community, which it regards as heretics. The Islamic Republic was one of the first countries to engage with ISIS, in defense of Iraq’s southern, largely Shiite-populated cities.

The group’s aim is to establish a Sunni theocracy – and eventually an empire or caliphate — to rival Iran’s Shiite theocracy. The hostility runs deep; while this is the first successful attack within Iran (Iranian authorities announced last year that they had dismantled 20 terrorist cells and foiled a plot involving 50 different targets throughout the country), the group’s extreme form of Sunni Islam has inspired suicide bombings of Shiite mosques in Iraq, Pakistan, Afghanistan and Saudi Arabia.

The conflict between Sunnis and Shiites has a long history that began with a disagreement over who should have succeeded Muhammad after his death in 632. Sunnis supported Abu Bakr, the prophet’s friend; Shiite Muslims felt the rightful successor was the prophet’s son-in-law and cousin, Ali ibn Abi Talib.

While the majority of Sunni and Shiites reside peacefully, groups such as the Taliban and ISIS believe Shiites must die to forge a purer form of Islam.

(Shenaz Kermalli is a Toronto-based correspondent)