WASHINGTON (RNS) — For the third week in a row, clergy showed up on Capitol Hill to protest Senate action on health care.

As in past weeks, some were arrested.

But on this Tuesday (July 25), the group ratcheted up the drama by marching to the Capitol, carrying a cardboard coffin and poster-sized death certificates for those who would lose health insurance.

“We say, we will not bury the dead buried by your bills,” said the Rev. Robin Tanner of Beacon Unitarian Universalist Congregation in Summit, N.J. ” … Health care is a human right. And so we say, Senate Majority Leader Mitch McConnell, let our people live.”

While they originally planned to deliver the coffin to McConnell, they instead waited more than two hours to witness the vote opening formal debate on the Republican bill scuttling former President Obama’s health law.

The weekly protests have begun to take on a semblance of habit, and a press release from organizers said clergy will continue to gather every Tuesday at 10:30 a.m. until Congress recesses.

According to Capitol Police, 31 members of the group were arrested when they began chanting “kill the bill” in the Senate gallery.

The group consisted of priests, pastors, rabbis and members representing religious organizations such as the Presbyterian Church USA and Faith in Public Life.

Dr. Margaret Flowers, a protester on the advisory board of the Physicians for a National Health Program, believes this is an important development.

“We’re seeing this movement of movements coming together,” said Flowers, a pediatrician turned activist. “So we really want to encourage that, because that’s how we build our power to win this.”

The Rev. Traci Blackmon of the United Church of Christ made a similar point during a passionate speech at the rally. 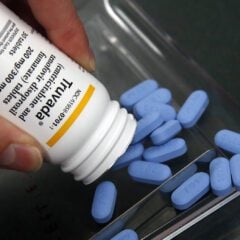