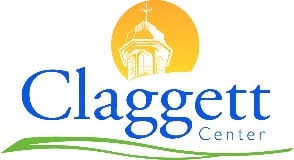 BALTIMORE – The 2017 Chapman Dialogues: Conversations on Faith conference, focusing on Faith and Civility: Beyond the Golden Rule is not about race relations, politics, climate change, gun control or myriad other hot topics.

“Civility can be like the North Star that provides for some standard point of orientation during the dark and stormy nights of life in this world so we can stay on course and not get whipped around by the tempest of politics and personalities,” said Daniel Buccino, keynote speaker and director of the Johns Hopkins Civility Initiative.

No matter what the hot button issue is, civility comes down to how we communicate and how we listen; how we ultimately interact with one another and live in civil society.

“We are called as people of faith to respect the dignity of every human being,” said the Right Rev. Eugene Taylor Sutton, Bishop of the Episcopal Diocese of Maryland. “I’m heartened to see our conference center taking up civility in this year’s Chapman Dialogues. It’s critical for our society to figure out a way forward dealing with conflicting points of view.”

The conference is Nov. 12-14 at Claggett Center, 3015 Buckeystown Pike, Adamstown, near Frederick, Maryland. It is open to all.

We were taught the Golden Rule at an early age, “do unto others as you would have done to you.” Lately it feels more like ‘do unto others before they get a chance to do unto you.’

We blame social media, television, politics (and politicians), and long commutes for how rude people are. We talk about people in broad strokes – entitled Millennials, hawkish conservatives, bleeding-heart liberals, the poor, the rich, the middle class – but we don’t mean “us,” only “them.”

“It’s not about how others behave, but who we are. We stay civil not because others are, but because we are,” wrote Buccino in a 2003 City Diary column ‘Doing our civic duty in city’s uncivil court’ in the Baltimore Sun. In other words, living by the Golden Rule begins with each of us.

About Chapman Dialogues
Designed to inspire, enliven and educate, Chapman Dialogues: Conversations on Faith, brings acclaimed speakers to the Claggett Center, Adamstown, MD, for a unique and personal experience. This conference series is for laity, clergy and practitioners of all beliefs, focusing on contemporary issues of faith. The setting inspires and so will the speakers.

Visit chapmandialogues.org to learn about the Chapman Dialogues: Conversations on Faith series and this year's in-depth look at Faith and Civility: Beyond the Golden Rule, Nov. 12-14, 2017, at Claggett Center. Continue the conversation on Facebook, @ChapmanDialogues.