JERUSALEM (RNS) — For decades, Israeli restaurateurs who served kosher food but who did not want to submit to the authority of the stringent Chief Rabbinate risked being shut down at a moment’s notice.

That’s about to change, thanks to a recent landmark decision by the country’s highest court.

On Sept. 12 the High Court of Justice ruled that although the rabbinate is and will remain the only body empowered to issue a kashrut, or kosher food, certificate, restaurants may inform diners of the kashrut standards they keep. It will be up to the individual diner to decide whether to trust those standards.

Freedom-of-religion activists are calling the ruling a victory for Jewish pluralism and a blow to the rabbinate’s ironclad authority over Jewish matters in Israel.

“It’s clear to everybody that this ruling spells the end of the rabbinate’s monopoly over kashrut,” said Aaron Leibowitz, an American-born Modern Orthodox rabbi who founded Hashgacha Pratit, an alternative kashrut certification program. “It’s only a matter of time until the kashrut law itself is repealed,” he predicted.

The court’s kashrut ruling comes at a time of mounting legal challenges to the ultra-Orthodox religious establishment’s control over everything from Jewish marriage and divorce to who is considered a Jew and who isn’t. Other High Court cases have challenged the establishment’s sole authority over conversions, burials and the Orthodox-only prayer sections and practices at the Western Wall.

Uri Regev, CEO of the organization Hiddush: Freedom of Religion for Israel, says the Israeli public “is overwhelmingly in favor of religious freedom, pluralism and freedom of choice,” and believes the High Court is well aware of this.

In Hiddush’s most recent religion-and-state poll, 65 percent of the Israeli Jewish respondents said Israel should grant equal status to the three major religious streams of Judaism (Orthodox, Conservative and Reform), while 68 percent expressed support for separation between religion and state, which does not exist in Israel.

Regev said the rabbinate’s monopoly — and the resulting lack of alternatives for the public — has fostered a culture of corruption and a propensity to overreach its legal mandate.

“A former chief rabbi is now in prison for bribe-taking and others have been accused of taking bribes in order to carry out conversions. The state comptroller says there is nepotism and all kinds of conflicts of interests in the kashrut department,” he said.

As for overstepping its authority, the rabbinate has threatened to withdraw kashrut certification from hotels and restaurants that display Christmas trees, Regev noted.

“Many more kashrut bodies, including some that are ultra-Orthodox but not affiliated with the rabbinate, will enter the market,” she said.

Leibowitz emphasized that the ruling “still doesn’t give full-fledged kosher certification” to restaurants that choose to be supervised by alternative kashrut authorities, meaning they cannot call themselves “kosher.”

“But it does allow restaurants to advertise their kashrut standards and how they are supervised.”

The ruling appeared to also affirm the right of women to act as kashrut supervisors.
In contrast to the rabbinate’s inspectors, who are all male, the inspectors employed by Hashgacha Pratit are all Orthodox women who were trained in kashrut supervisor courses offered by the rabbinate. Women were permitted to receive this certification only after the court intervened.

Yuval Djamchid, the owner of a small Jerusalem hotel and on-site café, expressed relief that he can now explain his restaurant’s kashrut standards to anyone who inquires. 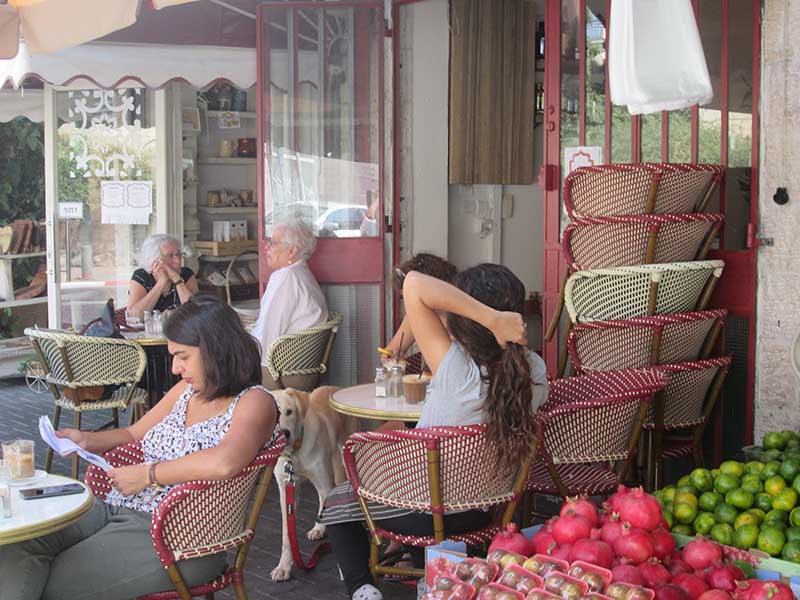 When he opened his café two years ago he opted against employing a rabbinate inspector because of other restaurant owners’ experiences. “One said that if an inspector insists on supervising over Shabbat he will want to bring his entire family,” he said. “Another told me that the inspectors don’t just control the kashrut, and if you put up Christmas decorations – something I personally wouldn’t do – you lose your certification.”

Djamchid emphasized that he was not casting aspersions on “every rabbi or every city, but I knew there was reason for concern.”

He said he is “very happy” with the alternative kashrut supervision carried out by Hashgacha Pratit’s inspectors.

“The inspectors come with a very positive attitude. They always answer questions. I don’t feel it’s a burden.”

Not having rabbinate certification has cost his restaurant some business, he acknowledged.

“Some people say a family member won’t come if they have an event here, but that’s their choice. People just want to have a choice,” Djamchid said.