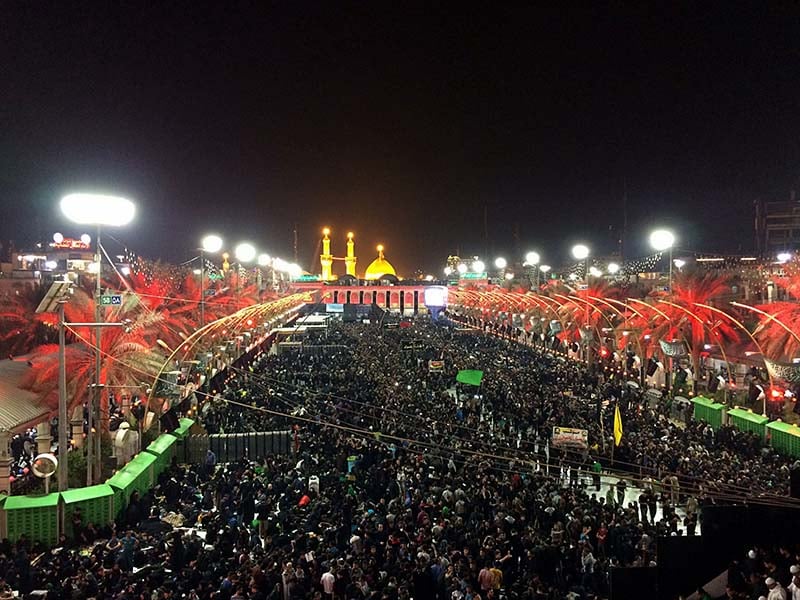 Shiite Muslim worshippers gather Nov. 9, 2017, in front of the holy shrine of Imam Hussein, in the background, during the Muslim festival of Arbaeen in Karbala, 50 miles south of Baghdad. The holiday marks the end of the 40-day mourning period after the anniversary of the seventh-century martyrdom of Imam Hussein, the Prophet Muhammad's grandson. (AP Photo/Hadi Mizban)
November 10, 2017
Jerome Socolovsky

BAGHDAD (AP) — Iraq's top Shiite cleric says more than 13 million have gathered in the holy city of Karbala to mark Arbaeen, the annual commemoration marking the end of the mourning period for the martyrdom of Imam Hussein, the Prophet Muhammad's grandson and a central figure in Shiite Islam.

RELATED: Millions of Shiites gather in Karbala to mark Arbaeen

Grand Ayatollah Ali al-Sistani praised Iraqi security forces Friday (Nov. 10) for securing the routes in and out of Karbala for visitors traveling from across Iraq and beyond.

Imam Hussein was killed in 680 A.D. in a climactic battle in Karbala that cemented the rift between Sunnis and Shiites.