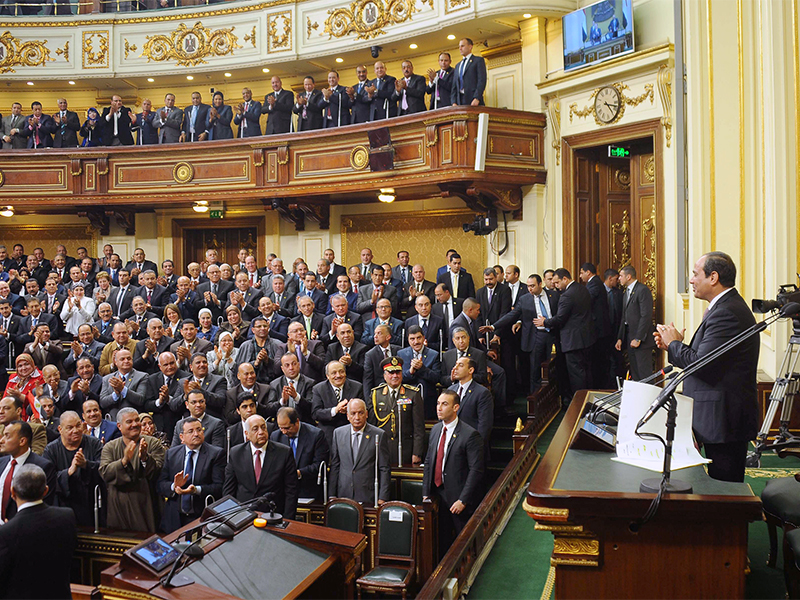 (RNS) — It may soon be a criminal offense to be an atheist in Egypt.

Shortly before New Year's Day, the Egyptian Parliament considered enacting a law that would make it illegal to profess no belief in God. It is already against Egyptian law to "insult" or "defame" religion, and blasphemy arrests are on the rise. A conviction can bring up to five years in prison.

The new measure would criminalize the act of not believing in God — no insults or defamation of another faith required.

The legislation was proposed Dec. 24 by Amro Hamroush, head of the Parliament's committee on religion.

"It must be criminalized and categorized as contempt of religion because atheists have no doctrine and try to insult the Abrahamic religions," Hamroush said in announcing the proposed law.

The legislation has the support of Egypt's highest Islamic religious organization, the Al-Azhar. Mohamed Zaki, an Al-Azhar official, called it necessary "to punish those who have been seduced into atheism."

The Egyptian government has long punished blasphemy and has targeted atheists since the 2014 inauguration of President Abdel-Fattah el-Sissi. At that time — three years after the 2011 revolution that ousted longtime Egyptian President Hosni Mubarak — the government announced a national plan to "confront and eliminate" atheism.

Later, a government-run newspaper denounced atheists as "the country's second enemy after the Muslim Brotherhood."

Since then, arrests of atheists have been on the rise. On Dec. 21, police in Cairo arrested a 29-year-old computer programmer who they say administered a Facebook page that is critical of religion. Under interrogation, the man acknowledged being an atheist.

Under el-Sissi, there have also been crackdowns on journalists and LGBT people.

A 2017 report from the London-based International Humanist and Ethical Union does not list countries that outlaw atheism but says that because of blasphemy and apostasy laws that carry the death penalty " ... in effect you can be put to death for expressing atheism in 13 countries."

The proposed Egyptian law came in for harsh criticism from Ani Zonneveld, founder and president of Muslims for Progressive Values, an international group based in Los Angeles.

"This criminalization of atheism contradicts the very essence of the Quran, verse 2:256, 'There is no compulsion in faith,'" she said.

"This legislation is anti-Islam."