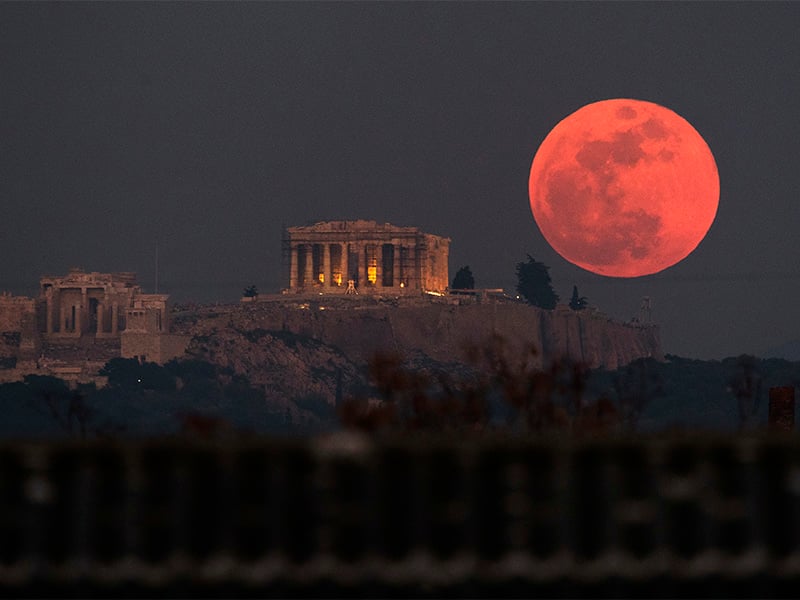 A super blue blood moon rises behind the 2,500-year-old Parthenon temple on the Acropolis of Athens, Greece, on Wednesday, Jan. 31, 2018. On Wednesday, much of the world saw not only a blue moon which is a supermoon, but also a lunar eclipse, all rolled into one celestial phenomenon. (AP Photo/Petros Giannakouris)
February 3, 2018
Kit Doyle

(RNS) — Each week Religion News Service presents a gallery of photos of religious practice around the world. This week’s includes images from Hindu festivals, the Grammy Awards and more.

A super blue blood moon rises behind the 2,500-year-old Parthenon temple on the Acropolis of Athens, Greece, on Wednesday, Jan. 31, 2018. Much of the world saw not only a blue moon — which is a supermoon — but also a lunar eclipse, all rolled into one celestial phenomenon. (AP Photo/Petros Giannakouris) 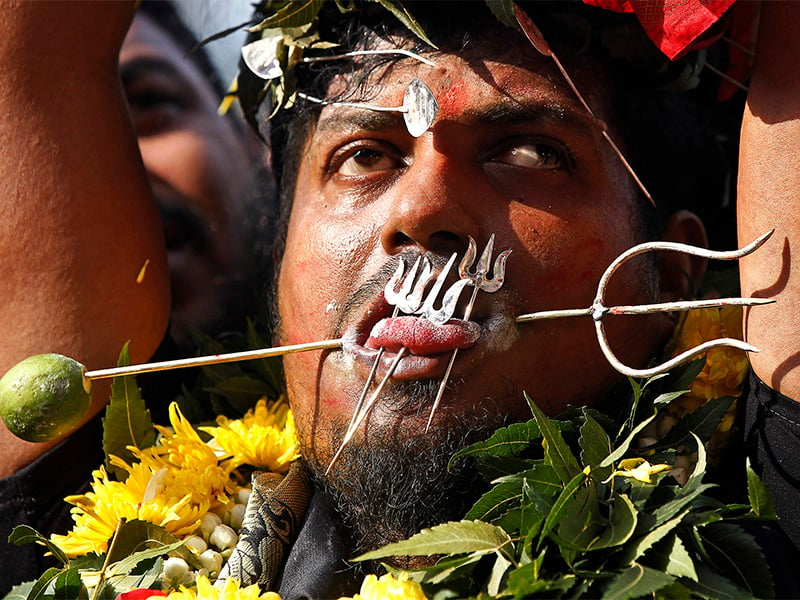 A Hindu devotee gets his cheek and tongue pierced with metal rods during the Thaipusam festival at Batu Caves in Kuala Lumpur, Malaysia, Wednesday, Jan. 31, 2018. Thaipusam, which is celebrated in honor of Hindu god Lord Murugan, is an annual procession by Hindu devotees seeking blessings, fulfilling vows and offering thanks. (AP Photo/Sadiq Asyraf) 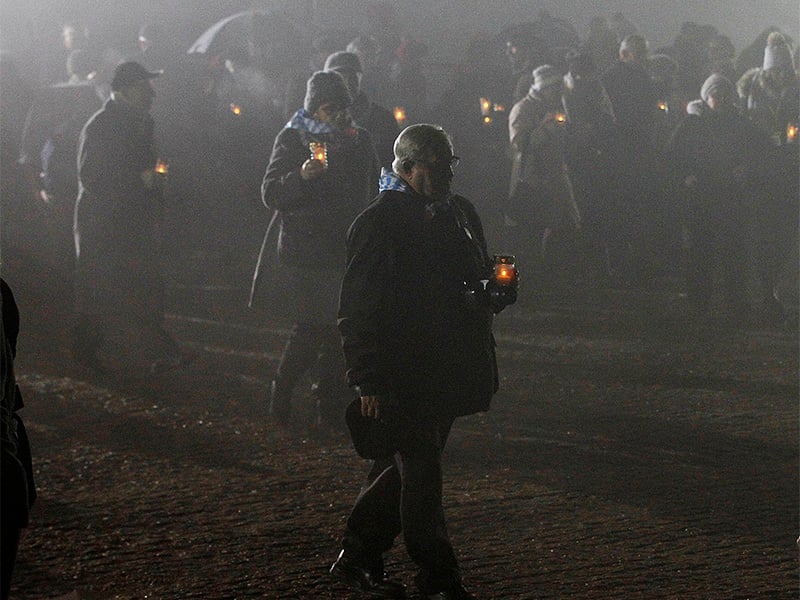 Survivors of Auschwitz arrive at the International Monument to the Victims of Fascism at the former Nazi German concentration and extermination camp KL Auschwitz II-Birkenau on International Holocaust Remembrance Day in Oswiecim, Poland, Saturday, Jan. 27, 2018. Saturday was also the 73rd anniversary of the liberation of Auschwitz-Birkenau by the Soviet army. (AP Photo/Czarek Sokolowski) A visitor takes a look at Christmas decorations at the "Christmas World" fair in Frankfurt, Germany, on Sunday, Jan. 28, 2018. (AP Photo/Michael Probst) A Pakistani Hindu groom, in traditional attire, waits for the start of a mass wedding ceremony in Karachi, Pakistan, Sunday, Jan. 28, 2018. The Pakistan Hindu Council organized a mass marriage ceremony for 82 couples who could not afford their wedding expenses. (AP Photo/Fareed Khan) Nepalese Hindu devotees roll on the ground on the banks of Hanumante River on the last day of Madhav Narayan festival in Bhaktapur, Nepal, Wednesday, Jan. 31, 2018. During the festival, devotees recite holy scriptures dedicated to the Hindu goddess Swasthani and Lord Shiva. Unmarried women pray for a good husband while those married pray for the longevity of their husbands by observing a month-long fast. (AP Photo/Niranjan Shrestha) Tourists gather in front of the monument to the Heroes of the Warsaw Ghetto who fought in the 1943 uprising, in Warsaw, Poland, Thursday, Feb. 1, 2018. Poland's parliament has backed legislation regulating Holocaust speech, a move that has the potential to strain relations with both Israel and the United States. (AP Photo/Czarek Sokolowski) Osorno Bishop Juan Barros smiles as he leaves the altar after Mass was celebrated by Pope Francis on Lobito Beach in Iquique, Chile, Thursday, Jan. 18, 2018. The Vatican said Tuesday, Jan. 30, 2018 that Maltese Bishop Charles Scicluna, the Vatican's most respected sex crimes expert, would travel to Chile to learn about the case of Bishop Juan Barros, accused by abuse victims of covering up for the country's most notorious pedophile priest. (AP Photo/Alessandra Tarantino) Muslim protesters pray as they burn an effigy during an anti-LGBT rally in Banda Aceh, Indonesia, Friday, Feb. 2, 2018. Hundreds of people staged the rally to protest against an investigation into local police who rounded up and publicly humiliated transgender women. (AP Photo/Hendri Abik)