(RNS) — In his six decades of preaching across the United States and around the world, Billy Graham reached an audience of 215 million — in person and via satellite. Here are the stories of five of those who heard him and whose lives were changed by the evangelist, who died on Wednesday (Feb. 21) at age 99.

The Rev. Wayne Detzler sums up Graham’s influence in his life this way. 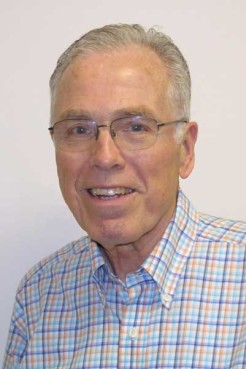 The Rev. Wayne Detzler became a United Methodist pastor in the Charlotte, N.C., area after volunteering at a Graham crusade when he was a teenager. Photo courtesy of Good Shepherd UMC near Charlotte, N.C.

“Mr. Graham’s ministry has totally changed the outlook and commitment and activity of our family for three generations,” said Detzler, a retired professor from Southern Evangelical Seminary near Charlotte, N.C., and a former United Methodist pastor.

Raised in the Detroit area by a telephone repairman and teacher — both influenced by Graham to spread their Christian beliefs — Detzler was won over by the evangelist at age 17 when he volunteered at a crusade as a counselor to the newly saved. He later spent nearly a decade working with Graham crusades in Europe, where as a university professor and freelance journalist he volunteered as a liaison to the German media.

In Europe, Detzler and his wife raised a daughter and son. His son, Mark, never shared his father’s Christian beliefs until he attended a Graham crusade in England at age 21. Mark became an evangelist, too, reaching out to Somalis, Pakistanis and other minority groups in England.

“He’s the one who really inspired me to be involved in evangelism,” said the elder Detzler, former pastor of congregational care at Charlotte’s 1,200-member Good Shepherd United Methodist Church. “Graham is absolutely what he appears to be. There are very few people in the world like that.” 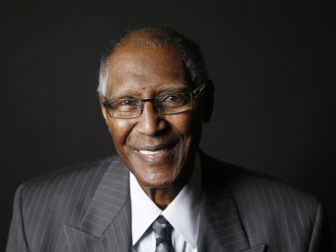 With the city of Cincinnati torn by race riots in 2001, a group of preachers came together across the color line to ask Graham if he would hold one of his crusades in their city and address the need for racial tolerance.

The chief fundraiser for the event was the Rev. Damon Lynch Jr., a black preacher in the city’s Over-the-Rhine neighborhood. He remembers that it was an unusual request for Graham, who had a reputation for steering clear of politics or anything that would divide an audience.

“‘Whosoever will, let him come’ — that’s what he preached,” Lynch said. “It was a soft gospel.”

But Graham obliged, agreeing to speak at one of his crusades on race relations.

The divisions in Cincinnati had become personal for Lynch. His son, the Rev. Damon Lynch III, was the president of the Black United Front, a group calling for a boycott of downtown Cincinnati, where Graham’s crusade would be held in Paul Brown Stadium.

During his visit, Graham privately met and prayed with both father and son. “We were together in terms of the gospel,” said the elder Lynch.

Despite the heat and his recent brain surgery, Graham persisted, preaching each of the four days of the crusade in a pair of sunglasses that Lynch helped him buy.

They had to go out of their way to avoid the press of media that hounded Graham at his hotel. “We had him registered in one hotel, but he stayed in another,” Lynch said, laughing. “It was deception, but it was Christian deception.”

In the end, the crusade was a success. They set records at the stadium, and more significantly, built bridges between racial communities.

It was 1958 and John Adamske faithfully attended a local Methodist church so he could meet girls, not God. The San Diego church held a weekly sock hop, and 16-year-old Adamske was a regular. One day, he arrived for the dance and a bus was outside. The Billy Graham Crusade was in town.

That night, Adamske and 40 students from the church heard the simple message of salvation delivered by Graham. Of the group, Adamske and a friend were the only ones to walk to the front and commit their lives to God.

From that time forward, Adamske said, he always watched the Billy Graham Crusade when it was on television. Years later, he was in the Air Force and living with his wife, Mary, in North Dakota. Graham came on TV, broadcast from a crusade in Toronto.

“What are you watching that for?” Mary asked.

Reluctantly, Mary joined him. And at the end of the show, she accepted Graham’s invitation to give her life to Jesus.

The two were committed lay leaders in their church for decades.

“He is a bulwark of what Christianity professes to be,” John Adamske said of Graham, more than 40 years after attending his first crusade. “He makes sure all his money is managed without any scandals. He’s been true to a lot of the scriptural principles that we all need to follow.

“(Evangelist Jimmy) Swaggart and so many others get to the point where they lose perspective. I’m not sure we won’t see them in heaven, but they made mistakes. Billy Graham has been careful not to make mistakes.”

Denny Repko: When Graham was president 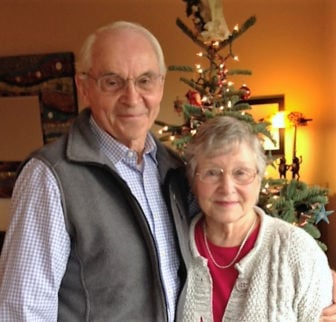 Denny Repko, left, with his wife, Carolyn Joyce Repko, is a longtime employee of The Navigators ministry who recalled attending the Northwestern Schools in Minneapolis when Billy Graham was president there in the 1950s. Photo courtesy of Denny Repko

When Denny Repko was an 18-year-old college freshman at Northwestern Schools in Minneapolis (now known as the University of Northwestern — St. Paul), Graham was the Bible school’s youngest president ever. It was 1950 — a year after Graham had made headlines with his Los Angeles crusade — and the preacher’s popularity was on the rise.

Graham’s return from each revival was a noteworthy event on the campus. When the preacher walked into a chapel service after a crusade, Repko and the other students would stand out of respect. The honor wasn’t for Graham, but because the students were awed to see what God was doing through him, Repko said.

Repko, now a Pasadena, Calif., resident, committed his own life to ministry when he finished school. He joined an international parachurch organization called The Navigators, and his ministry included years living in Europe. During that time, Repko trained counselors for Graham crusades in Norway and England.

Repko, who was still working with The Navigators in Pasadena in 2016 at the age of 84, noted that Graham was always above reproach with his money and his relationships with women.

“He’s always been one of my spiritual heroes, and I use that term in a very selective and careful sense,” Repko said.

Richard Goodwin remembers the day — May 26, 1957. That’s when Graham changed his life forever.

Stationed at the Army’s Fort Monmouth in New Jersey, Goodwin and his Army buddies used to go on leave in New York and eat at a servicemen’s canteen in Times Square. One day his mother wrote him to say that there was a world-famous preacher at Madison Square Garden, and that he should go.

Goodwin was never much of a godly man. “I thought to myself, ‘Sure — what do I want to do that for?'”

But when he went to that canteen on that day in 1957, a man came over and started talking to Goodwin about God and gave him a ticket to Madison Square Garden, where Graham had just started a six-week revival. Goodwin planned to tear up the ticket but in the end decided to go, and he found himself in the Garden sitting in the audience of 19,000, listening to a sermon that he remembered decades later. Graham spoke of the difference between a Christian home and a non-Christian home, but also of Jesus “who died for my sins.”

When Graham gave his trademark call, asking his audience to come to the stage to accept Jesus, Goodwin found himself in that throng of the converted.

“I went forward that night not knowing anything. I waited till the end of the invitation. I was one of the last ones to go. Mentally I asked myself — ‘What am I doing up here?'” he recalled. “Then it came to me. I was giving my heart to God.”

Afterward, he sat down and wrote a letter to his mother, telling her what he’d done.

As the crusade roared through that summer, extended three times to a record-breaking 16 weeks, Goodwin felt himself drawn back time and again. “I started going to the crusades every night. Eventually I joined the choir.”

Goodwin’s memories of that 1957 crusade are vivid. He remembers watching the back of Graham’s head from the choir, bobbing and thundering. He especially remembers the meeting at Yankee Stadium, when he helped put songbooks on the 100,000 seats. That event drew an overflow crowd estimated at 120,000.

“When they open all the seats for everybody, the people just poured on to that outfield, like ink being poured out of a bottle,” Goodwin said. “It was a tremendous, tremendous time.” 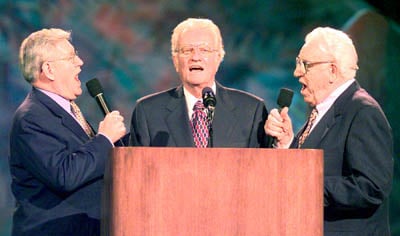 Evangelist Billy Graham is flanked at a 2000 crusade in Jacksonville, Fla., by his longtime musical associates Cliff Barrows, left, and George Beverly Shea in a rendition of “This Little Light of Mine.” RNS file photo by Bob Self

Goodwin stayed in New York and worked for a Queens trucking company. Later, he moved to Maine to take care of his ailing mother, but he returned for Graham’s 2005 crusade in New York.

The physical change he saw in Graham and his team members, Cliff Barrows and George Beverly Shea, was dramatic. “They were feeble,” Goodwin noticed. “When Bev Shea came to sing he had to lean on the podium.”

That year, Shea, who died at age 104 in 2013, was 96. Graham was 86. And Goodwin himself had just turned 70. “We all have to go through that process of getting old,” Goodwin said. “The Holy Spirit works through these jars of clay.”