(RNS) — A conservative Christian organization has asked video streaming giant Netflix to pull “13 Reasons Why,” a dramatic series that critics say glamorizes suicide, after several teens who reportedly watched the show took their own lives.

“This is not a partisan issue, not a conservative issue, but an issue of what we’re putting in front of our teens,” said Walker Wildmon, assistant to American Family Association President Tim Wildmon, his father. The Tupelo, Miss.-based group said it has collected more than 30,000 signatures on a petition calling for the cancellation.

“Fourteen-year-old Anna Bright from Alabaster, Alabama, killed herself April 18, 2017, after binge-watching the … series,” according to an AFA letter to Netflix CEO Reid Hastings sent late last month. Netflix, which has more than 100 million subscribers, had not responded to the AFA request as of publication of this story. 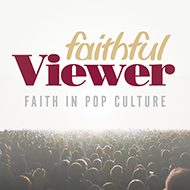 But Nic Sheff, one of the show’s editors and writers, has defended the straightforward depiction of suicide on the popular show, which is about to begin in its second season.

Once suicidal himself, Sheff said he survived because he heard a graphic story of suicide that repelled him. He wrote in Vanity Fair last year: “Facing these issues head-on — talking about them, being open about them —will always be our best defense against losing another life.”

While Netflix does not release ratings for its programming, entertainment trade magazine Variety reported that “13 Reasons Why” generated 11 million messages on Twitter, making it the “most-tweeted-about” show of 2017.

The AFA letter said Bright was “not the only one” to commit suicide after watching the show. “Bella Herndon and Priscilla Chiu, both 15-year-olds from California, also took their own lives just days after watching Hannah Baker kill herself” on the show, it read. The character, age 17 in the show, is portrayed by 22-year-old actress Katherine Langford, who was nominated for a Golden Globe Award for her performance.

The show is based on a 2008 novel by Jay Asher. Netflix rated the series MA-17, which means it’s aimed for adult audiences and some material may be unsuitable for those under 17.

Numerous media reports and studies — including one published in the American Medical Association’s Annals of Internal Medicine — note a spike in online searches for information on how one could commit suicide after the show premiered.

An October 2017 JAMA Internal Medicine editorial voiced concern about the show and suggested that the “strong response” to the series “may encourage others to produce similar shows.”

The editorial stated, “This immersion into the story and image may have a particularly strong effect on adolescents, whose brains are still developing the ability to inhibit certain emotions, desires, and actions.” The group called on producers to follow “safe messaging guidelines” when producing such programs.

Additionally, psychologist Dan Reidenberg of Bloomington, Minn., had warned Netflix not to air the series, according to a 2017 Syracuse Post-Advance report. Reidenberg, executive director of Suicide Awareness Voices of Education, said Netflix “made very clear to me” that cancellation wasn’t an option.

AFA’s Walker Wildmon said the campaign was also an informational effort. He said the series is “a very dark show, but it’s dark towards our teenagers. It targets them, it’s very dark, it glorifies suicide. We’re trying to inform adults you need to keep an eye on what your kids are watching.” 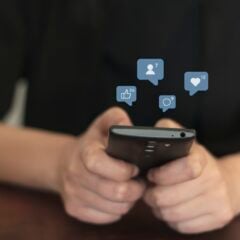 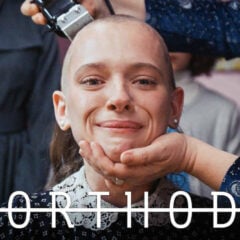