The 41-year-old husband and father has a personal reason, too, for supporting State Question 788 — a pro-marijuana initiative that the Bible Belt state’s voters will decide June 26.

“For myself, I would be interested in a prescription for it to see if it works better than my anxiety and depression medications,” said Griffith, co-pastor of a Presbyterian church near downtown Oklahoma City and a member of the national group Clergy for a New Drug Policy. Bobby Griffith, one of the pastors of City Pres OKC, a Presbyterian Church in America congregation in Oklahoma City, supports legalizing medical marijuana in Oklahoma. Photo courtesy of Bobby Griffith

As Griffith characterizes it, the Oklahoma ballot measure’s potential to improve health outcomes and reduce dependence on addictive opioid painkillers makes it a “moral issue.”

“The moral issue to me is really a family issue,” Lankford, who directed a Baptist youth camp before his 2010 election to Congress, told Religion News Service.

“The best thing for our state is not to get more parents and grandparents to smoke marijuana,” added the senator, who filmed a commercial urging voters to reject State Question 788. “To have our communities more drug-addicted and distracted, that doesn’t help our families. It doesn’t make us more prosperous. It doesn’t make our schools more successful.”

About 30 states have passed medical marijuana laws, starting with California in 1996, according to the National Conference of State Legislatures.

Oklahoma would be the first to do so without listing qualifying conditions. That, assert critics, would allow doctors to issue two-year marijuana licenses to patients for any reason. The Oklahoma State Medical Association cites a lack of “evidence-based studies” to support medical marijuana.

“It’s trying to trick the people of Oklahoma into buying into it,” said the Rev. Paul Abner, an Assembly of God pastor who leads an anti-marijuana coalition called Oklahoma Faith Leaders.

On the other hand, Oklahomans for Health, the most vocal group rallying support for the ballot measure, says all patients and their doctors “should have the freedom to consider all available medical care options.”

While that group has no overt religious message, faith arguments are prominent in a state where three out of four residents describe themselves in Gallup polling as “moderately religious” or “very religious.”

The vote — which will take place on the state’s primary day for governor and other state and federal offices — resulted from a petition signed by nearly 68,000 voters and presented to state officials two years ago.

If State Question 788 passes, Abner warns, Oklahoma could follow the nine states that have authorized recreational use of marijuana.

“The key thing is that it’s not medical,” he said. “This is something that’s hiding behind that (terminology) to bring recreational marijuana to Oklahoma. And from a spiritual standpoint, none of us can sustain the sound minds and healthy bodies God desires us to have when we place ourselves under the controlling influence of something other than the Holy Spirit.”

Other religious opponents include top officials of the Baptist General Convention of Oklahoma — representing the state’s roughly 577,000 Southern Baptists — and the Catholic Conference of Oklahoma, the public policy arm of the state’s Roman Catholic dioceses, comprising roughly 288,000 parishioners.

“My hope is that Oklahoma will vote down marijuana legalization and continue to put legal barriers between addiction and the communities it devastates,” Russell Moore, president of the Southern Baptist Convention’s Ethics and Religious Liberty Commission, said in a statement published by The Baptist Messenger, an Oklahoma newspaper. But Jon Middendorf, senior pastor of Oklahoma City First Church of the Nazarene, said he favors “whatever can bring relief to folks who are in chronic pain.”

“I’m just exhausted of conspiracy theories that always seem to emanate from the Christian right,” said Middendorf, who stressed that he was speaking personally and not on behalf of his congregation.

“There’s always some sinister story behind it all,” he added. “It really might be that somebody who’s in pain just needs something that hasn’t been tried just yet, that offers some help for relief and quality of life, that they would not have had otherwise.” 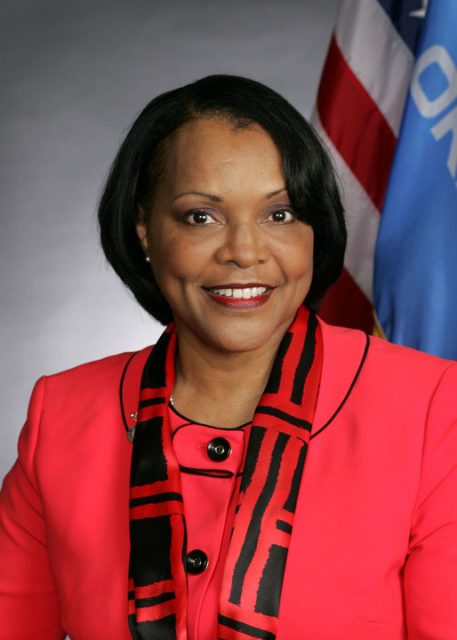 Former state Sen. Connie Johnson, a Democrat running for governor who supports the marijuana initiative, acknowledged that she sees it as the first step toward approving full recreational use.

Legalizing marijuana use would help reduce Oklahoma’s mass incarceration rate, now one of the highest in the nation, said Johnson, a longtime member of the Church of the Living God in Oklahoma City.

“Suffer the little children to come unto me,” Johnson told RNS, quoting Jesus’ words in Matthew 19:14 of the New Testament. “Our children’s lives are just beset with issues of locking up their parents and putting them in the pipeline to prison,” she added, pointing to potential economic and health benefits of medical marijuana.

Typically, Oklahomans rank among the most conservative voters in the nation:

“We’ve polled this issue multiple times over the last five years, and we continue to see that certain groups, who one might think would be opposed to SQ788, continue to support it,” Shapard said in a statement. “Thirty years ago, these groups would have opposed it, but roughly half have changed their minds since then.”

Griffith, whose congregation is affiliated with the Presbyterian Church in America, said some of his most conservative friends support State Question 788. 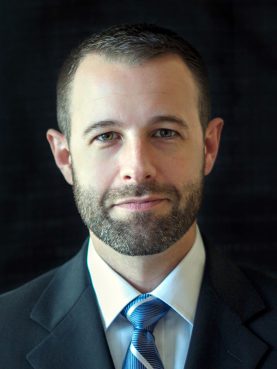 “A very conservative person I know — I mean, she loves President Trump but she also wants medical marijuana,” he said. “She has rheumatoid arthritis and wants to have something that helps relieve the pain and has some healing qualities about it without the addiction.”

“National trends are undeniably moving … in the direction of medical marijuana and increasingly to recreational use,” Farley said in an email. “We believe this is symptomatic of a cultural shift in the West, away from institutions and values that have served as the foundation of Western society for millennia.”

Oklahoma, Farley added, is still rooted in traditional Christian ethics. “But the barriers are quickly coming down.”