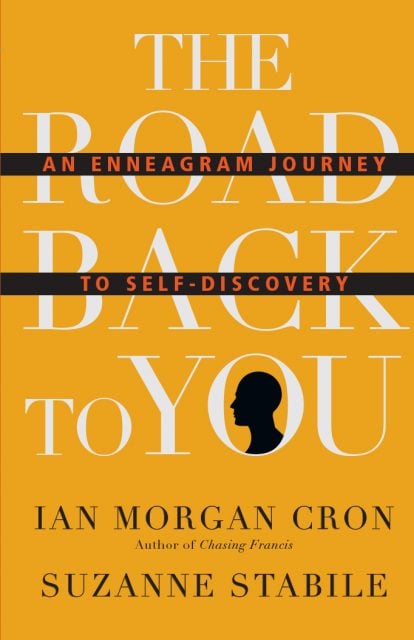 “The Road Back to You: An Enneagram Journey to Self-Discovery” Image courtesy of InterVarsity Press.

(RNS) — “Everywhere I go, people talk about the Enneagram,” said Ian Morgan Cron, co-author with Suzanne Stabile of “The Road Back to You: An Enneagram Journey to Self-Discovery.” The book has sold more than 165,000 copies since its release in 2016 from Christian publisher InterVarsity Press. Cron has also spun off a successful podcast, Typology, which has grown to more than 300,000 downloads a month.

Full disclosure: I edited “The Road Back to You,” and I am even more fascinated by the Enneagram now than I was then. I first discovered the personality typing system some years before, when some pastor friends sat me down to explain how helpful this system had been for them in their ministry as well as in personal matters, like parenting their inscrutable teenagers.

“So it’s just a personality test?” I asked. I have since learned that referring to the Enneagram as “just” a personality test is to its aficionados like calling Beyoncé “just” a singer. It is a personality test, but it’s also so much more: a spiritual tool, a map of self-discovery and a discipline that will kick your butt with a new awareness of your shadow side.

I have become something of an evangelist for the Enneagram, which surprises me because I’m rarely a bandwagon person and because as a historian I find its provenance a bit dodgy. What we know about the Enneagram’s past is frankly sketchy. Various people have claimed it has religious roots in ancient Greece (“ennea” means “nine”), but there’s not much of a paper trail, and even flimsier evidence for claims of connections with Jewish or Sufi mysticism.

What we do know is that it surfaced in South America in the 1960s in more or less its current form of nine sacred types, each representing (in the broadest sense) a particular orientation: One is the Perfectionist, Two is the Helper, Three is the Performer and so on. Each basic type also contains a host of nuances that speak to the reality that human beings are each “fearfully and wonderfully made,” as the Psalm says. There are subtypes, “wings,” stances, triads, virtues and vices, among other subtleties.

The Enneagram didn’t burst onto the American scene right away. It started making gradual inroads in the 1970s as strictly an oral tradition, passed down from teacher to student but not recorded. Some teachers were afraid that if it were written down, the Enneagram would be trivialized and commercialized. But books began appearing in the 1980s and have recently accelerated: There are now books on how the Enneagram can help with your business, your sex life, your parenting style and of course your spiritual growth.

And yes, some trivialization has happened, but so has deep spiritual transformation, as many attest. Indeed, one of the big trends with the Enneagram now is how it is (finally) being recognized and adopted by traditional religious practitioners, Christians in particular.

Jan Shegda, conference chair for the International Enneagram Association, cites the work of Franciscan writer Richard Rohr as having been profoundly influential in mapping the intersection of Christian faith and the Enneagram. Rohr, who was an early teacher because his spiritual director was among the very first group to learn about the Enneagram, “has created quite a following in the Christian tradition,” according to Shegda. 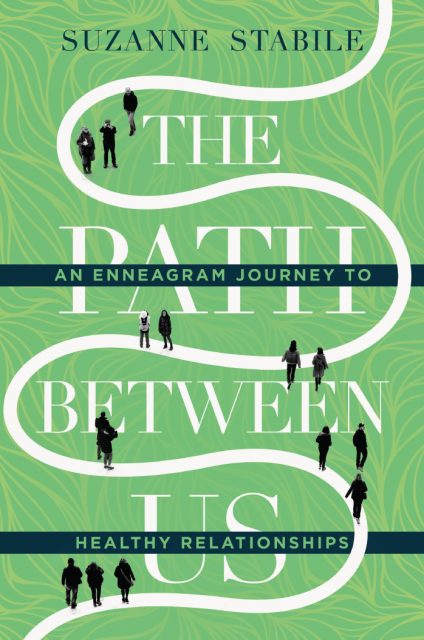 “The Path Between Us: An Enneagram Journey to Healthy Relationships” Photo courtesy of InterVarsity Press

Rohr’s popularity has opened the door for other books on religion and the Enneagram, including not just “The Road Back to You” but also Stabile’s “The Path Between Us” and Christopher Heuertz’s “The Sacred Enneagram,” all published within the last two years.

The religious focus will be apparent next week at the International Enneagram Association’s global conference, where several hundred Enneagram teachers and enthusiasts will gather in Cincinnati. I’ll be there too, soaking it up.

“There is going to be a session specifically about Christianity and the Enneagram, and another about the Buddhist approach to the Enneagram,” said Shegda. “So those two faith traditions will each have a formal workshop. But really, in any of the sessions you attend, there is a spiritual component.”

Also new this year is a separate “track” for programming related to personal and spiritual development.

Why the uptick in interest in the Enneagram, especially among Christians? In addition to the books from Christian presses, there are now church groups to discuss the Enneagram in many Protestant congregations: Episcopal, Methodist, Baptist and Presbyterian churches have joined Roman Catholic parishes in holding retreats and workshops on the Enneagram.

Cron said he also hears from readers and podcast listeners who are not interested in being part of a church but are still deeply interested in spiritual growth. Enter the Enneagram, which promises self-knowledge with or without traditional religious belonging. “In our world now, a lot of the institutions that helped people to understand who they were are gone, or they don’t have as much influence,” he explained.