(AP) —  Jewish people are protected by a law against racial discrimination in employment decisions, a federal magistrate judge has concluded in siding with a football coach suing a private Baptist college in Louisiana.

The nation’s highest court hasn’t defined what “race” means under the Civil Rights Act of 1964, U.S. Magistrate Mark Hornsby said in a court filing Friday (July 13). But he concluded that Jewish citizens have been treated as a racial or ethnic group entitled to the law’s protection against employment discrimination.

“Modern sociologists and anthropologists, especially with advancements in DNA studies, debate whether Judaism is a people, a religion, or both. There is no doubt, however, that many people have and continue to view being Jewish as a racial identity,” Hornsby wrote. 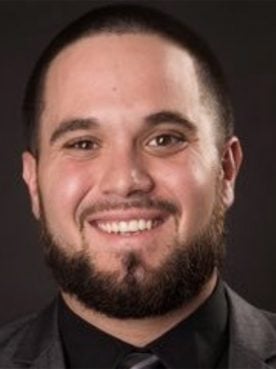 The magistrate issued his findings in a civil case football coach Joshua Bonadona filed against Louisiana College in February. Bonadona claims the college’s president, Rick Brewer, refused to approve his hiring because of what he allegedly called the applicant’s “Jewish blood.”

The magistrate recommends allowing Bonadona to continue pursuing his claim that the Pineville college racially discriminated against him because of his Jewish heritage.

An attorney for the college argued for dismissing the claim, saying Jewish ancestry doesn’t qualify as a protected “race” under federal law. Hornsby rejected this.

“America is no stranger to anti-Semitism, which is often rooted in prejudice against a person based on his heritage/ethnicity without regard to the person’s particular religious beliefs,” the magistrate wrote. “Jewish citizens have been excluded from certain clubs or neighborhoods, and they have been denied jobs and other opportunities based on the fact that they were Jewish, with no particular concern as to a given individual’s religious leanings.”

The college can ask a district court judge to review Hornsby’s recommendation before the court adopts it.

Bonadona’s attorney, James Bullman, said he hasn’t found another case in which a court has ruled that Jews are racially protected under Title VII of the Civil Rights Act of 1964.

“This is precedent-setting,” he said.

David Barkey, senior counsel for the Anti-Defamation League, said the lawsuit raises a “sensitive issue” for the Jewish community, given that Nazis and other far-right extremists have perpetuated the anti-Semitic concept that Jews belong to a biologically inferior “distinct race.”

“I think we have to remember this is a legal decision, not a scientific or sociological decision,” Barkey said. “The only concern that I would have is if it was being taken out of context to legitimize extremist views.”

Bonadona was born into a Jewish family but converted to Christianity during his time as a Louisiana College student and kicker on the school’s football team. He often led the football team’s “Christian devotional,” but it was a “widely known fact” on campus that his mother was Jewish, the lawsuit says.

Bonadona says he applied for a job as defensive backs coach at his alma mater and was interviewed in May 2017 by Brewer and the school’s head football coach, Justin Charles. The head coach later told Bonadona that he had recommended him for the job, but the college didn’t approve his hiring because of his “Jewish descent,” the suit alleges.

Brewer has said he has been unfairly vilified and has denied that he refused to sign off on hiring Bonadona because of the man’s Jewish heritage.

“I feel wounded by such reactions because I love and worship Jesus Christ, whose shed blood is the reason I have a personal relationship with the eternal God,” Brewer said in a statement released by the college earlier this year. 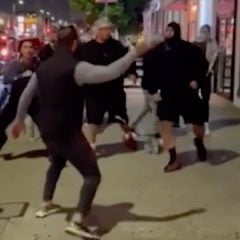 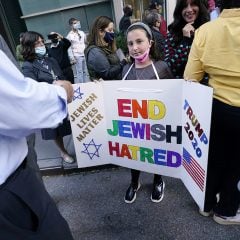