(RNS) — Each week Religion News Service presents a gallery of photos of religious expression around the world. This week’s gallery includes images about abortion rights in Argentina, cave survivors becoming monks and more. 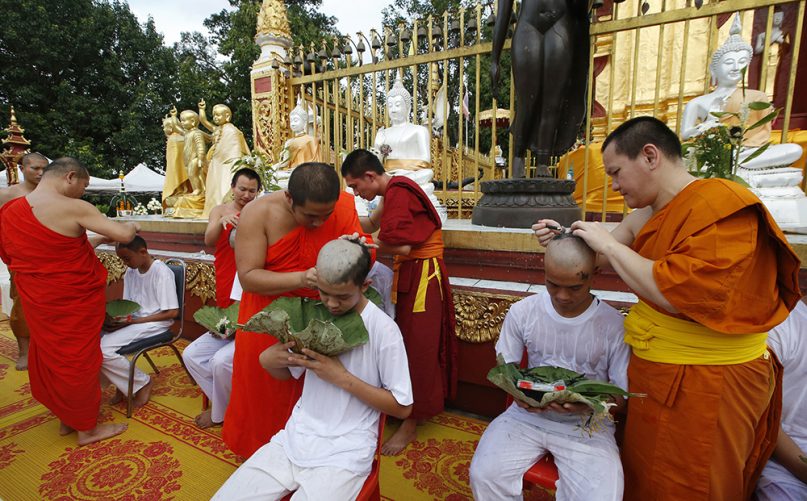 Soccer coach Ekkapol Ake Chantawong and team members who were recently rescued from a flooded cave in Thailand have their heads shaved in a traditional Buddhist ceremony in Mae Sai District, Chiang Rai Province, Thailand, on July 24, 2018. The teammates and their coach prepared to be ordained to become Buddhist novices and monks. (AP Photo/Sakchai Lalit) 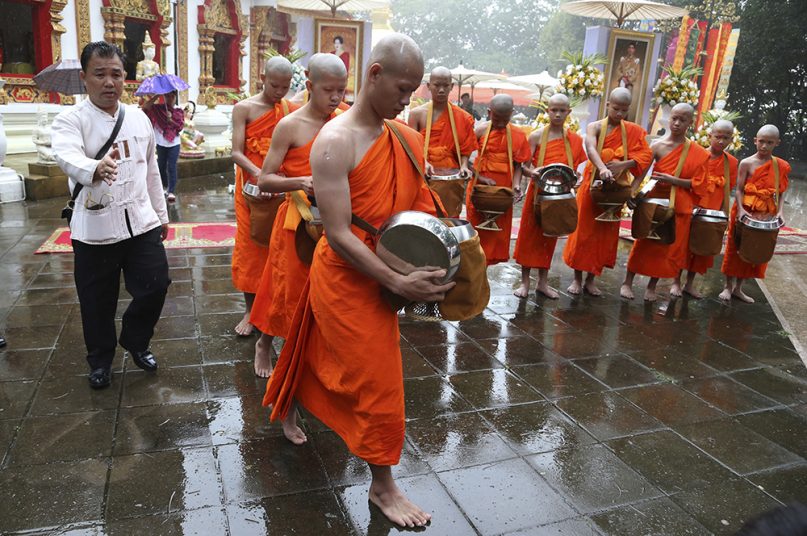 Coach Chantawong, front, and members of the rescued soccer team attend a ceremony as they prepare to be ordained as Buddhist monks and novices on July 25, 2018. (AP Photo/Sakchai Lalit) 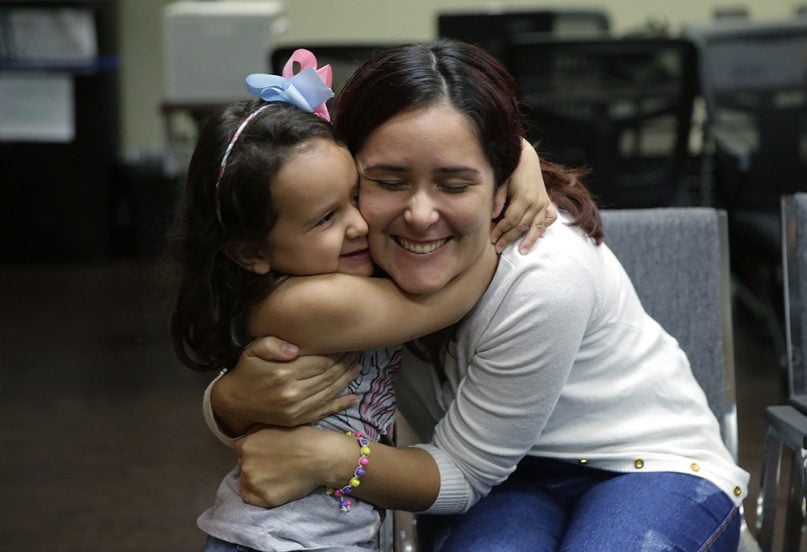 Natalia Oliveira da Silva, an immigrant from Brazil seeking asylum, and daughter Sara, 5, hug as they wait at a Catholic Charities facility in San Antonio on July 23, 2018. Since their separation in late May, Sara had been at a shelter for immigrant minors in Chicago, while Oliveira was taken to various Texas facilities. As the Trump administration faces the deadline to reunite hundreds of families, it is shifting the responsibility for their well-being to faith-based groups, primarily in Texas and Arizona. (AP Photo/Eric Gay) 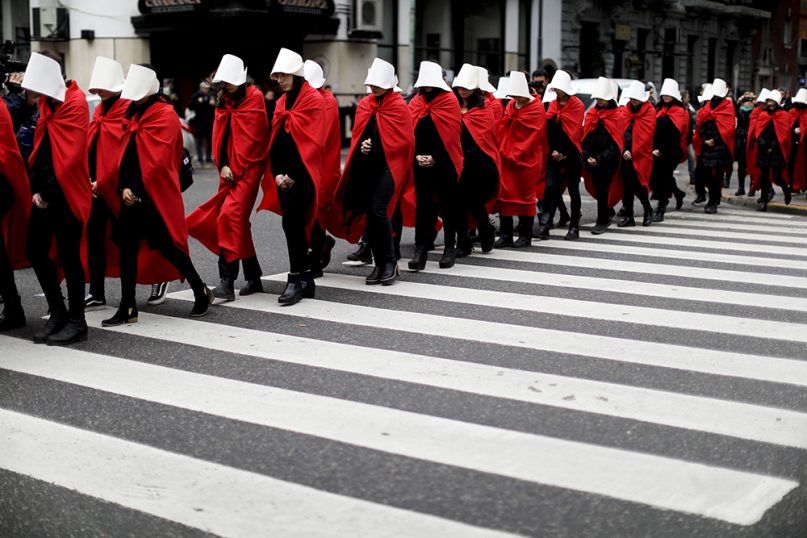 Pro-choice activists in Buenos Aires, Argentina, wear costumes from “The Handmaid’s Tale,” Margaret Atwood’s dystopian novel, now a television series, outside Congress. There, lawmakers passed new abortion-related legislation scheduled to be voted on by the Senate on July 25, 2018. Atwood showed her support on Twitter for the law, which would legalize elective abortion in the first 14 weeks of pregnancy throughout Argentina. (AP Photo/Natacha Pisarenko) Andrew Craig Brunson, an evangelical pastor from Black Mountain, N.C., arrives at his house in Izmir, Turkey, on July 25, 2018. After being jailed in Turkey for more than 18 months on terror and espionage charges, Brunson was released Wednesday and placed under house arrest as his trial continues. The pastor, 50, was let out of jail to serve home detention due to health problems, Turkey’s official Anadolu news agency said. (AP Photo/Emre Tazegul) 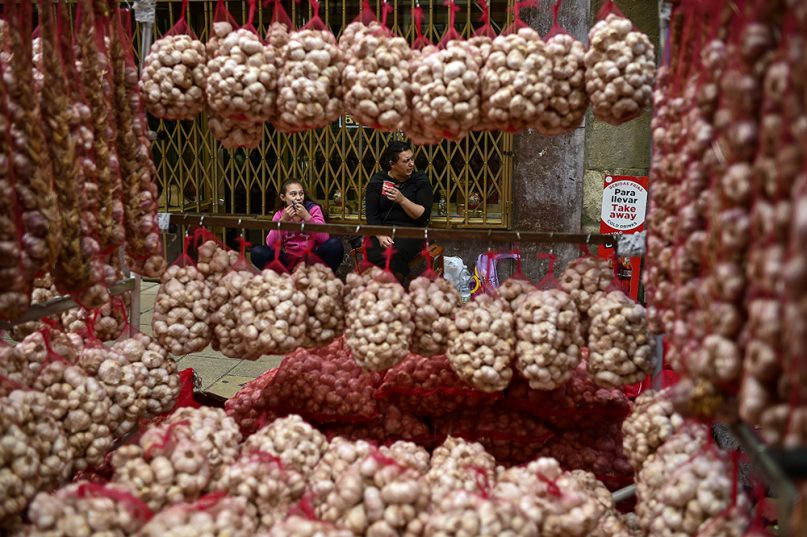 Sellers take a lunch break while preparing strips of garlic during the Garlic Fair in Vitoria, Spain, on July 25, 2018. Every year a traditional garlic market takes place on St. James Day, drawing producers from all around Spain. (AP Photo/Alvaro Barrientos) 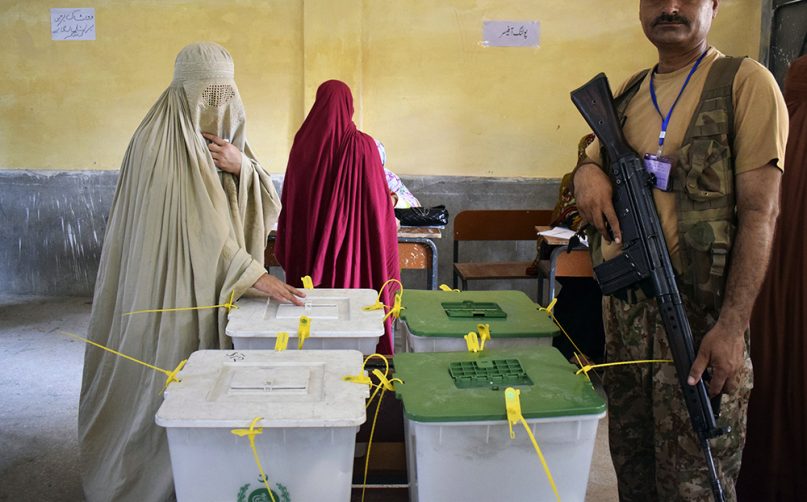 A woman casts her vote at a polling station for the parliamentary elections in Peshawar, Pakistan, on July 25, 2018. After an acrimonious campaign, polls opened on Wednesday to elect Pakistan’s third straight civilian government. The majority-Muslim nation has been directly or indirectly ruled by its military for most of its 71-year history. (AP Photo/Muhammad Sajjad) 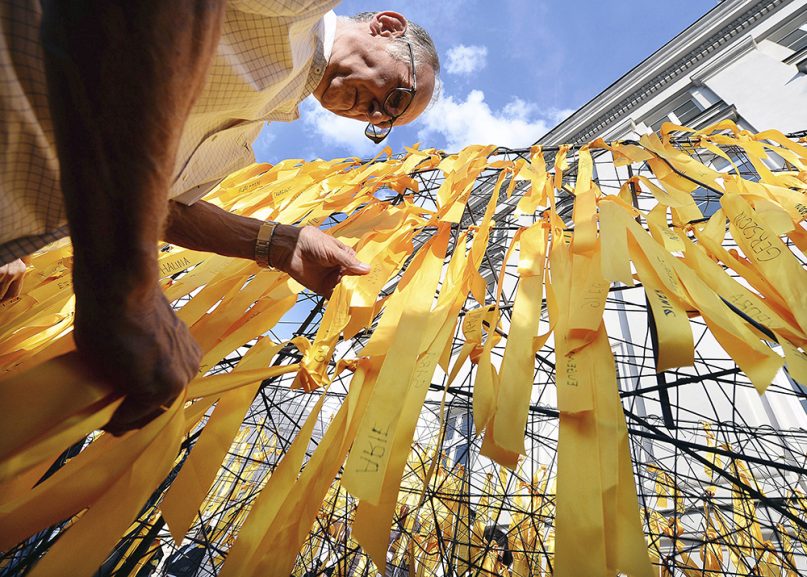 Participants place yellow ribbons bearing Jewish names on a barbed-wire fence during a march that marked 76 years since the first deportations were made from the Warsaw Ghetto. The event, held at Umschlagplatz Monument in Warsaw, Poland, on July 22, 2018, honored Jewish activist Szmul Zygielbojm, who took his own life in 1943 to protest the world’s indifference to the Holocaust. (AP Photo/Czarek Sokolowski) Asmina Bano, wife of Rakbar Khan, is comforted by family and neighbors as she lies on a cot outside her home in Kolgaon Village, India, on July 24, 2018. Khan, a cattle trader, died after being thrashed and lynched by a mob last week on suspicion of cattle smuggling. Several mob attacks on minority groups involved in cattle trade have occurred since the Hindu nationalist Bharatiya Janata Party swept national elections in 2014. Cows are considered sacred in Hindu-majority India, and slaughtering them or eating beef is illegal or restricted across much of the country. (AP Photo/Altaf Qadri)