(RNS) — Amid new sexual misconduct allegations against founding pastor Bill Hybels, Willow Creek Community Church is facing a reckoning at all levels of leadership. The shameful situation at the iconic church should inspire Christian communities everywhere to take seriously how power corrupts, and guard more vigorously against its abuse.

Leaders have been dropping like flies this week at Willow Creek, a megachurch that draws about 25,000 worshippers to eight Chicago-area sites each weekend.

Lead teaching pastor Steve Carter resigned in protest Sunday (Aug. 5) after The New York Times reported a former executive assistant’s allegations that Hybels, now retired, had engaged her in unwanted fondling, which constitutes a type of sexual assault. Three days later, lead pastor Heather Larson also stepped down, citing a need for a “fresh start” at the church. The entire elder board resigned, too. Outgoing elder Missy Rasmussen apologized that the church had not been more proactive when the allegations against Hybels first came to light in 2014.

“We are sorry that we allowed Bill to operate without the kind of accountability that he should have had,” she said, Christianity Today reported.

This is a crucial moment for Willow Creek — and for myriad churches that follow its lead. It’s no exaggeration to say that Willow Creek sets the course for like-minded churches worldwide. Largely through the Global Leadership Network, which is supported by the Willow Creek Association, the church has modeled seismic growth using cutting-edge technology, the arts and consumer comforts not found in traditional houses of worship. How it responds to the allegations now, with new leadership and an independent council, could change how scores of evangelical churches respond to sexual misconduct in their midst.

I hope they get it right.

But I’m not sure Willow Creek can honestly evaluate itself without having to completely recast the way it operates as a church. The Hybels story is, of course, about sex — how sexual desire, left unchecked, damages relationships, marriages and entire ministries. But it is, at a far deeper level, about power: how individuals wield it and how institutions protect it.

Leaders’ sexual impropriety breeds on a power that whispers in their ears: “You are too big to fail.” What Willow Creek, and all Christian communities, need in our #MeToo/#ChurchToo moment is a sober reckoning with power — what power is, how it works in institutions and how to mitigate its subtle lure in churches led by magnetic men.

If money, sex and power are the unholy trinity of spiritual temptation, arguably most Christians have a relatively paltry understanding of the third. Churches teach regular tithing and Dave Ramsey-style financial management. Scads of books and articles are written every year helping Christians practice sexual purity before marriage and sexual fulfillment within it. By contrast, little is taught and written about power and its corrosive effects. 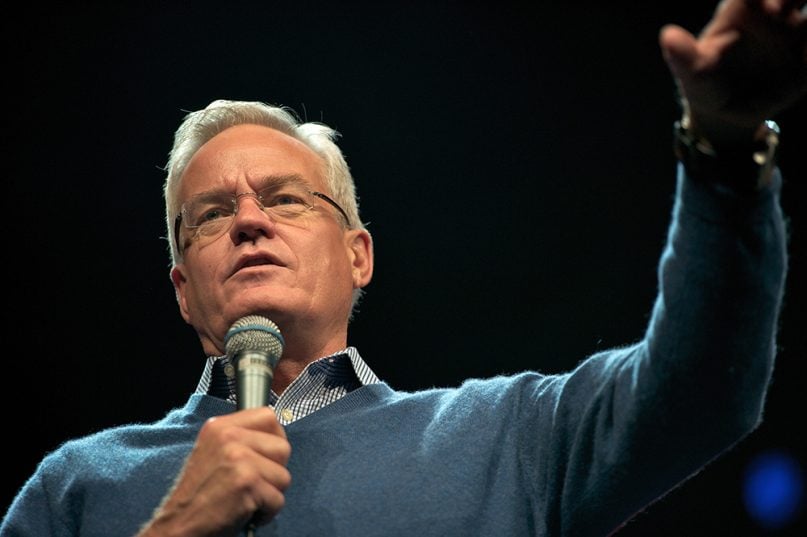 Arguably no mortal soul can properly steward alone the amount of power Hybels held at Willow Creek. He had built it from the ground up, meeting in a theater and growing from 125 to 2,000 people in two years. Charismatic and entrepreneurial, Hybels befriended then-President Clinton, Bono and Colin Powell, often appearing alongside them at the Global Leadership Summit, a two-day conference for church leaders.

According to Nancy Beach, one of Hybels’ accusers, he could be an exacting leader who didn’t tolerate imperfection among staff. Many of his best-selling books found success in the corporate business world. Over time, his name became synonymous with that of Willow Creek, which remains nondenominational and thus unaccountable to a larger denomination or governing body.

Hybels reported to a board of elders, but as The New York Times notes, oftentimes such boards are approved by the pastor, thus ensuring clergy can recruit friends and otherwise malleable followers. The reaction of Willow Creek’s elder board to the allegations suggests that they were more concerned with protecting the church’s image than pursuing the full truth or justice for potential victims.

According to allegations from at least three women, Hybels used his power, and the trust extended by staff, to pursue sexually inappropriate contact. But Willow Creek leaders also played a role in allowing such behavior to fester.

What would a healthy reckoning with power in Christian communities look like?

1. Churches must seek leaders who are accountable and vulnerable, not just charismatic and driven. Every leader, no matter how spiritually mature, educated and gifted, must submit to normal structures of unbiased accountability on multiple levels. This would mean, at least, a board of elders who are chosen independently of the pastor’s preference; a larger denominational body or regional pastors network that governs local affairs; and a supportive setting in which pastors can share vulnerably about all dimensions of their spiritual growth and challenges. Agreement to accountability should be part of the pastoral hiring process in every church. If an otherwise talented leader chafes against answering to other people, prepare for trouble.

2. Denominations should weed out power abusers. Research suggests a high number of people with narcissistic personality disorder end up in ministry. Narcissists are skilled power wielders, using manipulation, gaslighting and deceit to consolidate power for selfish ends. Denominations should use vigorous, thorough psychological testing to weed out leaders who for various reasons can’t be trusted with that much power over people’s lives.

3. Empower the marginalized. If churches are really living out the faith they profess, they will do everything to share power with the powerless — including foremost those who have been sexually mistreated. After all, Christians believe that the kingdom of God brings a reversal of the world’s account of power. This means, for example, that people like Pat Baranowski — who shared a particularly heartbreaking account of Hybels’ behavior — will be believed, and that swift action will be taken to rectify wrongdoing against them.

If the church is worth its salt in the era of #MeToo, it will be the first, not last, place to believe women who come forward with painful stories — even if that means that our beloved pastors must come down off the pedestal. 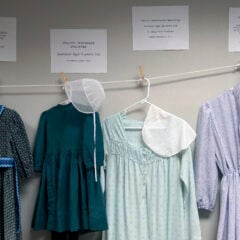 News
Archbishop resigns from Anglican Church of Canada over sexual misconduct
Follow us on Facebook!
Submit your photos to RNS