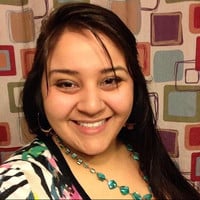 In 2011, Andrea Sokolowski had a part-time job looking after toddlers before and after their pre-school program at Trinity Christian School, a nondenominational, nonprofit educational institution run under the auspices of Trinity United Methodist Church in Windsor, Connecticut. When the unmarried Sokolowski became pregnant, the school fired her.

Whereupon she filed a complaint of illegal discriminatory practice with the state human rights commission. The commission agreed that she had indeed been let go in violation of the Connecticut Fair Employment Practices Act, which prohibits employers from terminating a woman's employment because of pregnancy and from discriminating against persons because of their marital status.

In a series of motions before the commission and in court, the school asked that the complaint be dismissed, claiming, first, that the state's 1993 religious freedom law makes religious institutions immune from employment discrimination actions; and second, that the U.S. Supreme Court's 2012 Hosanna-Tabor decision recognizes Sokolowski as a "minister" and therefore not subject to laws barring employment discrimination.

Last week, the Connecticut Supreme Court unanimously rejected both claims in upholding the decisions of the commission and the lower courts.

The high court made clear that, far from barring employment actions outright, the religious freedom law simply provides that in order to defeat a free exercise (religious freedom) claim, the state has to demonstrate a compelling interest and show that it is achieving that interest by the least restrictive means. (The law was, as it happens, the nation's first Religious Freedom Restoration Act, codified even before Congress passed the federal RFRA to negate the U.S. Supreme Court's 1990 Smith decision.) It seems evident that the state does have a compelling interest in enforcing anti-discrimination employment laws, and that penalizing firings that violate them is the least restrictive means it has of doing so.

As for Hosanna-Tabor, the court understood the decision as determining that the ministerial exception "operates as an affirmative defense to an otherwise cognizable employment discrimination claim rather than a jurisdictional bar." In other words, just because a religious organization claims that an employee is a minister doesn't mean that she is.

So Andrea Sokolowski will get her day in court. The question to be answered is whether, as a part-time caretaker of toddlers, she was in fact functioning as a "minister" and therefore is not protected by anti-discrimination employment law.

Trinity Christian says she signed a statement that she'd read its staff manual and agreed to its terms, that she failed in her duties to train children in "Christian faith and practices." The civil authorities in Connecticut didn't buy it. Who ought to win?

One could argue that a religious institution should be allowed to hold its employees responsible for adhering to its standards of belief and conduct. Whether that responsibility makes all employees into ministers is another question. And what if those standards aren't explicit?

Christianity teaches that we're all sinners. Does being unmarried and pregnant prevent a childcare worker from inculcating Christian faith and practices?

A decent society that wants to both protect citizens from discrimination and respect religious freedom needs to balance the two imperatives carefully. The impulse to reject one or the other out of hand has to be resisted. Thumbs down on motions to dismiss.