KAKUMA REFUGEE CAMP, Kenya (RNS) – When Kennedy Mukama fled from Uganda in 2015 because of harsh anti-gay laws and harassment, he hoped to find safe haven in a United Nations refugee camp.

But within a few months, those hopes were dashed.

He says religious leaders spurred their followers to attack and beat him for allegedly promoting homosexual behavior.

“It was the saddest day in my life,” said Mukama, 25. “I didn’t expect that people who call themselves Christians could attack me in that manner. I lost consciousness after one of them hit me on the head with a sharp object. I found myself in hospital after I recovered.”

Religious hostility is a major challenge for the estimated 200 self-identified lesbians, gays, bisexuals and transgender refugees at Kakuma, which hosts almost 180,000 refugees from Burundi, the Democratic Republic of Congo, Ethiopia, Sudan, South Sudan, Somalia and Uganda.

Many refugees at the camp believe that homosexuality is wrong and gays must be punished, said Moses Mbazira, a representative of the LGBTI refugees in Kakuma Refugee Camp. A female member of the LGBTI community at Kakuma Refugee Camp bleeds after being attacked on May 5, 2018. RNS photo by Sam Mugoya

“They have attacked and injured some of us. They think we are cursed with a demon and evil spirit of homosexuality,” Mbazira said. “The religious leaders are too homophobic and we so much fear them of even getting near them for fear of being killed or attacked.”

Uganda is among 73 countries in the world where homosexuality is illegal, according to a comprehensive survey of sexual orientation laws from the International Lesbian, Gay, Bisexual, Trans and Intersex Association. A 2103 Pew Research survey found only 4 percent of Ugandans say society should accept homosexuality.

And Uganda is among the most dangerous places in the world to be lesbian, gay, bisexual, transgender or intersex, according to Human Rights Watch and Amnesty International.

Many LGBTI Ugandans face arrest, discrimination, eviction from their homes and violence from Ugandan police and individuals. Some sought refuge in Kenya, where homosexuality is also illegal but enforcement of the law is sporadic.

But they could not escape hostility fueled by religion.

“The first time I attended a church service in the camp, the pastor preached against homosexuality, saying they were evil kind of people,” said Mukama, who used to live in Kampala, the capital of Uganda. “When I went there for a second time, they rejected me, saying somebody had told them I was gay. They threatened to beat me and even kill me.”

Mbazira said the government of Kenya was not the enemy. He blamed religious leaders instead.

“Words preached by spiritual leaders in big churches and mosques in the camp are not anointful since they focus on preaching hate, henceforth breeding insecurities from holy places that agonize our lives,” said Mbazira.

Peter Long, a South Sudanese pastor at one of the Pentecostal churches in the camp, said the LGBTI refugees need to change their behaviors before they can attend his church.

“We want them to come and pray with us only if they can accept to change,” he said. “Light and darkness cannot mix. They might influence others to become what they are. So, they need to accept change. Then they will be accepted.” 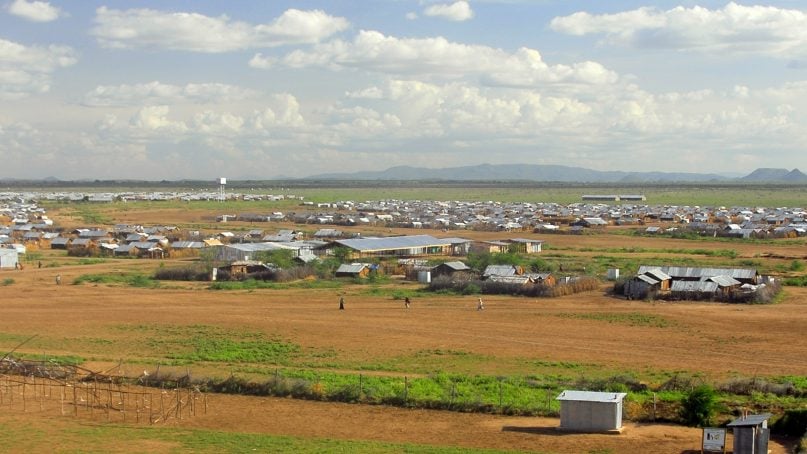 Block 2 of the Kakuma Refugee Camp in 2010. Photo by Matija Kovac/Creative Commons

Seda Kuzucu, the UNHCR senior protection officer of Kakuma Refugee Camp, recently said that all refugees have equal rights to live in the camp.

But Mbazira said LGBTI refugees are treated differently. They are separated from others, often in worse conditions, and even are denied food, he said.

“We are very much discriminated,” Mbazira said. “Living as an LGBTl in Kakuma Refugee Camp has been of a great challenge than the rest of other refugees. LGBTI members are heavily persecuted by both the host community and other refugees in all spheres of life.”

Now they are not sure where to go.

Mukama and other LGBTI refugees now prefer to be relocated in America or Europe, where they feel they will receive protection.

“I want to get out of this camp as soon as possible so that I can save my life,” Mukama said. “I no longer feel safe in the hands of these cruel people.”

Mbazira and other LGBTI refugees in the camp have now decided to form their own church. But they still do it under fear of attack.

“We conduct private prayers among ourselves because that’s the only way we can pray or encourage each other,” he said. “But it’s a huge risk for us, too, because sometimes we gather together with fear of being invaded by these religious people. Some are fellow refugees but not LGBTIQ, and some are even from the Kenyan community. So we face hostilities of all kinds.” 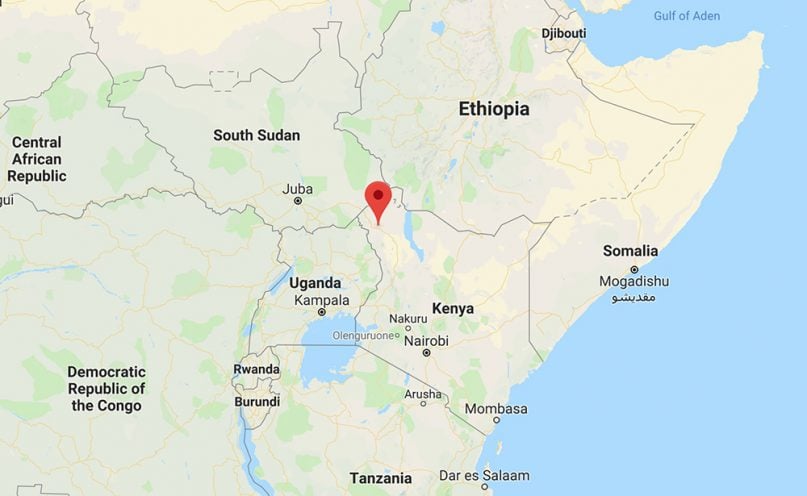 The location of the Kakuma Refugee Camp in northern Kenya. Map courtesy of Google Maps

News
Kenyan faith leaders fight to preserve ‘Sunday best’ at church
Follow us on Facebook!
Submit your photos to RNS