(RNS) — In recent months, sexual abuse and sexual assault have dominated conversations across the country. From politics to entertainment, sports to religion to education, no corner of our culture has found itself immune to controversy over allegations of sexual misconduct and abuse.

In many cases, the victims of sexual abuse and/or assault wait years to come forward with their story.

That’s led some to doubt the stories of victims. It’s also led to the trending hashtag #WhyIDidntReport — as women tell their stories of why they did not come forward earlier.

As a survivor of sexual assault, I want you to know why this occurs so often.

For those of you who are not familiar with my story, I was sexually assaulted by my youth pastor when I was 17. Though I reported the abuse to my associate pastor within 24 hours, the police were never contacted.

Before I had even finished telling my pastor all the details of my abuse, he interrupted me.

“So, you’re telling me you participated?” he asked. He then advised me not to speak with anyone else about what had happened.

I followed his advice for 20 years and kept silent.

When I finally came forward in January 2018, one of the first things people said was, “Why did she wait so long?!”  Not only did people ask me this question constantly, they also used it to discredit me — as if the passage of time somehow negated my trauma.

While working toward my own healing, and in conversations with other survivors, I have learned about factors that can both consciously and subconsciously cause a victim to wait years to come forward. Though no two victims have had an identical experience, the passage of time before reporting abuse is quite common and normal. It takes great courage for survivors to speak about their experiences.

One of the reasons it took me years to speak up was the intense and at times unbearable amount of shame I experienced as a result of my abuse. 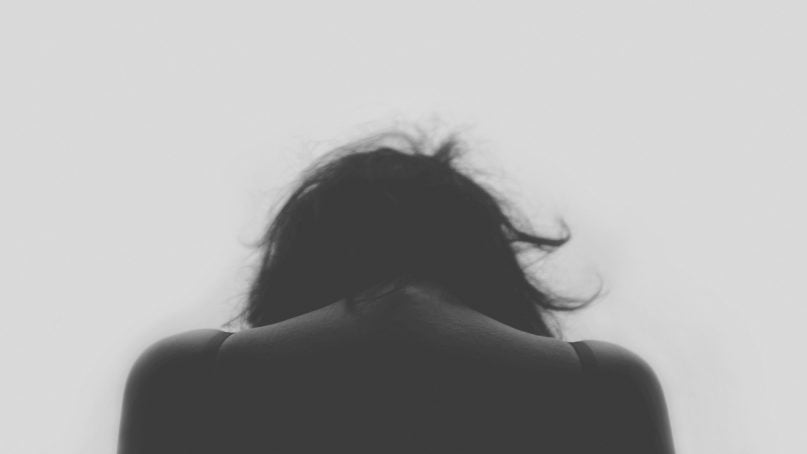 Many factors can contribute to victims’ not coming forward. Photo courtesy of Creative Commons

Shame is humiliating and isolating. I felt disgusted with myself — dirty, unworthy and unlovable. This feeling led to self-doubt and blame. I began to question whether I might somehow be responsible for the actions of my abuser. These feelings only intensified after speaking with my pastor who insinuated I was culpable in my assault.

I also waited out of fear that no one would believe me. Not only was my abuser in a position of power and authority over me, but he was deeply loved by everyone in our church, adults and peers alike. What would happen if my abuser denied the truth? What would happen if he chose to minimize his actions and instead make me out to be the person to blame?

There I was, a 17-year-old girl already consumed with shame and self-doubt, trying to weigh the consequences of speaking out. Ultimately, I felt it was safer to remain quiet.

Many survivors choose to do the same. They stay silent because it is safer than speaking out. Survivors often fear retaliation from their abusers, which can manifest in different forms. Survivors might be afraid for their personal safety or that their abusers could threaten their financial stability. Coming forward could cause survivors to lose their jobs — or to be sued.

Survivors also fear the loss of personal relationships, both with others as well as with the perpetrator. If the abuser is a family member, close friend or trusted professional, the fear of losing that relationship can seem overwhelming despite the fact that person has caused you harm.

When allegations of sexual abuse are brought to the light, there’s often controversy as well.

People will take sides — and that can cause victims to be cut off from those they love. Victims often already feel isolated and ashamed because of the abuse. Coming forward can make that worse as friends and family withdraw from victims.

The trauma from abuse can and does have lasting and devastating effects.

Though it may be difficult for those who have never experienced sexual abuse to comprehend how and why a survivor might act and think differently than others, it is vital that we listen when survivors tell their stories.

To any other man or woman who has been a victim of sexual abuse, I would like to tell you that you matter and I believe you. What happened to you was not your fault. You deserve healing and an opportunity to live a life free from shame and fear.

If you’re reading this and you too have suffered in silence, I’d like to offer some words of advice.

Confide in someone you trust and seek out support. Working through trauma is painful and difficult but opening up to others can be quite therapeutic, allowing for healing to begin.

Once you are in a safe place with a healthy support system, report the abuse to the proper legal authorities. I know this can be intimidating as there is often no guarantee that the abuser will be held accountable. But reporting to law enforcement will ensure that any investigation will be conducted by trained professionals. It will also begin a paper trail that can be crucial documentation for yourself or possible other victims.

As a naive young girl growing up in an environment full of patriarchy and purity culture, I would give anything to have known then what I know now.

If I could have a conversation with my younger self, I’d say, “You are strong, you are brave and your voice matters.” 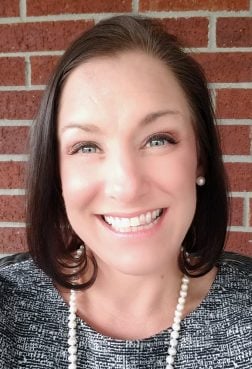 If you’re reading this piece and have never been a victim of sexual abuse, I’d like to take a moment to recognize you too. Thank you for your willingness to hear what I have to say about a topic that’s not only controversial but oftentimes uncomfortable.

We cannot expect change unless we speak out.

We cannot be understood if no one is listening.

(Jules Woodson is a Christian, mother, flight attendant, survivor and advocate. The views expressed in this commentary do not necessarily represent those of Religion News Service.)