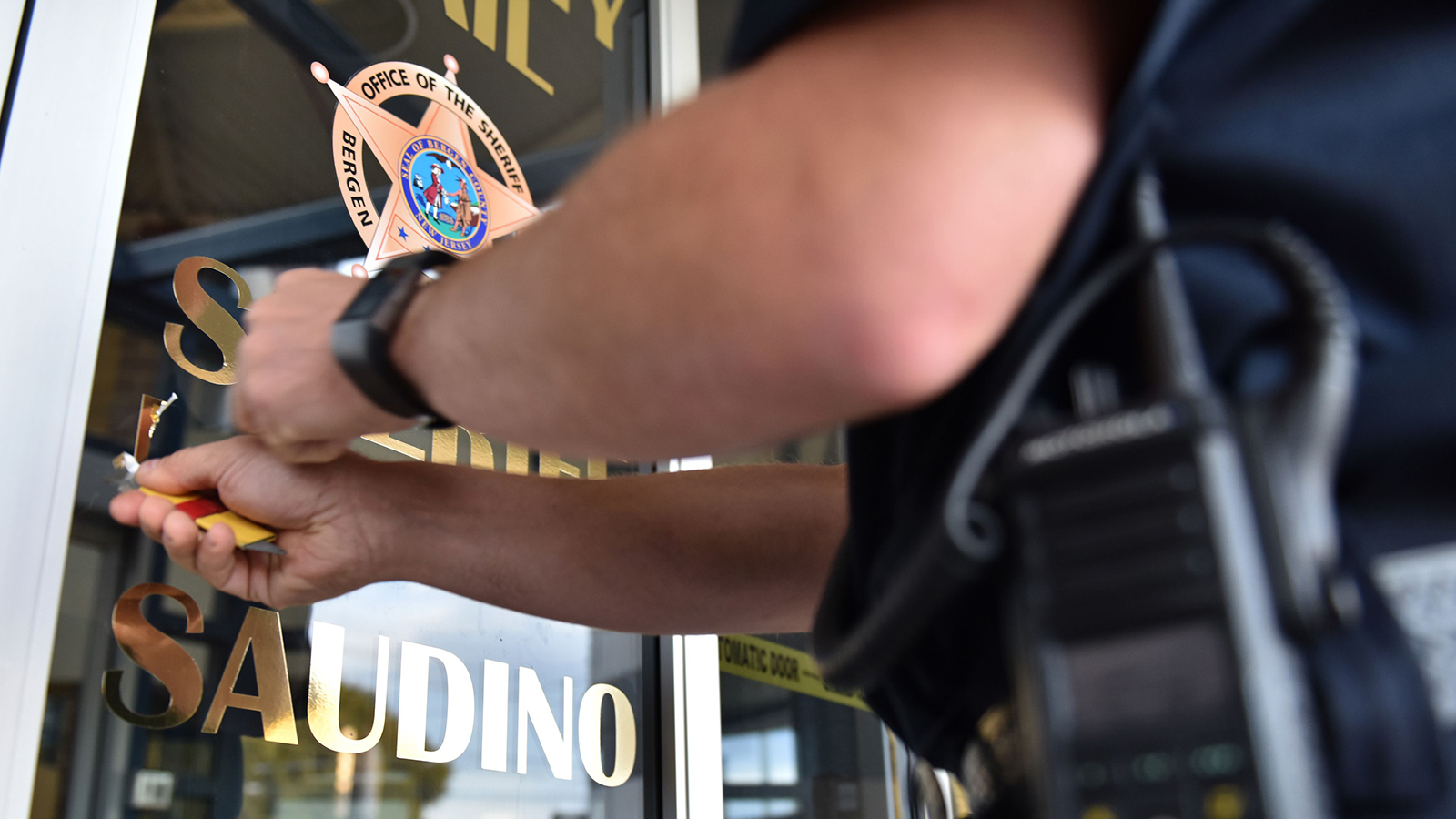 A Bergen County, N.J., sheriff's officer uses a razor blade to peel off the name of Michael Saudino, who resigned on Friday as sheriff of Bergen County, in gold letters from the glass entrance of the Bergen County Jail in Hackensack, on Sept. 24, 2018. Photo by Tariq Zehawi/NorthJersey.com via USAToday
September 26, 2018
Simran Jeet Singh

After apologizing and briefly withstanding calls for his resignation from New Jersey Gov. Phil Murphy, from the local congressman and from Grewal, Saudino stepped down.

In condemning Saudino's remarks, which implied Grewal got his job only because he was a Sikh, Grewal said, “I have thick skin and I've been called far worse.”

Grewal is not exaggerating. Since January, when he became the first Sikh attorney general in American history, death threats have become a “fact of life,” he has said. Just six weeks ago, two long-tenured local radio hosts found themselves in a national firestorm after making racist remarks about the attorney general’s Sikh identity.

It’s bad enough that he has had to develop “thick skin” for racism over the years, especially because such attacks produce an unwanted distraction for someone who has critical work to do. It’s even worse when racist comments come from officials such as Saudino who are elected to represent the will of the people.

Bigotry has no place in law enforcement. Certainly racism has no place among its top officials, particularly when our society is reckoning with racist policing, mass incarceration, forced family separations and police brutality. 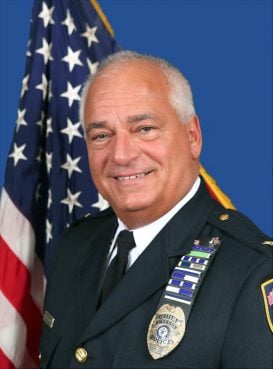 Scholars such as Michelle Alexander have recently shed light on the historical intertwining of anti-black racism and law enforcement practices. In a moment when we have more clarity than ever about the types of biases that inform American policing, we must be incredibly sensitive to how prejudice colors our actions – and we have to be vigilant about rooting such bigotry out of our systems.

If we know that an officer is racist, we must demand that the officer be held accountable for his or her behavior. When the elected leader of an entire law enforcement agency is confirmed to be racist? That person must be kept out of office.

As Saudino was under fire in New Jersey, news broke that an Oklahoma police chief who resigned in disgrace after being tied to active neo-Nazi hate groups was almost immediately hired in a neighboring department – by a chief who was fully aware of his racist views.

This is a problem.

Racist policing makes us all less safe. We see this most clearly in the case of young black men who fear their lives are at risk during every police interaction. As a man whose identity as a Sikh is almost always visible, I empathize. I would likely feel the same way if I were in their shoes, especially given the long history of police brutality and killings of young, black men. RIP Trayvon Martin, Eric Garner, Freddie Gray, Philando Castile, Terence Crutcher, Michael Brown, Alton Sterling, Tamir Rice and so many others.

Racist policing also erodes trust between marginalized communities and law enforcement agencies. If I feel like the officers prefer to terrorize me rather than serve and protect me, then why would I go to them in moments of need?

I first realized this a few years back, during a road trip from New York to Michigan with one of my college roommates. We were cruising through rural Ohio when a patrol car turned on its sirens to pull us over. Dave was driving, so I asked if he was speeding. He said he didn’t think so but he wasn’t totally sure.

The officer walked to the driver’s side of the window, looked right past Dave, and stared straight at my turban. After a few seconds of silence, he spoke slowly and loudly, as if expecting me to not understand English: “DO YOU HAVE AN ID?”

Dave looked at the officer with confusion and asked innocently, “Wait, what? He’s not even driving. I am.” The officer ignored Dave’s comment and continued to stare at me.

This wasn’t my first rodeo, and I understood what was going on. I also knew enough to understand that I was the mercy of this officer and that resisting his instructions could come with a risk to my life. I hated the feeling of powerlessness around cops, and I was especially unhappy about not calling him out on his racism. But I knew the best way out of this mess was to just comply. So I did.

I slowly pulled my wallet from my pocket and handed over my ID. He took my license back to his car to run it through his system and, I imagine, to see if I popped up on the terrorist watchlist. I imagine he didn’t often come across people in rural Ohio who looked like me – turban, facial hair, brown skin and all.

Dave, realizing what was happening, was upset. I asked him not to give the officer a hard time, explaining that it just wasn’t worth it. "Just trust me," I said.

When the officer returned and gave us clearance to go, we thanked him and went on our way. We rode in silence for a while. Dave was still fuming. And then he said something I didn’t expect – “They treat you like this, and then they expect you to report hate crimes when they happen? That makes no sense.”

I leaned back in my seat and laughed softly. “Exactly,” I told him. “This is the struggle for so many minority communities. We’re expected to trust the same people who so often terrorize us.”

The erosion of trust is a real problem, and it has become especially problematic as more and more attention is paid to the institutionalized nature of racism in American law enforcement. This has manifested itself in several ways in our society, from racial profiling at airport security to the school-to-prison pipeline.

Look. I’m a believer in redemption and forgiveness. I think that’s one of the most beautiful things to come out of our ugliest moments of violence and destruction.

But I am also a firm believer in justice and fairness. And if the role of law enforcement is to help us create a more just society, then there is absolutely no room for officers who are bigots. Allowing them to continue in such roles is to concede that the broken system will continue to be broken — and the communities most damaged by racist policing will also continue to be broken.

Holding law enforcement officials accountable is not just the right thing to do in terms of morality. It also helps us root out the individuals who are most prone to perpetuating the injustices that are tied to the system. And it signals to marginalized communities that we are committed to addressing the systemic issues by taking racist policing seriously.

This is why Sheriff Saudino was right to step down from his position. It’s why the Bergen County Sheriff's Office should commit to diversity and anti-racism training. And it’s why we should make a collective commitment toward a zero-tolerance policy when it comes to racist policing.