MOMBASA, Kenya (RNS) – Recently, after tossing some shells, animal bones and skulls on the ground, witch doctor Sidi Baya told Elizabeth Luciary, a visitor from Italy, that a snakelike evil spirit was within her, drinking her blood.

Luciary’s neighbor in Italy had cursed her, said Baya.

“I know what’s ailing you, you have evil spirits that can’t allow you to sleep,” said Baya as she ordered Luciary to drink a potion Baya had brewed. “I have now washed all the evil spirits away and you are pure. The evil spirits will never disturb you again.”

Tourists normally come to Mombasa to watch dolphins from traditional dhows, deep-sea fish, snorkel around wrecks and lounge on sun-splashed beaches. But Luciary was one of the scores of foreign tourists now flocking to this coastal city to seek the counsel of witch doctors to treat chronic diseases, exorcise evil spirits, end runs of bad luck, solve marriage problems and ensure success in business.

“I feel I’m now healed,” said Luciary, 55, after spending three days without bad dreams. “I thank the witch doctor for the good work. I believe it now works, and I will recommend more people” to her.

Luciary paid $300 and promised the witch doctor more gifts if she doesn’t experience evil spirits in the future.

More than 3,000 witch doctors work in the Kenyan coastal region, said Kenyan officials, who define them as people who become healers after being visited by ancestors or spirits. The witch doctors use local plants and herbs to cure patients, but their healing is mostly grounded in the supernatural. Their followers believe they can change the outcome of events because of the supernatural powers they possess.

“The witch doctors in this region are genuine and they don’t tell lies to clients,” said Tsuma Nzai, director of the Association of Mijikenda Cultural Groups, a tribal organization, in this coastal region. About a quarter of Kenyans believe in witchcraft, according to the Pew Research Center, placing the country only 15th among African nations for popular support for witch doctors. But in 2017 alone, more than 2,000 tourists reportedly sought their services.

RELATED: Vigilante killings in Tanzania spur a hunt for witch-hunters

According to Nzai, a number of Italians own vacation homes in this coastal region, and some have been secretly visiting witch doctors in the region for the last few years. Many have been healed and have recommended the witch doctors back home in Italy. Earlier this year, he said, more than 100 members of a yoga and herbalist group from Venice visited with witch doctors and attended a public ceremony with them.

“We have very many tourists from Europe who come here to look for services from these witch doctors,” Nzai said. “Many are healed. They keep on bringing their friends for healing.”

Stephano Luigi from Torino, Italy, said his electronics business was flagging until he came to a witch doctor in Kenya.

The witch doctor told him that he was not successful in business because he had abandoned his family and married another wife, he said.

“I don’t know how the witch doctor knew the whole story,” said Luigi, 47. “He told me everything correct and I was surprised. He tells the truth. He gave me some roots and powder as a medicine and my business is now picking up.”

Other religious leaders in the coastal town of Mombasa have warned tourists and locals against believing in the powers of witch doctors. These leaders say the healers only seek to enrich themselves.

Bishop Thomas Kakala of the Jesus Celebration Centre said sorcerers from neighboring Tanzania were crossing into the country to meet the growing demand for their services.

“This thing (witchcraft) is backwardness and it hinders people to move forward and realize their dreams. It’s the power of darkness and does not bring light,” Kakala told Religion News Service, adding that “witch doctors are after money and their solutions are short term.”

But the traditional healers have a long history in the region, said Nzai. “These witch doctors are very important in our societies because they existed before even doctors and modern medicines came to existence,” he said.

Nzai said he had witnessed a healing himself two years ago, when a witch doctor treated an American woman. She had a wound on her right leg that had been bleeding for 10 years and no Western medicine had been able to stop it.

Nzai said the witch doctor, who told the woman she’d been bewitched during a visit to India, had healed her leg.

Baya, the witch doctor who treated the woman cursed by her neighbor, asserted that even the pastors who criticize witchcraft seek her out to perform miracles in their churches.

“They also depend on us to live,” said Baya. “Most pastors come here to seek for power to perform miracles and heal their sick congregants. They can’t do without us.” 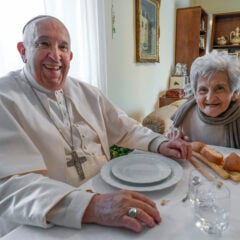