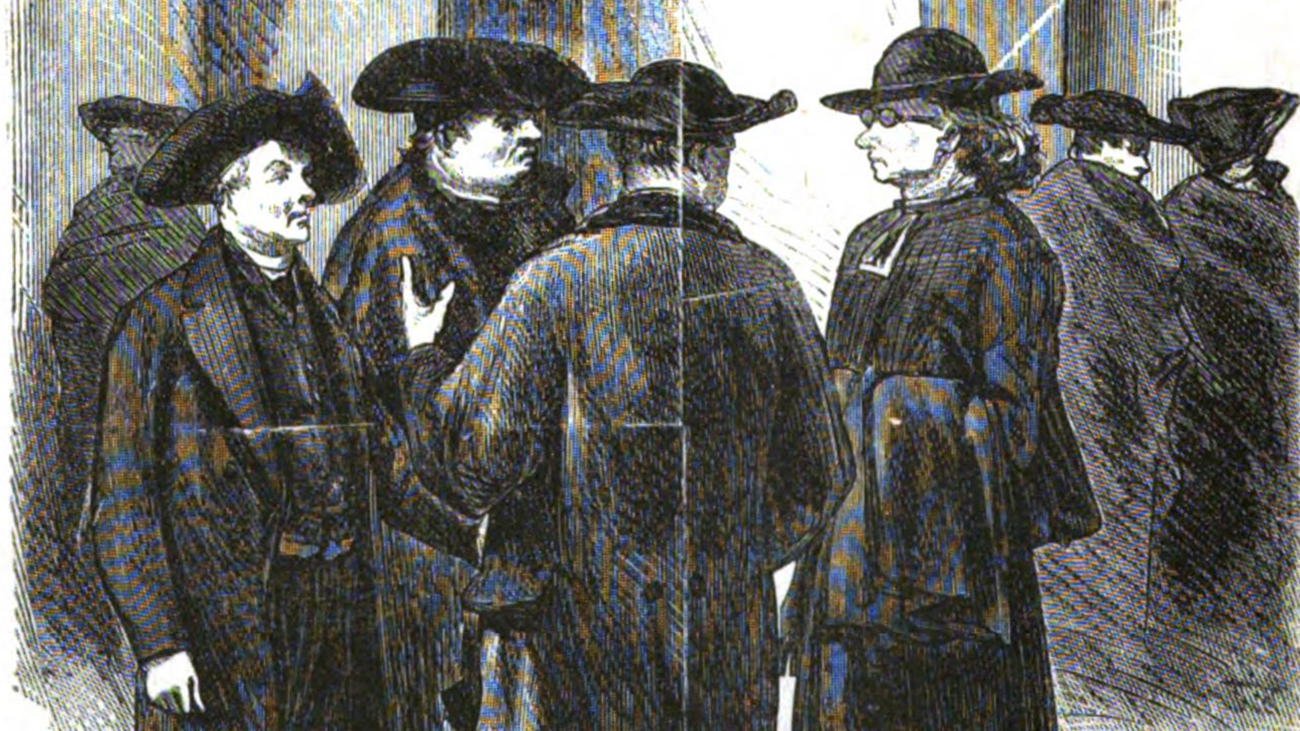 (RNS) — The conservative opposition to Pope Francis is boldly going to a place it once considered heretical.

The latest example is "The Case Against Pope Francis," a National Review hit piece by Michael Brendan Dougherty that went online this past week. As a bill of particulars it doesn't amount to much, but that's beside the point. What's significant is its readiness to ignore the very concept of papal authority.

Of course, there's the dismissive rhetoric. Francis is presenting the vision of a God "who is not merciful but indulgent, even lazy, and indifferent." He is instituting a religion of "good enough."

But what really troubles Dougherty are Francis' changes in church teaching — his opening the door to communion for the divorced and remarried and his declaration that the death penalty is now inadmissible. Harking back to the event most of us associate with the Church's exaltation of the papacy, he suggests the opposite: "The first Vatican Council rejected those who claimed the pope can deliver new doctrines, saying that his responsibility was to protect and safeguard the existing truths of the Catholic faith."

Pastor Aeternus, the dogmatic constitution establishing papal infallibility issued by the First Vatican Council in 1870, has this to say about new doctrine:

And the Roman Pontiffs, according to the exigencies of times and circumstances, sometimes assembling Ecumenical Councils, or asking for the mind of the Church scattered throughout the world, sometimes by particular Synods, sometimes using other helps which Divine Providence supplied, defined as to be held those things which, with the help of God, they had recognized as conformable with the Sacred Scriptures and Apostolic Traditions. For the Holy Spirit was not promised to the successors of Peter that by his revelation they might make known new doctrine, but that by His assistance they might inviolably keep and faithfully expound the Revelation, the Deposit of Faith, delivered through the Apostles.

In other words, Vatican I's supposed rejection of the claim that popes can deliver new doctrines is nothing more than an assertion that whatever has been promulgated by popes (with the help of councils, etc.) is in line ("conformable") with the Church's earliest teachings. Post-apostolic innovations (e.g., clerical celibacy or prohibition of slavery or embrace of religious pluralism) are by definition not new doctrines but rather ways the Holy Spirit enables popes to expound the apostolic faith. A painting of the First Vatican Council, circa 1870. Image courtesy of Creative Commons

What Francis' conservative opponents do is claim that such changes in teaching as he has made are inconsistent with apostolic faith and therefore illegitimate. While Protestantism is all about this move, it is hardly the Catholic way, particularly as articulated not so very long ago by themselves.

Take a look at catholicculture.org, a premier site of the Francis opposition. It includes among its resources an exposition of "Vatican I and The Papal Primacy" written back when John Paul II was pope. Here are a few paragraphs.

We are, instead, speaking of supreme power and authority, of God's will for us in regard to his governance of the Church through the Papacy; and his will is simply that in all things concerning this government and discipline, we are to correspond our will to his — in other words, we are to obey the Pope....

The third point made by this passage is that this power and authority of the Pope are "to this day, always," thus eliminating any possible contention that this living, presiding and judging by Peter could conceivably fail in any given Pope....

It has always been the policy of schismatics to appeal to some other Pope or Council, past or future, against the decisions of a reigning pontiff. It has also been the constant tradition of popes to condemn such a position....

Every Catholic must submit to the Pope in his government and discipline of the Church. This is a dogma of the Catholic Church, the denial of which is a heresy and entails loss of salvation.

You get the picture. Obedience to the pope is a big deal. You don't get to use some earlier pope or council to criticize a current pope. Submission to him is a dogma. You deny it at your eternal peril.

Since the Second Vatican Council, conservative schismatics have refused obedience to Rome because they believe that the post-Vatican II popes are illegitimate. They are called sedevacantists, a Latinate term meaning that they they believe the See of Peter is empty and thus that they are entitled to ignore what the Vatican says.

Francis' opponents do not believe the seat is empty. They are only acting as if it is.