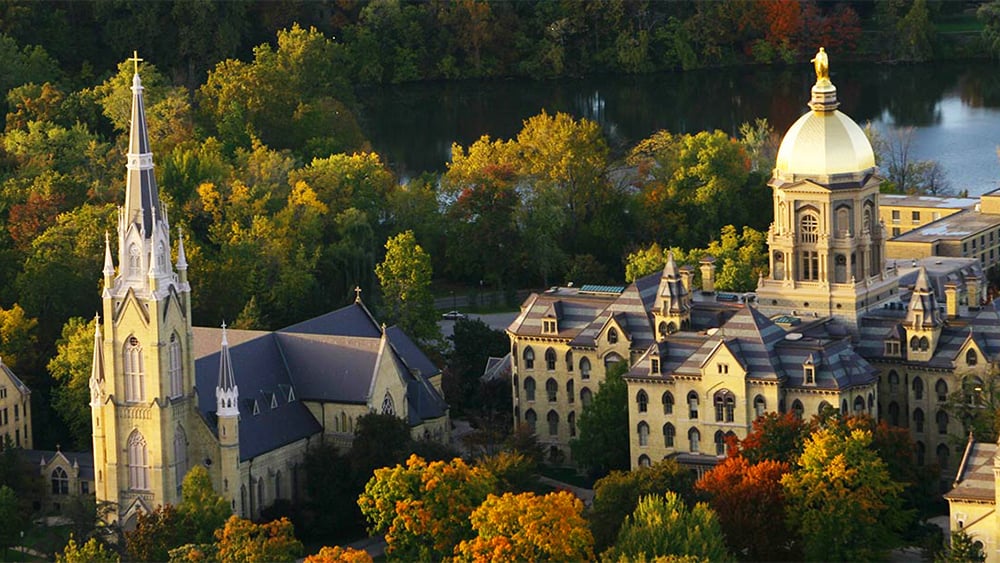 (RNS) — Let’s suppose Hillary Clinton had won the 2016 election. Also suppose that her secretary for health and human services, on taking office, introduced a new interpretation of the Affordable Care Act’s mandate that insurers cover contraception, among a host of women’s health services:

"Given the high failure rate of traditional birth control, and the gendered implications of the ACA covering certain kinds of reproductive choices but not others, it is now clear that abortion care must be included in the ACA mandate."

Most reasonable people — even those who identify as pro-choice — would agree that, say, Notre Dame University, one of the country’s pre-eminent Catholic institutions, should be exempted from such a mandate.

After all, Catholic teaching insists that abortion is the violent taking of a vulnerable human life. How could Notre Dame be true to the kind of institution it claims to be and pay for its students and employees to kill the most vulnerable among us?

Answer: It couldn’t. The local bishop would withdraw an institution’s ability to call itself Catholic before he would allow such a thing to happen.

Yet last week The Intercept wrote about a lawsuit filed on behalf of Notre Dame University students against the school, arguing that a settlement the Trump administration reached last year freeing 74 American Catholic institutions from the Affordable Care Act’s contraceptive mandate is unlawful. The students (and The Intercept’s writer) further argue that the settlement violates Notre Dame’s own commitment to inclusion.

If the lawsuit were over abortion, rather than simple contraceptives, would The Intercept have taken the same line?

One might object to the comparison by focusing on the differences between abortion and birth
control. The taking of a human life, of course, is an extremely serious moral matter — and contraception is not. One might be inclined to give ND the benefit of the doubt with regard to the former, but not the latter.

Here, however, one must (as Notre Dame does) distinguish between different kinds of contraceptives. Drugs that the university considers abortifacients (like Ella and the copper IUD) are not covered by its health plan, while non-abortion-inducing contraceptives are covered in some circumstances. 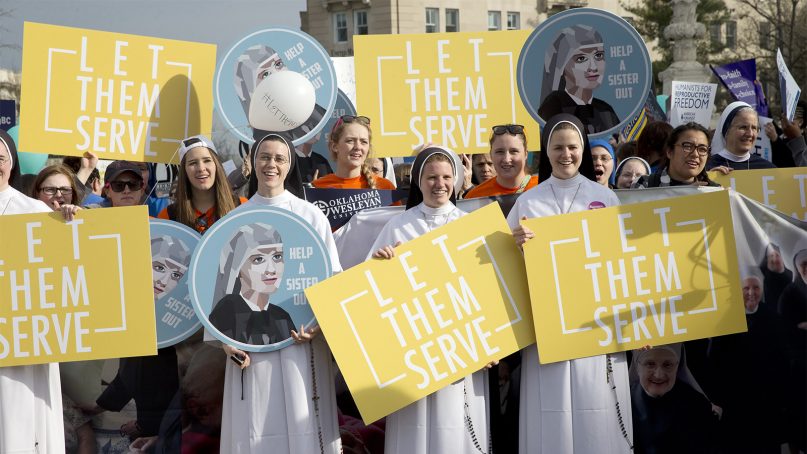 Nuns and their supporters rally outside the Supreme Court in Washington on March 23, 2016, as the court hears arguments to allow birth control in health care plans in the Zubik v. Burwell case. (AP Photo/Jacquelyn Martin)

But this decision is hammered by The Intercept for being too Catholic, even as Notre Dame’s right flank criticizes it as not Catholic enough. The latter argues that Catholic teaching is that artificial contraception, even when it doesn’t result in the death of a human being, is still a grave moral matter.

Critics on the right also argue that contraceptives facilitate hookup and rape culture, that they increase the spread of sexually transmitted infections by encouraging riskier sex with a false sense of security and that by using them we cave to a patriarchal culture that insists women pump themselves full of hormones and suffer their potential side effects (depression, suicide and doubling the risk of HIV) in order to have social equality with men.

No authentically Catholic understanding of health care, the critics say, could include this kind of birth control. (Catholic institutions, it should be noted, do cover and even provide birth control when it is prescribed to treat an illness or disease.)

Traditionalists already consider it a major concession for Notre Dame to allow coverage of nonabortifacient drugs via university-provided insurance. For many in this camp, the current plan is already sacrificing the university's Catholic identity in an attempt to keep an (admittedly dramatic and toxic) controversy at bay.

It’s true that Catholic institutions sometimes do a poor job of signaling their policies on contraception. Too often the policy is hidden away in embarrassment. The policies from school to school are often confusingly varied. People walk in front of the Golden Dome administrative building on the Notre Dame campus in November 2013. Photo by Ken Lund/Creative Commons

Certainly, Catholic institutions of higher learning owe students and employees clear explanations of their contraceptive policies, as a matter of justice — and, perhaps, evangelization; many women, increasingly rejecting the patriarchal norm, are looking for nontoxic alternatives to contraceptive drugs.

But one doesn’t need to agree with Notre Dame to question the idea that students and employees should be able to force a university to go against its teaching. No employee who applies to work at, say, an Orthodox Jewish institution like Yeshiva University could reasonably demand anything other than kosher food. Unmarried people at a traditional Muslim institution like Zaytuna College shouldn’t go in with the expectation of dating or having sex.

(Charles C. Camosy is associate professor of theological and social ethics at Fordham University and author of “Beyond the Abortion Wars.” The views expressed in this opinion piece do not necessarily reflect those of Religion News Service.)