(RNS) — Three years ago, Stephen Kaplan, a religious studies professor at Manhattan College, a small Catholic school in the Bronx, N.Y., purposely populated his introductory course, “Nature and Experience of Religion,” with a mix of traditional students and returning veterans.

His strategy was part of Manhattan’s Veterans at Ease program, then an experiment that sought to help veterans reintegrate into civilian and academic life after being separated from both by years of combat and isolating service.

It didn’t take long for the theory behind the program to come face to face with practice.

The class was reading a passage from the Hindu scripture the Bhagavad Gita in which the warrior-hero Arjuna is plagued with self-doubt before a major battle, knowing he had beloved friends and relatives among the ranks of both armies.

“I asked the class about his dilemma, and a young student starts to answer about how Arjuna is just scared to fight,” Kaplan said.

At that point, a former Navy medic enrolled in the class stood up, looked the young man squarely in the eyes and said, “Son, you don’t know anything until you see someone shooting at your best friends.” He then launched into a discussion of what being in battle is truly like.

“The rest of the class was just mesmerized,” Kaplan said. 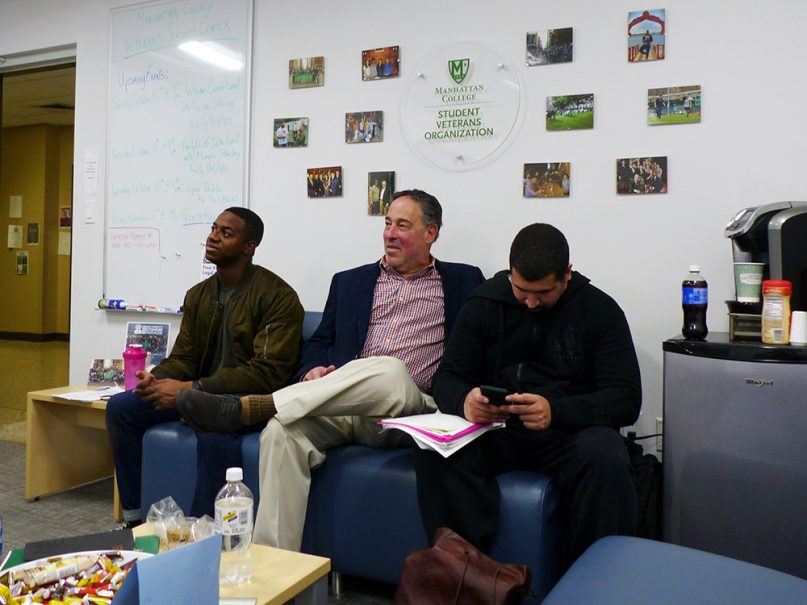 The transition from military to academic life can be jarring, said Michael Giraldo, a 31-year-old Army veteran who is now a senior at Manhattan and president of the on-campus student veterans’ organization. Before he enrolled, he had been deployed twice to Iraq, where his job was to root out nests of terrorists.

“It’s a high pace. You don’t know what day of the week it is, just the day of the calendar. So being able to adjust your brain after 15 months of go, go, go, you have anxieties and questions like, ‘Will I be able to slow down and deal with these 18-year-olds? Can I sit in a classroom and listen to professors who might be as old as I am?’” said Giraldo.

“It’s a very stressful time,” said Tiana M. Sloan, director of veteran support services at the college. “They are leaving highly structured, organized lifestyles and going into college where you are sitting in class with 19- and 20-year-olds.”

Giraldo said the company of other veterans in the class helps with that transition. Today, by design, a little more than half of the 50 students enrolled in Kaplan’s survey course are just out of high school, while the rest are veterans in their mid-20s or older who have returned to school after their discharges.

Kaplan’s course also includes a four-day stress-reduction, yoga and meditation retreat exclusively for the veterans in the class at the Sivananda Ashram at Paradise Island in the Bahamas. 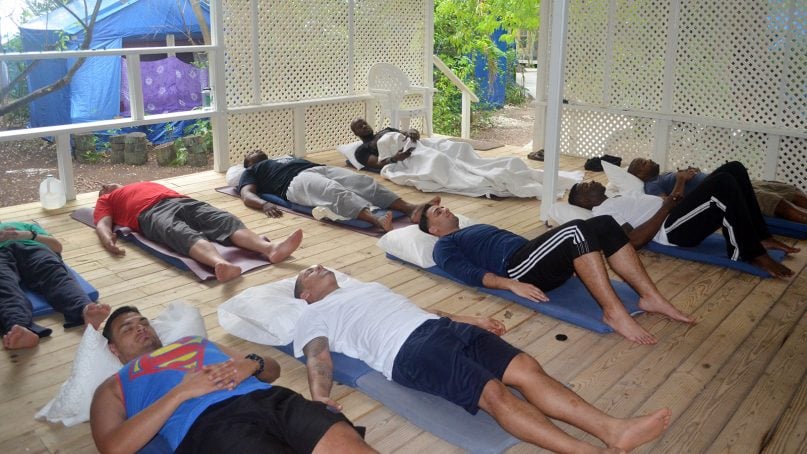 The ashram, said Kaplan, was where the idea for the Veterans at Ease program was born. In the spring of 2015, after allowing a couple of student veterans to come along on a senior-level honors trip, he proposed to the administration that a group of veterans who were coming in as freshmen also be enrolled in his 100-level religious studies course and go to the Bahamas as well. “It was obviously such a great idea, we said yes right away,” said Manhattan College’s provost, William Clyde.

The day before the freshmen group returned to the U.S., one of the veterans approached Kaplan to tell him that for the first time in a long time, he felt genuinely happy.

“That’s when a light bulb went off in my head,” said Kaplan. Now the trip, paid for by the college, is offered to every veteran enrolled in Kaplan’s class.

It was in the Bahamas that Kaplan also became acquainted with Warriors at Ease, a nonprofit organization based in Silver Spring, Md., that advocates yoga and meditation for service people and their families to help relieve combat-related health issues.

Numerous studies have established the effectiveness of yoga, meditation and mindfulness in helping veterans cope with stress, depression and PTSD. Once considered “alternative medicine,” these holistic treatments are now offered at more than 80 percent of military health facilities, according to a 2017 Rand Corporation study.

The U.S. Department of Veterans Affairs website also recommends the practice of yoga as a way to reduce stress and become “more calm and relaxed rather than being in the ‘fight or flight’ mode.”

Warriors at Ease co-founder Robin Carnes, who worked with Kaplan to develop the retreat for his Veterans at Ease students, said Colorado State University is looking to develop a similar yoga retreat program for its student veterans. But Carnes hasn’t heard of any other colleges or universities taking Kaplan’s approach of proportionately including veterans in their classes.

“It’s not unusual for veteran students to be mixed in with civilian students in any classroom, but they often feel like they don’t fit in and there is no sense of belonging,” said Carnes. Research has shown that student veterans feel more isolated and less supported on campuses than their civilian counterparts. 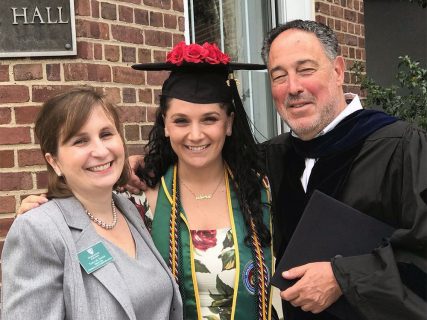 “It was very uncomfortable at first, and I think a lot of veterans feel that way,” said Kirsten Battocchio, who enrolled at Manhattan College in 2015 after six years of overseas service in the Marine Corps.

Meanwhile, exposure to veterans in the classroom and on campus has helped traditional students like 18-year-old freshman Natalie Lambrelli gain a better sense of what it is to be on — and come back from — active duty.

“It has opened my eyes to how many student veterans there are on campus and how many there are in general,” said Lambrelli, who is currently enrolled in Kaplan’s course.

Juan Rosario, an Air Force veteran who graduated from Manhattan College last year, said the appreciation runs in both directions.

“A lot of veterans come in really cocky, thinking like, ‘I was in the military — I have gone through a lot. These 18-year-olds and professors aren’t going to push me to my limits like the military did,’” said Rosario, who now teaches elementary school science in the South Bronx. Then, in Kaplan’s course, he encountered the works of Chinese philosopher Chuang Tzu from the 4th century B.C.

“We learned to do a lot of different things in the military. But school? Man, school is really hard,” Rosario said with a chuckle. 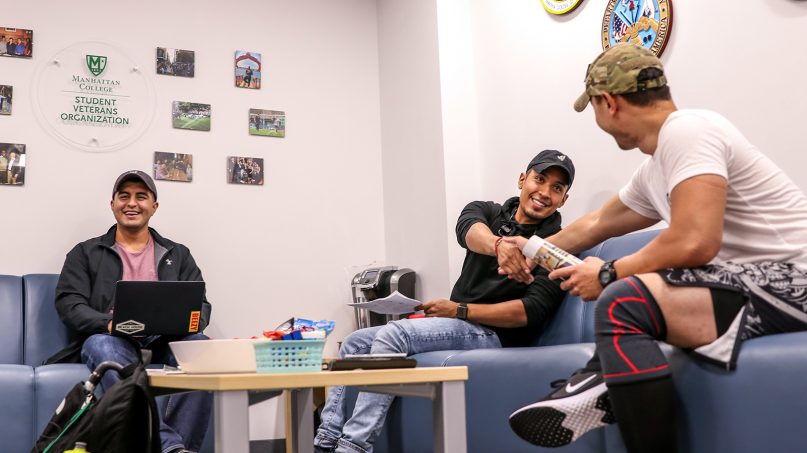 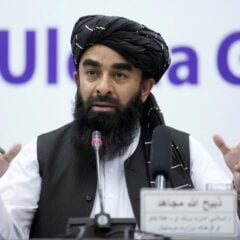