BUNGOMA, Kenya (RNS) — As she prepared lunch for her children outside her house in Mukhuma village in western Kenya, Joyce Nafula thought of her former husband and began to cry.

The two were married for 20 years and had six daughters.

Then — angered because Nafula had not given him a son — he found someone new and abandoned her and their daughters.

“My husband divorced me and told me to go away,” said the 49-year-old Nafula. “When I refused to leave, he started beating me and saying I was a cursed woman because I couldn’t bear him sons.”

Nafula, a Pentecostal Christian, is one among thousands of women in western Kenya and across Africa who face stigma for bearing daughters rather than sons. In this part of East Africa, baby girls are valued less than baby boys.

Traditional culture here dictates that a woman must give birth to a male child to be his father’s heir, said Geofrey Baraza, a local elder.

When a woman gives birth to a baby boy she is celebrated and becomes a “real woman” recognized by the community, he added.

“We are not despising baby girls,” said Baraza, 70. “But these girls will one time leave their homes and get married elsewhere. They will never stay at their parents’ homes to take care of the remaining family members. That’s the reason we demand that a woman gives birth to a son to take care of the home.”

Women who have no sons face ostracism.

“If a woman gives birth to only daughters, we consider that home being barren and cursed,” Baraza said. “A man is advised to get a son with another woman so that the son can continue with his father’s generation when he dies.”

To live up to the pressure, some women are now visiting witch doctors, hoping for supernatural powers to cleanse their wombs and produce baby boys.

“I’m searching for a baby boy,” said Cyntia Wanyonyi, 38, a Pentecostal Christian and mother of five girls who visited a witch doctor recently without success. “I will continue to give birth until I get a son. That’s the dream I have as a mother because I don’t want to lose my husband.”

Aure Nyongesa, a public health official in the region, said women who are pregnant become immediately depressed when ultrasound scans show they are carrying girls and not boys as they had expected.

“Most women begin to reject the children before even they are born,” he said. “In some instances, they even abort hoping to get a baby boy when they conceive again. That’s the problem we have observed from pregnant women when they come for regular checking during pregnancy.” 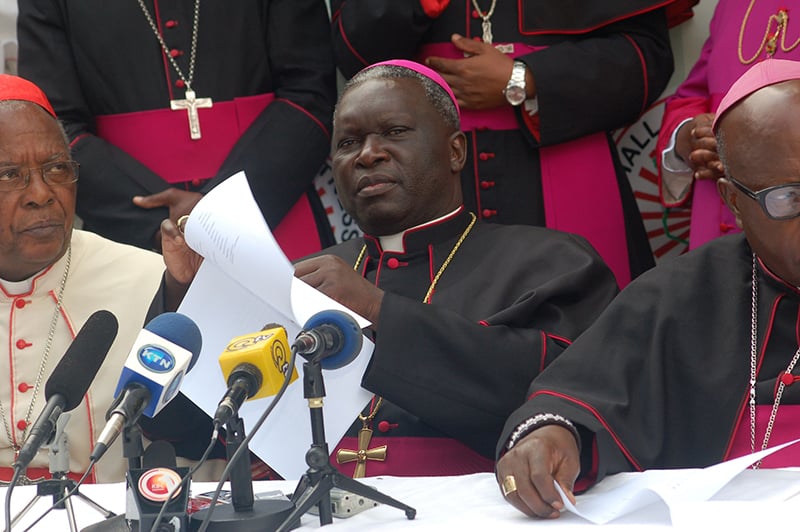 But the tide is slowly turning. Religious leaders here in western Kenya are urging people in their communities to understand that the child comes from God and is of equal worth.

Bishop Philip Anyolo, chairman of the Kenya Conference of Catholic Bishops, blamed the culture for selling the idea of boys being superior to girls.

“This is very unfortunate. People should understand that a woman and a man have equal dignity before God,” he said. “They are all made in God’s image and likeness. So they are all equal before God and no one can do without the other. They are complementary.”

Anyolo said it is time for elders and locals to change their ways of thinking.

“We should not despise our girls,” said Anyolo. “They are as equal as our sons. The gospel of Christ should help us change the way we think and speak about our children. We should celebrate our daughters and sons, and treat them equally. They are a blessing from God.”

“I wish the message reaches our people to change the way they think and to stop discriminating against women who cannot give birth to baby boys,” she said.  “I think this is going to save our marriages.”

She hopes men in the community — like her former husband — will learn to love all their children.

“They need to give us time to love our daughters as they equally love their sons,” she said.