(RNS) — It was almost four months ago when the Carr Fire near Redding, Calif., ripped through Amanda Woodley’s town. The blaze killed her 70-year-old grandmother and her 4- and 5-year-old cousins.

So earlier this month, when the Camp Fire destroyed Paradise, Calif., leaving thousands homeless and more than 70 dead, all she could do was cry.

“Not again,” she thought.

“For two days I couldn’t stop crying, but then on the third day I woke up with a purpose,” Woodley said. “And that was to provide (evacuees) with a little normalcy, a meal, maybe just a day to get away from the chaos.”

She took to Facebook and said she wanted to organize a Thanksgiving dinner for the Camp Fire victims.

Now, more than 100 volunteers have come together to feed 1,000 people on Thanksgiving Day. Along with Woodley, two other women, Torrey Moherman and Jessica Desrochers, are helping to organize the event at the VFW Hall in Gridley, Calif., about 30 miles from Paradise. The three of them met for the first time on Monday (Nov. 19).

Desrochers, who lives in Citrus Heights, Calif., an hour and a half south of Paradise, said she knows what it’s like to lose a home. When she was 14, she lost hers in a fire caused by a clothes dryer.

“We were lucky to replace what we had, but it was still an ordeal,” she said. “I couldn’t imagine running for my life with flames in my face and all the other horror stories. I have to do something. If I was in that position, I know they (the community) would do the same for us.” A sign hangs beside a tent at a makeshift shelter for evacuees of the Camp Fire in Chico, Calif., on Nov. 14, 2018. (AP Photo/Noah Berger)

She explained that there will be live music at the Thanksgiving dinner, as well as gift card giveaways. For those who can’t get to the dinner, volunteers will be delivering meals to shelters where evacuees are staying and to tents or homes whose residents lost their cars in the fire.

The women have been driving across the state to accept turkeys, gas cards, cash and other contributions, storing the food in their homes before transporting the donations to the VFW Hall this week.

“It’s crazy how stuff like this brings people together,” Moherman said. “We just want to do right by our community, and it’s spanning across counties, it’s connecting the state. It’s so great to see that California really pulls together and supports each other when they need it.”

Moherman lives in Oreville, but her grandfather’s home in Paradise was leveled by this month’s fire. That home, she said, is where a lifetime of memories were made. Every holiday, every birthday was celebrated there.

Her family members are safe, but Moherman won’t be spending Thanksgiving with them this year.

“I just feel like it’s my civic duty. I know financially I can’t give back to anybody, but I’ve always been passionate about food and cooking to show people my love, so that’s what drives me,” she said. “I know my family is having a small gathering on Thanksgiving and it will be hard not to be with them, but I can do better for more people if I’m not there this year.” 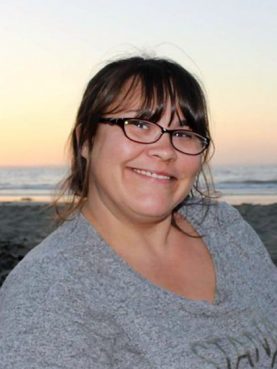 Thanksgiving is Woodley’s favorite day of the year, she said. It’s always been a time when family members put aside their disagreements and find a way to express their love for one another. She’s grieving for the three people who won’t be there this holiday season, she said, but the community Thanksgiving dinner is a way to honor them.

“In my heart, I have to know they’re in a better place and that God knows more than I do and that he has it under control,” she said. “This dinner is my way of carrying on their legacy and remembering them in a positive way instead of just running around crying.”

The response to her Thanksgiving idea has been positively overwhelming, she added.

“This is why I love my area,” she said. “It’s so nice to see, that even though there’s so much hate in the world, people can come together. There’s so much power in unity.”