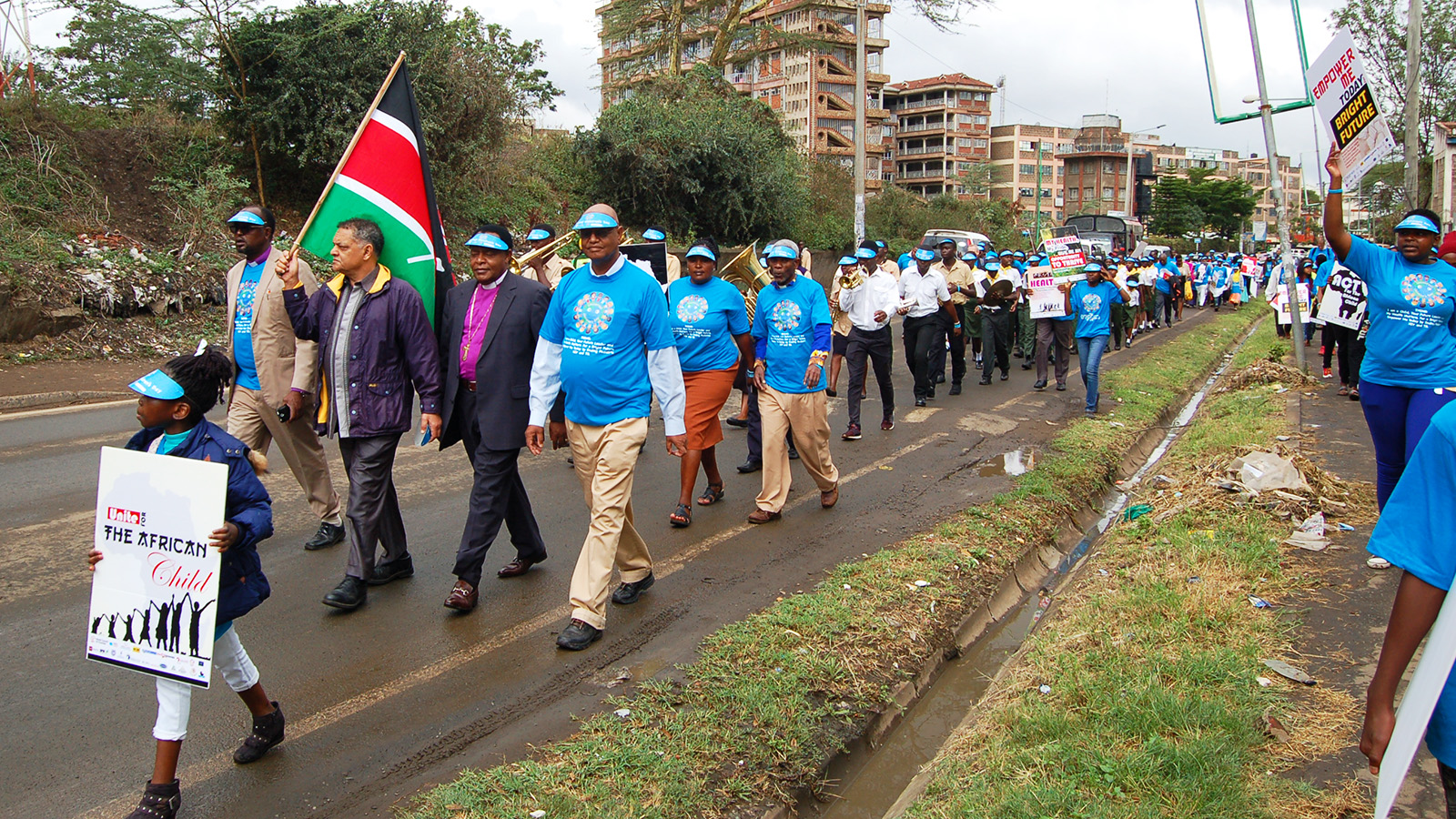 NAIROBI, Kenya (RNS) — As they committed to open churches and mosques to children with HIV and tuberculosis, Christian and Muslim leaders in Kenya urged global pharmaceutical companies on Tuesday (Nov. 20) to manufacture more medicines that are friendly to children.

The call came on Universal Children’s Day, established by the United Nations in 1954 to promote international awareness of children's issues worldwide and improve their welfare.

Faith leaders, government officials and activists gathered with groups of children from across Kenya to focus on pediatric HIV and TB treatment, diagnosis and general support for children.

“The medicines for children are needed I would say very urgently, but we are happy to see some companies starting to manufacture the medicines. This is encouraging. We urge the companies which have not started to do so,” Pentecostal Bishop John Warari Wakabu, the national chairman of Kenya Christian Forum, told Religion News Service during a procession in Nairobi.

Sheikh Ali Juma, a Muslim leader from southwest Kenya, reinforced the view, saying the companies should help the children realize their rights of access to safe and affordable medicines.

“There are some tablets already, but some are difficult to take. Syrup formulation would go a long way,” said Juma.

According to the Joint United Nations Programme on HIV/AIDS, 2.1 million children were living with HIV at the end of 2017, born to HIV-positive mothers or infected during childbirth or breastfeeding. In 2017, the World Health Organization estimated a million children became ill with TB and 230,000 children died of the disease, including those with HIV-associated TB. Leah Wanjiku feeds her 2-year-old daughter, Ngina, who is recovering from pediatric TB after an earlier misdiagnosis, on Nov. 19, 2018, in Nairobi, Kenya. RNS photo by Fredrick Nzwili

Palatable, affordable and easy to swallow drugs for children could turn around this situation, faith leaders say.

“Ministries of health and regulatory bodies must ensure the speedy registration of WHO pre-qualified medications for children,” said the Kenyan leaders in a statement.

The faith leaders said they have been inspired by the resilience of the children, who have written letters to the clergy, senior government officials and politicians seeking a solution to their challenges, but said that it is taking too long to roll out modern diagnostics and drug therapies.

The clergy are also dedicated to countering misinformation about HIV and TB that fuels stigma against those with the diseases. Children with HIV and TB are being welcomed, along with their parents, to houses of worship, and the clergy plan to make acceptance of young sufferers of HIV and TB the topic of sermons.

“We need safe spaces in the churches and mosques since they are supposed to be places of refuge," said the Rev. Jane Ng’ang’a, coordinator of the Kenya chapter of the International Network of Religious Leaders Living with or personally Affected by HIV and AIDS. "We have had some which focus on the spiritual side. We have not concentrated on the social side.”

Sheikh Yusuf Nasur Abuhamza, a Muslim leader in the Kibera slum in Nairobi, said imams often used to condemn those who were HIV-positive, but now the Islamic community hopes to empower them.

“We are saying that HIV or TB is a disease like any other. We are preaching to the communities how to integrate and live as good neighbors,” said Abuhamza.

Meanwhile, the leaders say faith healing is still a challenge in managing HIV and TB in children, with some clergy prescribing prayers as an alternative to medication.

“We believe in the power of prayer," said Wakabu, the Pentecostal bishop, but it is not a substitute for medication.