PURI, India (RNS) — For centuries, the priests at the Jagannath Temple in this city on India’s east coast have enjoyed unfettered control over the temple’s rituals. But in July, India’s Supreme Court proposed ending the hereditary rights of the community of more than 2,000 priests, threatening a livelihood that depends almost entirely on donations.

The 12th-century shrine to Jagannath, a deity revered in Hinduism, Buddhism and Jainism, draws thousands of pilgrims each year. Its priests are charged with sometimes dangerous duties such as tying flags to the mast of the temple and applying paint to statues of deities high on its walls, as well as playing instruments in religious parades and other tasks. Knowledge of the temple’s rituals has been nurtured within families and remained largely undiluted for generations.

The Supreme Court’s proposal, prompted by a local judge, aims to rein in the priests, who have allegedly been harassing pilgrims for money in return for bestowing blessings.

“If the court and government take away our only source of income, there will be nothing left. It will be the end of the road for us,” said Gadhadhar Pujapanda, a 32-year-old priest at the shrine. 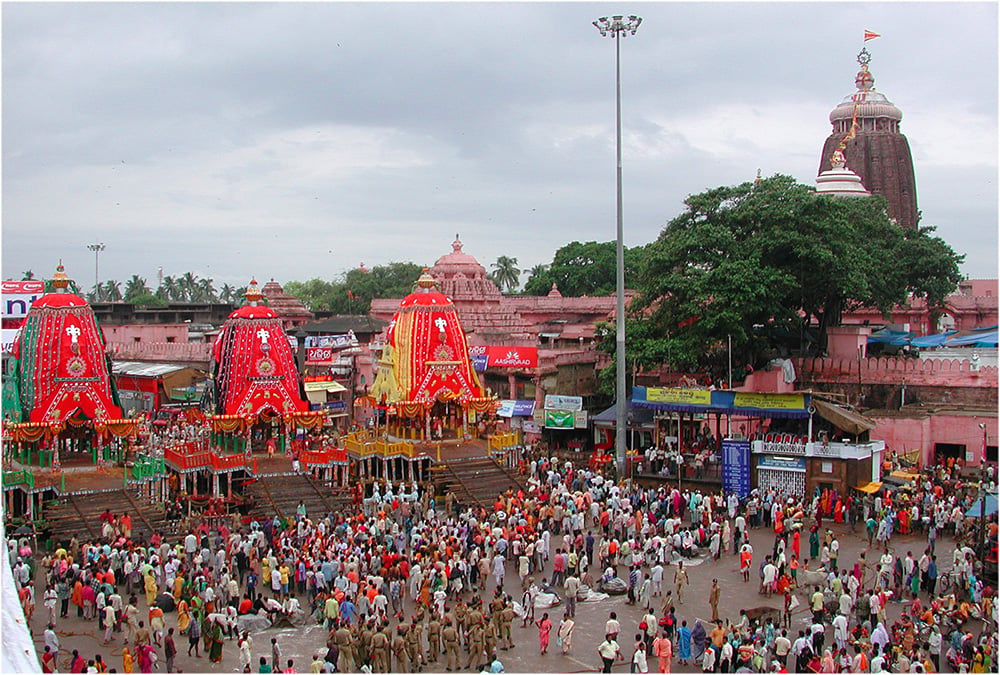 Crowds prepare three chariots for the gods Jagannath, Balabhadra, Subhadra and Sudarshana to be drawn down main street during the Rath Yatra festival in Puri, India. The Jagannath Temple sits to the right. Photo courtesy of Creative Commons

The local judge who suggested removing the priests’ rights has suggested a new system by which priests are appointed, as was instituted at the Tirupati temple in Andhra Pradesh after legislation in the late 1980s overturned the hereditary rights of its priests.

Pujapanda and other priests worry that their jobs will disappear if the same system comes to Jagannath.

“We consider ourselves living relatives of the deity,” he said. “My ancestors served King Anangabhima Deva during the 13th century. Where do we go if our livelihood is taken away?”

It is believed King Anangabhima Deva III declared himself the sole deputy of Jagannath in the 13th century and to secure his spiritual bona fides introduced 36 categories of temple attendants to venerate the deity. Over time, ceremonies became more elaborate and by the turn of the 20th century, there were 119 categories of servitors, as the priests and other temple workers are known.

Devoted to the regimentation and austerity of their spiritual practice, the hereditary priests lost touch with the secular world, neglecting their education and the pursuit of practical skills.

“Traditional priests have dedicated their lives to a different lifestyle,” said Rabindranath Pratihari, a former priest and Sanskrit scholar. “If they are shorn of these rights, they might even be pushed below the poverty line.”

Some servitors have strayed into other occupations such as tourism, hospitality, politics and real estate. Others have gone on to pursue higher education. But most remain immersed in their religious traditions.

They believe replacement of a hereditary system with merit-based appointment of salaried priests might corrupt priesthood itself. 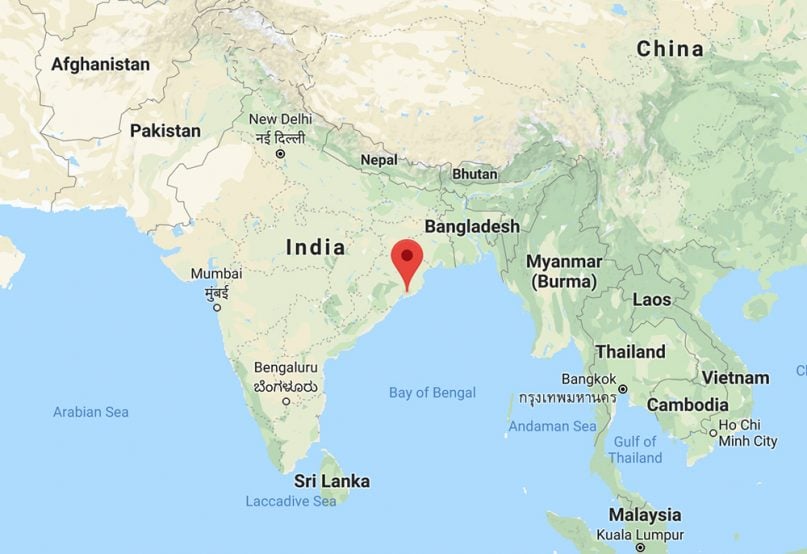 The Jagannath Temple is in Puri, in eastern India. Map courtesy of Google

A senior priest, Janardhan Mahapatra, says the Jagannath cult’s amalgamation of ancient tribal and Brahmin rituals makes it  unique. The servitors, he added, are not drawn from highborn Hindu families, making them a rare exception to India’s strict caste hierarchy.

“In a merit-based system, servitors may be drawn from a specific caste. It will erode our identity and egalitarian spirit.”

The case against the priests originated in the 1970s, when some visitors to the temple complained that the priests were extorting their fees from devotees. In 1977, the state government of Odisha commissioned a probe into hereditary priesthood, but stiff opposition from the servitors prevented any change.

Earier this year, a devotee from Maharashtra, India, was beaten up by two servitors for refusing to pay donations, prompting a local lawyer and social activist named Mrinalini Padhi to petition the Supreme Court to curb the priests’ aggressiveness. “There shouldn’t be any coercion in places of worship,” Padhi told Religion News Service.

In response, the Supreme Court directed a district judge to make recommendations for temple reforms. The judge’s report, released in July, charged that the temple’s “management committee and the government have failed to exercise effective control over servitors.”

The court’s interference in religious matters has rankled temple visitors and priests alike. The Jagannath Temple in Puri, India, was primarily built in the 12th century. India’s Supreme Court has proposed ending the tradition of hereditary rights for priests at the temple. RNS photo by Priyadarshini Sen

“The judiciary shouldn’t interfere in hereditary and customary rights,” said S.K. Makbul Islam, an associate professor of Bengali at St Paul’s Cathedral Mission College in Kolkata. “It’s the onus of the temple administration to check abuse of privileges.”

The proposed crackdown has spurred temple workers to demand guarantees of employment, education, housing and widow’s pension benefits from the government.

“I only get $11 from the government for my bimonthly ritual service and about $1,400 as health insurance per year,” said one servitor. “One-third of us live below the poverty line.”

Padhi agrees the government needs to do more for the priestly class if it is to stop the servitors from demanding payment. “The government should figure out ways to uplift this class, so they stop abusing their rights,” she said.

Any reforms to the traditions of the temple seem to have as much to do with a way of life as with economic hardship. In October, Pujapanda’s father wrote to the chief justice of India, seeking permission to end his life if hereditary rights are revoked.

“If the Supreme Court takes away our time-honored tradition, there’s no point in living,” said Pujapanda.

Opinion
Human rights is on Blinken’s agenda in India. Can he make it stick?