(RNS) — The Rev. Dr. Jimmy Raymond Allen, who died last week (Jan. 8) at age 91, was little known in the larger culture, despite a career that touched religion, politics, theology, ethics and race.

But Allen was something of a legend among Southern Baptists.

A gifted preacher, caring pastor, tireless organizer, insightful entrepreneur and Baptist statesman, Allen reached the pinnacle of ecclesiastical success. President Jimmy Carter, a longtime friend and confidant, wrote of Allen: “I cannot think of any other Baptist leader who has had more of a beneficial effect on my life than Jimmy Allen.” Carter even took Allen to Camp David when he was negotiating a Middle East peace deal between Israelis and Palestinians.

History may best remember Allen, however, for his central role in the transition that descended on American religious and political life in the late 20th and early 21st centuries, when ultra-conservative Christians first established themselves as the voice of Southern Baptist evangelicalism, then harnessed themselves to the political right. 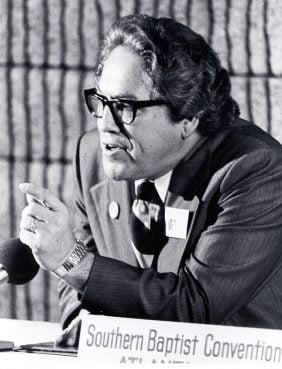 Former SBC President Jimmy Allen, pictured here at a press conference during the 1978 SBC annual meeting, was remembered as “driven” and an “energetic dreamer.” Photo courtesy of Baptist Press

In 1979, Memphis pastor Adrian Rogers followed Allen as president of the Southern Baptist Convention, becoming the first in a line of conservatives determined to use the appointive powers of their office to secure conservative majorities on all convention boards and agencies. They went on to instigate what they called a “course correction” to reassert a confessional doctrinal uniformity in the denomination, including biblical inerrancy, conservative politics and opposition to women’s ordination.

The conservative/moderate schism that followed anticipated controversies that continue to confront American churches across the theological spectrum, punctuated most recently by a dramatic recent rise in the “nones”: individuals who departed or chose not to engage in organized religion.

Allen’s progressivism often set him at odds with the conservatives’ effort, but he responded to the social and theological upheaval with insight, controversy and creative energy. As the schism ended in 1990 with conservatives taking complete control of America’s largest Protestant denomination, Jimmy Allen founded a new home for evangelicals like him.

In “Loving Beyond Your Theology: The Life and Ministry of Jimmy Raymond Allen,” Mercer University professor Larry L. McSwain noted that Allen was “a man of enormous intellect and energy who grew beyond his environment and culture to develop a lifelong commitment to the blending of his inherited theology with an ethical progressivism of the Social Gospel.”

Born in 1927 in Arkansas, but growing up in Texas, Allen came of age in the Southern Baptist Convention (SBC) at a time when it was, in the words of historian E. Glenn Hinson, “the Catholic Church of the South” — an unofficial official religion that dominated Southern culture.

Jimmy Allen in the 1960s.  Photo courtesy of Bridwell Library

Converted at the age of 8 in the relentless revival atmosphere of Baptist life at the time, Allen as an adult “surrendered to preach,” following his father, the Rev. Earl Allen, into Christian ministry. Allen got a typical Baptist education at Howard Payne College in Brownwood and Southwestern Baptist Theological Seminary before moving through a series of pastorates in Texas Baptist churches, including his dozen years at First Baptist Church of San Antonio from 1968 to 1980.

He remained one of the denomination’s loudest moderate voices, insisting the SBC had long been a “big tent” conservative movement, open to educational and congregational diversity, and united around Christian evangelism and mission. As Allen predicted, the conservative reign has seen declines in SBC membership, baptisms and funding for more than a decade.

As the conservatives extended their control, Allen let it all go, becoming a major advocate for new coalitions formed by moderate Baptist churches and individuals. In 1991 he helped to found the Cooperative Baptist Fellowship (CBF) and became its first national moderator. The CBF was a refuge for individuals exhausted by years of rancor, offering community and shared ministry outside and beyond the SBC.

He joined Carter and others in establishing the New Baptist Covenant (NBC), a movement aimed at creating greater interracial relationships among Baptist groups. That led to a 2008 New Baptist Covenant meeting in Atlanta attended by some 15,000 people, perhaps the largest multiracial gathering of Baptists ever held in the U.S. The NBC continues to link churches in multiracial dialogue, collective worship and community action. 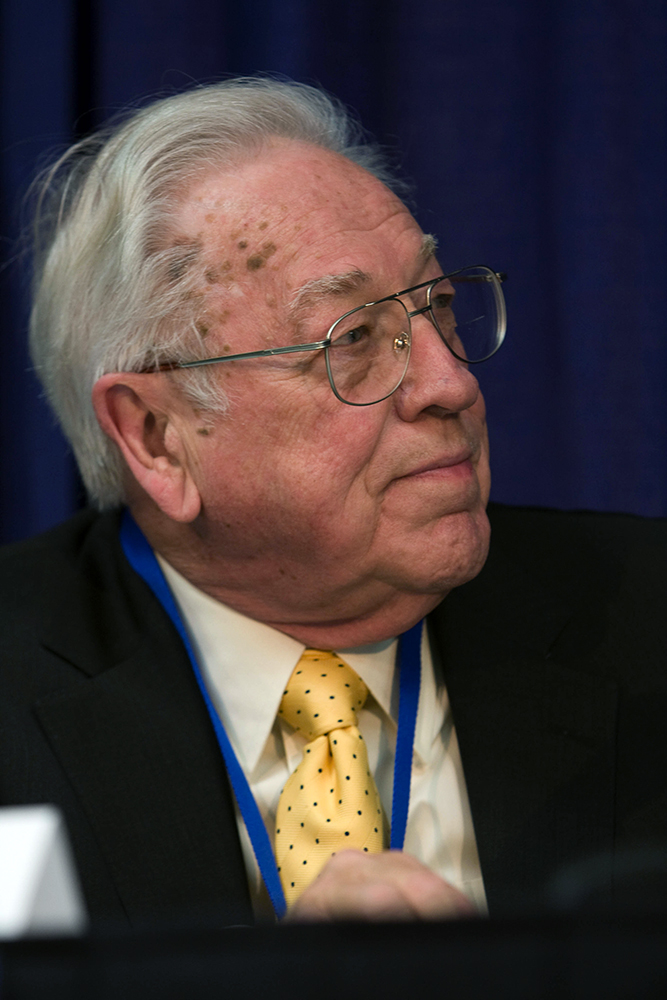 Jimmy Allen, former SBC president, served as program chairman of the Celebration of a New Baptist Covenant in early 2008 in Atlanta. Photo by Bob Mahoney

Allen didn’t leave the convention he knew easily. President Carter, with Allen’s assistance, made a valiant but unsuccessful effort to bring both sides together, hosting several gatherings at the Carter Center aimed at developing “a covenant of cooperation” in shared pastoral concerns.

Meantime, Allen and his wife, Wanda Allen, were not spared encounter with other changing realities in American life. In 1982, Lydia Allen, the spouse of their son Scott, contracted the HIV/AIDS virus from a contaminated blood transfusion after the birth of their son Matthew.

The disease was not discovered until the birth of their second son, Bryan Caleb, in 1985. AIDS ultimately took the lives of Lydia and the two boys, and the surviving family’s grief was compounded by the fearful reactions of Christian congregations, including Scott’s firing by the church he served in Colorado Springs, Colo.

As this trauma descended on the family, another son, Skip, acknowledged that he was gay and was HIV-positive. He died in 2015.

These experiences, and the response from religious communities, led Allen to write “Burden of a Secret: A Story of Truth and Mercy in a Family Faced with AIDS,” a text that assisted families and churches in confronting HIV/AIDS as it moved through American culture and across the world.

Jimmy Allen grew up believing that the Southern Baptist Convention would sustain him throughout his life and ministry; it didn’t. Undaunted, he worked to preserve a progressive vision of Christian identity in other new Baptist communions and covenants.

Confronting significant change in his denomination, his family and his country, Allen became an agent of change himself, to the very end. We are all the better for it.

(Bill Leonard is Dunn Professor of Baptist Studies and Church History Emeritus at Wake Forest University and author, most recently, of “Homebrewed Christianity Guide to Church History: Flaming Heretics and Heavy Drinkers.” The views expressed in this commentary do not necessarily represent those of Religion News Service.) 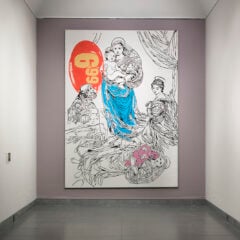