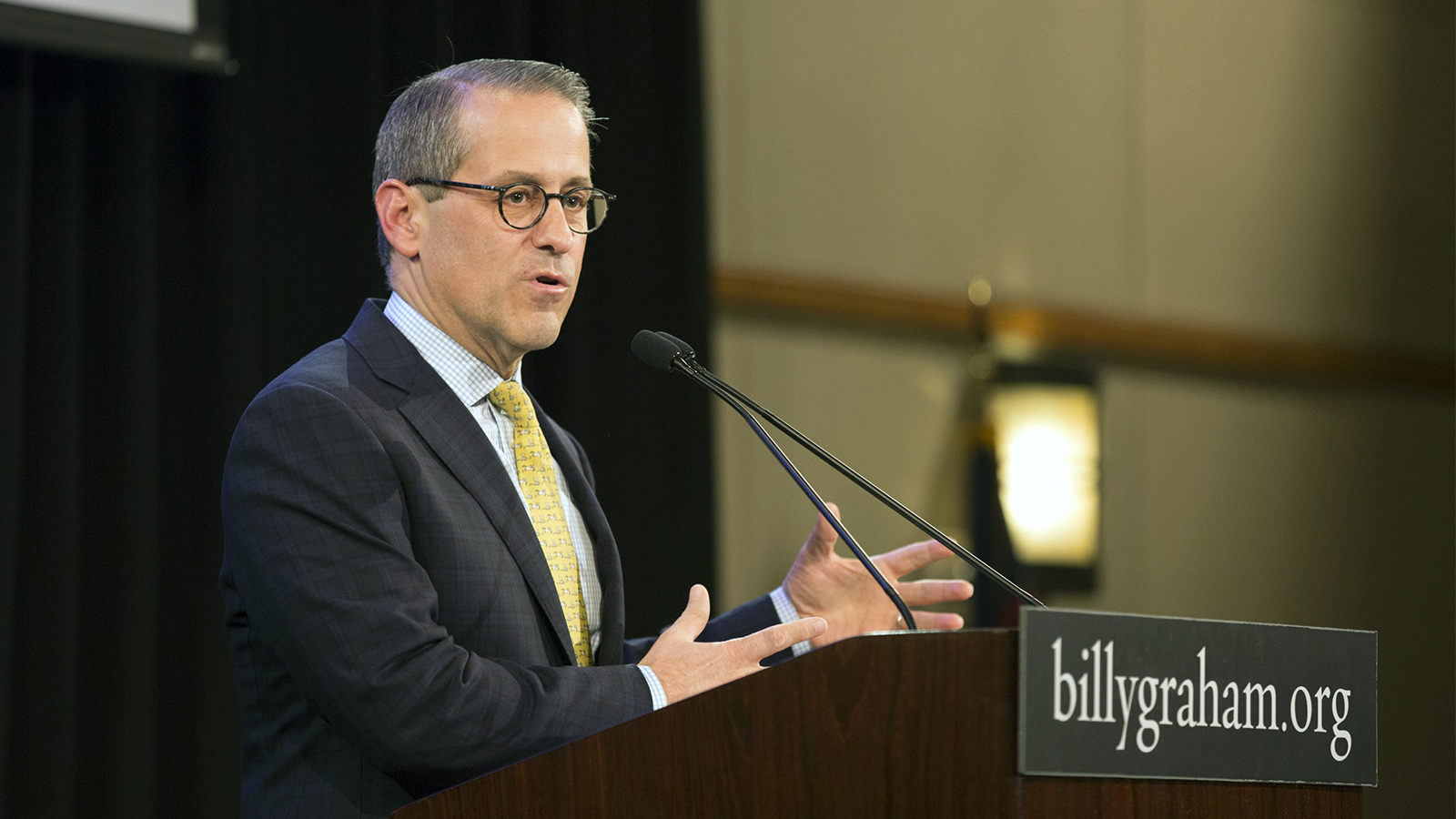 (RNS) — For once, Mark DeMoss is on the other side of the story.

The longtime public relations executive, who has represented prominent evangelical organizations for more than three decades, announced Tuesday (Jan. 15) that he is going to close his Atlanta-based firm at the end of March.

In an interview with Religion News Service after his announcement, DeMoss talked about how he relishes helping ministries in crisis and promoting prominent Christian leaders but, at 56, no longer wants to be a businessman as public relations adapts to a digital age.

Having represented a total of 200 clients — from Ebola patient Kent Brantly to the Museum of the Bible to Willow Creek Church — DeMoss said he had a unique “front row seat” to evangelical history since the 1980s.

He has been in business long enough to have crossed paths with two pairs of fathers and sons: Billy and Franklin Graham and Jerry Falwells Senior and Junior. In the interview, DeMoss defended his “good friend” and client Franklin Graham but chose not to comment on the younger Falwell, leaving as his last word remarks DeMoss made more than two years ago distancing himself from Falwell's support for President Trump.

DeMoss talked to RNS about surviving cancer, his concerns about incivility and why he’ll never write a tell-all book. How would you sum up why you decided to close your firm after 28 years?

I just became more and more aware that what I really love is the practice of PR and not the business of PR, meaning the responsibilities that come with owning and leading an agency. I still love doing PR. I love giving advice and counsel. I love trying to solve problems and I love writing. I love messaging. I love storytelling. But I've never considered myself a businessman. A lot of people assume because you own a business, you must be a businessman or an entrepreneur and I'm really not wired that way. And so, I just felt it was time. I'm not retiring from productive contribution to Christian work. I'm retiring from the agency business and I'm too young to do nothing.

How has the evangelical ecosystem changed in recent decades and how much do those changes have to do with you no longer representing it?

I don't have any false sense or ego that we are the PR firm for evangelicalism. We're not and I'm not. It's a big world. I don't disagree with the assessment in your question about the evangelical political dynamics of the last several years. I have strong personal feelings about that, less so professionally. Ultimately every person and certainly every leader and every Christian leader has to do what they believe they're called to do. I may disagree with what somebody else is doing and they would probably make a case that that's what they felt called to do.

Your firm represented Billy Graham late in his life and his evangelistic association now led by his son Franklin Graham. Has it been more difficult for you to represent Franklin, given his greater public involvement than his dad in politics, including Franklin's defense of Trump?

No, for several reasons. Franklin's the first person I went to see after I told my staff on Friday that I was closing my firm. I flew to meet with Franklin Saturday morning and took my wife with me. I have a wonderful, 27-year relationship with Franklin and his ministry. For all the attention that Franklin might get for his relationship with the president, I think about how 157 million children have now gotten a Christmas gift through Operation Christmas Child. I was involved in that project from the very first shoebox that was ever packed. I see what Samaritan's Purse has gone in and done. That's the kind of thing that has drawn me to Franklin Graham and made me not only a friend but a donor, a personal donor to his ministry. He'll always be my friend. We won't agree on everything. 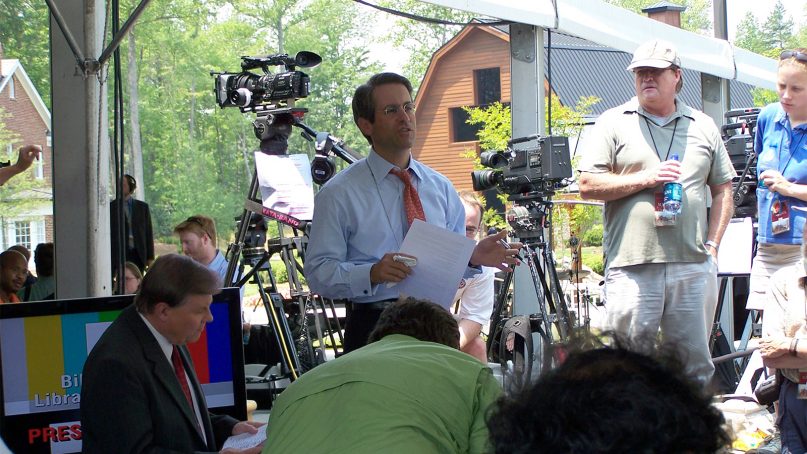 Where do you stand yourself: Are you supportive of the Trump administration or do you differ from Jerry Falwell Jr., whose father you used to represent and who has been very supportive of Trump as well?

I would rather not talk, at least now, about my personal, political view. I did speak publicly in March of 2016 about Jerry Falwell Jr.'s endorsement of then-candidate Trump. I'm not on a crusade. I'm not on a mission. I'm not looking to do something politically after closing my firm.

You co-led a civility project in 2009 in hopes of reducing the rancor that you saw between dueling parties, including anti-Mormon sentiments by evangelicals during Mitt Romney's presidential campaign. Is the lack of civility in society part of what's led you to move on?

Lack of civility remains a big concern of mine and it's still a passion of mine. I dissolved that project, really, because I just didn't have the time and resources to devote to it. But things have gotten worse on that front. I might want to do something about it. I might write about it. I might try to bring people together. I'm still concerned about it and I have to say I'm not optimistic about it, either. It didn't factor into closing my firm.

You received a cancer diagnosis a couple of years ago. Could you explain a little bit about it and say how you're doing now?

In December 2016 I had noticed a small lump on my chin, got it looked at and was diagnosed with lymphoma and then underwent six rounds of chemotherapy in January through April of 2017. Medically, my reports are very good. I'm in remission. I feel good. I had a CT scan right before Christmas. It was clean. The season in 2017, of going through treatment and recuperating from treatment and not traveling for eight months, did afford me a lot of time to think, to process about my firm, about business trends and communications trends. The experience helped me sharpen my focus and think about the next season of my life. But I'm definitely not closing because of cancer or because of health.

In a letter announcing your decision you described your leadership of the firm as “an all-access pass” to evangelical history. Are there some pieces that you particularly recall?

One would be the Promise Keepers movement in the mid- to late '90s, where a college football coach has a vision to call men together in stadiums and starts with a few thousand in a basketball arena and pretty quickly it's filling NFL football stadiums with 60, 70, 80,000 men, leading to the big gathering on the National Mall in 1997 that may have had a million men.

We were very involved with Chuck Colson in a document and a movement that he was at least half responsible for called Evangelicals and Catholics Together. ECT was a document that he and some other evangelical leaders worked with some Catholic leaders and drew up, a document on things that they had in common and things that they could stand together on. That drew a lot of fire, but I think it was an important thing. Certainly all of the events surrounding the death of Billy Graham was just — I don't think anything like that will happen in my lifetime again. 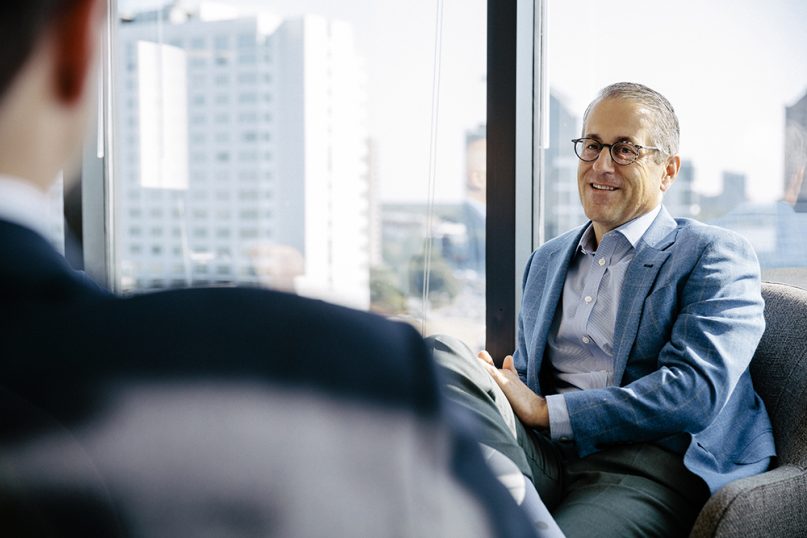 I wondered whether, after you were able to handle his passing and publicize his legacy, that maybe it was like, “OK, I've done that. Maybe it's time to move on.”

Are there clients whom you expect to stay connected with in some way or some that you'll especially be rooting for from the sidelines?

I'm rooting for all of them. When one organization gets a black eye, it affects Christendom. It affects evangelicalism. If there's a scandal or a moral failure or a bankruptcy, people get painted with a broad brush. And so I'm rooting for all of these people to succeed and to stay true to their mission and to reach more people and serve more people and to use their resources well because that helps everybody, just as a blemish tends to hurt everybody.

What are your next steps? You mentioned that you might have some plans and that you weren't retiring.

The short answer is I honestly don't know. I don't have anything up my sleeve. I haven't been quietly mapping something out. I want to take a season at least later this year to think and process and maybe write a little bit. No matter what I do professionally, I can't imagine ever not being connected to evangelical ministries and churches and leaders in some capacity, whether or not I'm being paid for it. That's where my heart is.

What is it like to be on the other side of the story for a change?

I'm happy staying on the side of the story that I spent most of my life on. A lot of what my firm has done is well-known because we've been distributing news releases and telling the story of client work and activities for years. But most of my role has been quieter and behind the scenes.

Would it be correct to say that you have been a crisis communications adviser for people in a private way?

I've always been involved in crisis management and crisis communications. The older I got, the more I was spending my time that way. A lot of it is known, because I would be quoted as a spokesperson. A majority of it, people don't know about because I stayed in the background. One of the reasons I won't write a book about my years in PR is that the only way it would be an interesting book would be to tell stories using names, and I'm not going to do that.