VATICAN CITY (AP) — Pope Francis said Wednesday (Jan. 23) that fear of migration is “making us crazy” as he began a trip to Central America amid a standoff over President Trump’s promised wall at the U.S.-Mexico border and a new caravan of migrants heading north.

Francis was asked by reporters about the proposed border wall Wednesday on the way to Panama, where he is looking to leave the sex abuse scandals buffeting his papacy behind. Francis responded: “It is the fear that makes us crazy.”

The Roman Catholic Church’s first Latin American pope and the son of Italian immigrants to Argentina, Francis has made the plight of migrants and refugees a cornerstone of his papacy. He is also expected to offer words of encouragement to young people gathered in Panama for World Youth Day, the church’s once-every-three-year pep rally that aims to invigorate the next generation of Catholics in their faith.

Panama Archbishop Jose Domingo Ulloa said Francis’ message is likely to resonate with young Central Americans who see their only future free of violence and poverty in migrating to the U.S. — “young people who often fall into the hands of drug traffickers and so many other realities that our young people face.” 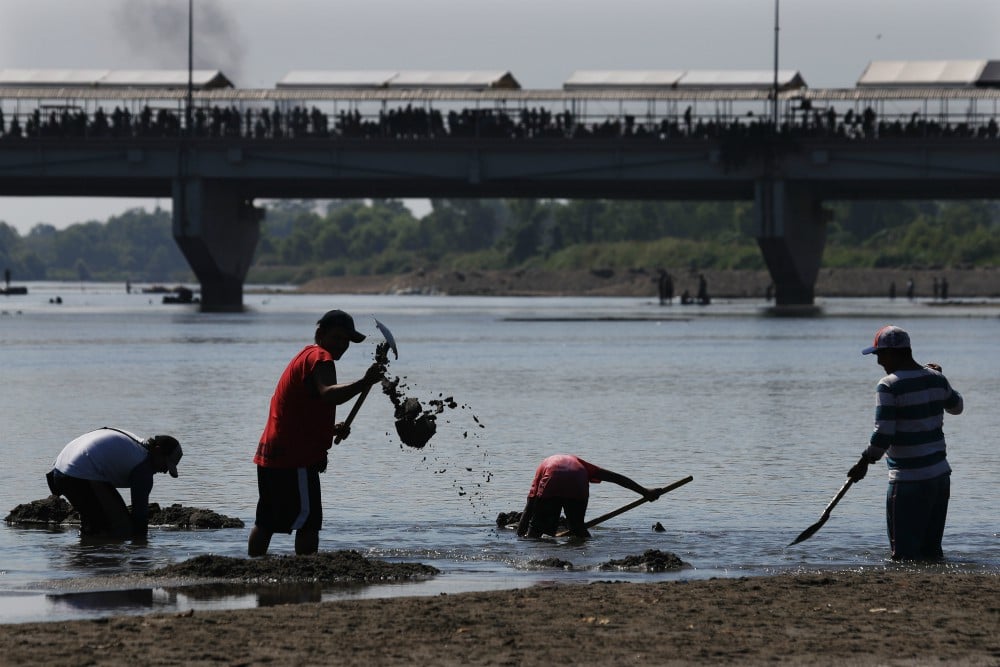 Workers clean the Suchiate River on the border between Guatemala and Mexico as Central American migrants wait to their migration issues at the bridge, top, near Ciudad Hidalgo, Chiapas State, Mexico, on Jan. 19, 2019. Hundreds of Central American migrants are walking and hitchhiking through the region as part of a new caravan of migrants hoping to reach the United States. (AP Photo/Marco Ugarte)

The pope is expected to urge young people to create their own opportunities, while calling on governments do their share as well.

The visit is taking place as the U.S. government remains partly shut down in a standoff between the Trump administration and Democrats over funding for Trump’s promised border wall.

Francis famously has called for “bridges, not walls.” After celebrating Mass in 2016 on the Mexican side of the U.S. border, he denounced anyone who wants to build a wall to keep out migrants as “not Christian.”

Crowds are expected to be smaller than usual for this World Youth Day — only about 150,000 people had registered as of last week — but thousands more will certainly throng Francis’ main events, which include a vigil and a final Mass on Sunday. The Vatican conceded that the January date doesn’t suit school vacations in Europe or North America, both of which typically send huge numbers of pilgrims to World Youth Day gatherings. 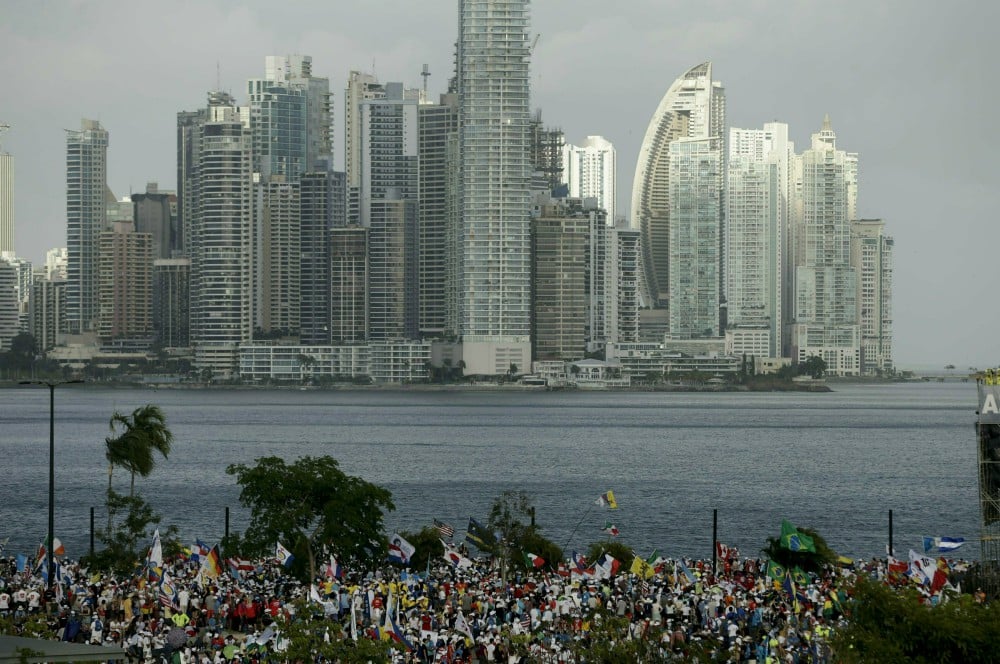 Francis’ trip, the first in a year packed with foreign travel, comes at a critical moment in the papacy as the Catholic hierarchy globally is facing a crisis in credibility for covering up decades of cases of priests molesting young people.

The pope is expected to soon rule on the fate of former Cardinal Theodore McCarrick, the high-powered U.S. archbishop accused of molesting minors and adults. And he is hosting church leaders at the Vatican next month on trying to chart a way forward for the global church.

Vatican spokesman Alessandro Gisotti said there were no plans for Francis to meet with abuse survivors in Panama. Central America hasn’t yet seen the explosion of sex abuse cases that have shattered trust in the Catholic hierarchy in Chile, the U.S. and other parts of the world.

This is the first papal visit to Panama since St. John Paul II was there during a 1983 regional tour that famously included an unscheduled stop at the tomb of Archbishop Oscar Romero in El Salvador. Romero had been gunned down by right-wing death squads three years earlier, at the start of El Salvador’s civil war, for having spoken out on behalf of the poor.

Salvadoran bishops had hoped Francis would follow suit and make a stop in El Salvador this time to pay his respects at Romero’s tomb since Francis canonized him in October. But the Vatican said a Salvador leg was never really in the cards.

Nevertheless, Gisotti said Romero would likely loom large at the Panama gathering, given he is such a point of reference for young Central American Catholics who grew up learning about his defense of the poor.

The Panama visit is also the first by a pope since the Vatican embassy played a crucial role during the 1989 U.S. invasion of Panama, when dictator Manuel Noriega took refuge there and requested asylum on Christmas Eve after four days on the run trying to escape U.S. troops.

Noriega eventually surrendered, bringing to an end one of the more unusual U.S. military operations: It involved U.S. troops blasting heavy metal and rock music — including Van Halen’s “Panama” — at the embassy to try to force Noriega out.

Noriega, a onetime U.S. ally, eventually served a 17-year drug sentence in the United States. He died in 2017 after his final years were spent in a Panamanian prison for the murder of political opponents during his 1983-89 regime.

Pope Francis confirmed to reporters aboard the papal plane that he plans to go to Japan in November. The pope also said he wants to visit Iraq, but that local church leaders have told him that the security situation is not yet right.

This year, the pontiff has already scheduled trips to United Arab Emirates, Morocco and Bulgaria and Macedonia, and a trip to Madagascar is rumored.