(RNS) — Earlier this month I published a column on what I learned teaching Islamic studies in Texas. As I’ve come to expect from all my columns, this one was met with quite a bit of positivity — and also with quite a bit of hate mail. Some accused me of selling out my Sikh roots, others called me a terrorist sympathizer; others, still, called me some very not nice things. Let’s just say that my block button was even more active than usual on Twitter last week.

In response to the misguided messages, I would like to share some thoughts on the anti-Muslim hate Sikhs endure and why I, along with many other Sikhs I know, continue to stand as allies to our Muslim sisters and brothers.

First, I will note that although Sikhs aren’t Muslim, we remain frequent targets of anti-Muslim violence. Other scholars and I refer to the process that produces the negative feelings animating this violence as “racialization.” This process ties directly to how people perceive our visible identity, including our beards, turbans, and brown skin.

Most people in the world don’t know anything, or not much, about Sikhs, despite the fact that Sikhi is the world’s fifth-largest religion. This general ignorance is a huge problem, especially when coupled with Islamophobic racism.

Over the years, many have asked why we don’t just tell people that Sikhs aren’t Muslims and leave it at that. “Why don’t you let Muslims deal with their own problems?” is a typical one. Or, “Wouldn’t it be easier and safer for you all to just tell people who attack you that they got the wrong person?”

The problem with this response is that it just deflects the hate onto another community. That’s not right, nor is it fair.

Nor is it Sikhism. My faith teaches me to engage in authentic solidarity, to see others’ oppression as our own. It’s just not an option to throw another community under the bus — even if it might make our lives easier or safer. 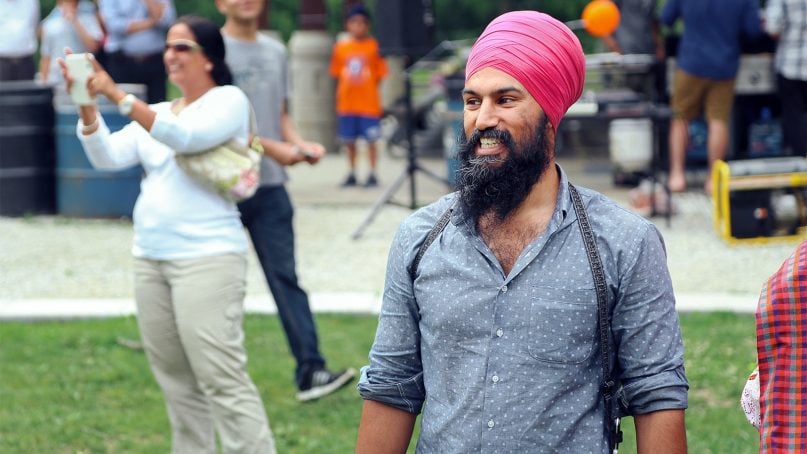 At a meet-and-greet with constituents in 2017, Jagmeet Singh, the leader of Canada’s New Democratic Party, and a Sikh, was subjected to a racist, Islamophobic tirade and famously responded with love and courage. Afterward he wrote, “Once allowed to grow, hate doesn’t pick and choose, it spreads like fire. Once we say it’s okay to hate someone based on their religion, we’re also opening the door to hate based on race, gender, sexuality, and more. It’s important that we stand united against all forms of hate.”

Jagmeet followed that up with a similar sentiment to what I’ve laid out above: “Many people have commented that I could have just said, ‘I’m not Muslim.’ In fact, many have clarified that I’m actually Sikh,” he said. “While I’m proud of who I am, I purposely didn’t go down that road because it suggests their hate would be OK if I was Muslim. We all know it’s not. I didn’t answer the question because my response to Islamophobia has never been ‘I’m not Muslim.’ It has always been and will be that ‘hate is wrong.'”

Authentic solidarity is both ethical and strategic. It’s ethical because standing with those who are oppressed no matter the consequences is the right thing to do. It’s strategic because confronting hate intersectionally (rather than deflecting it) is the only way forward.

Anti-Muslim racism is not just a problem in what’s termed the Western world. It’s a global phenomenon, with immense and violent implications. We see it in China with the genocidal killing of the Uyghur Muslims. We see it in Myanmar with the ethnic cleansing of the Rohingya Muslims. Islamophobia is especially bad in modern South Asia, where right-wing nationalists push anti-Muslim propaganda to construct false historical narratives. 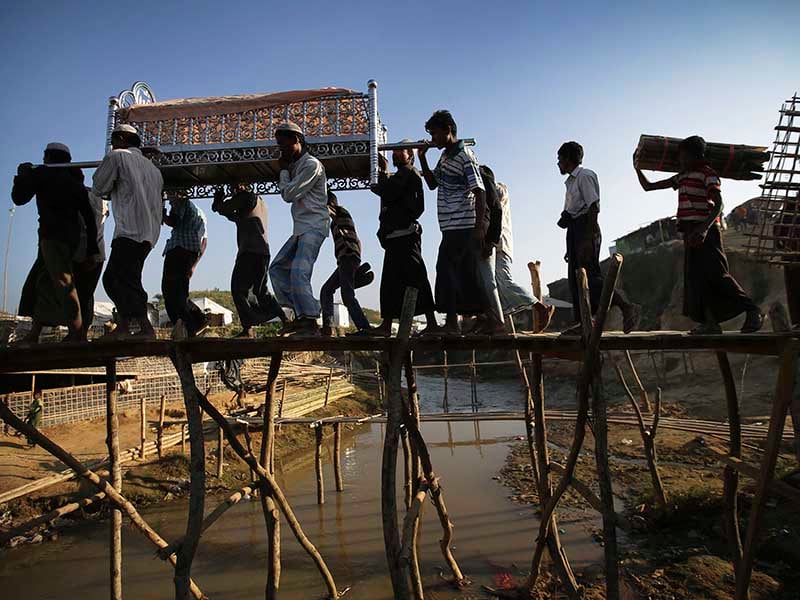 For instance, it has become increasingly popular to depict all rulers from the Mughal period (an early modern dynasty that claimed a large swath of South Asia) as tyrannical Muslim fundamentalists who demonized and persecuted all Hindus. This is patently untrue, yet it remains the standard story of modern India, disseminated to the children through schoolteachers and “history” textbooks.

This propaganda not only distorts the truth of what we know about the histories of these communities — it’s also putting innocent Muslim lives in danger.

I get hate messages from right-wing nationalists daily that push this propaganda, Sikhs and Hindus alike. They call me a traitor and a fake Sikh. They say a true Sikh would hate Islam because that’s what Sikhi teaches. They say the Sikh gurus would be ashamed of me for standing against Muslim hate.

As a historian of religion in South Asia, I know this isn’t true. There is ample evidence to which I could point to make my case, not least the strong relationships between the early Sikh gurus of the 15th and 16th centuries and Muslim leaders of the time. The founder of the Sikh faith, Guru Nanak Sahib, was so close to his Muslim friend Bhai Mardana that they traveled together for years throughout South and Central Asia.

Guru Arjan Sahib, the fifth Sikh guru, was so close to Sain Mian Mir, a prominent Sufi from Lahore, that Guru Arjan Sahib invited him to lay the foundation stone for Darbar Sahib of Amritsar, the most historically significant gurdwara (place of worship) in the Sikh tradition.

The sixth guru in the line of the founder, Nanak, Guru Hargobind Sahib established a mosque in his town for Muslims who had no other place to pray. Aptly named “Guru Ki Maseet” (the Guru’s Mosque), it is still standing in Punjab today.

Each of the examples above makes it clear the Sikh gurus did not hate Muslims — nor did they see befriending Muslims and respecting Islam as antithetical to their teachings. Their lives show us that. History shows us that.

Equipping ourselves with knowledge like this is a critical tool for protecting ourselves from propaganda that gets thrown our way. In a time when anti-Muslim tropes are used increasingly for political machinations (especially from our sitting president), it becomes increasingly important for us to reflect on our own values and to know what we stand for.

It’s also critically important that we dig into our own histories and reflect on what lessons we can learn from them, because failing to do so often means being deluded and manipulated by others with ulterior motives.

At the end of the day, I believe we know in our hearts what is right and what is just. I think we also know intellectually how hard it can be to do the right thing when the stakes are high and the outcomes are uncertain. This is why Jagmeet Singh received so much love for his compassionate response to hate. We all admired him for sticking to his values and showing authentic solidarity in the toughest of moments.

And if he could do it when his career and his personal safety were on the line, perhaps we can try doing it while the stakes are a little lower. Let’s commit to standing with our fellow sisters and brothers who are being demonized and marginalized. Isn’t that the least we can do?

Opinion
Hate crimes should not be judged by intent alone, but by how they affect all of us
Follow us on Facebook!
Submit your photos to RNS