“This church is a survivor,” she tells the dozen or so people taking her Walk of Faith tour in a neighborhood better known for its movie-star-spangled Walk of Fame. “I will show you a lot of churches but very few” — First Baptist among them — “have been able to remain in their original locations.”

Clemmer, a Los Angeles resident and a Baptist herself, came up with the Walk of Faith tour last winter, after spending a decade researching Hollywood history. To her surprise, the deeper she looked, the more she found that the place synonymous with the American movie industry — and now clogged with lingerie stores, tobacco shops and fast-food outlets — was founded as an alcohol-free Christian community.

Clemmer starts each tour with a brief introduction and prayer — encouraging people to pray however they want. Then she takes people back to 1887, when the name Hollywood first appeared on an official document, and four years after Daeida and Harvey Wilcox, who had made a fortune in real estate in Topeka, Kan., moved to Los Angeles.

The couple bought 120 acres centered at what would become the intersection of Hollywood and Vine, and after Harvey’s death and Daeida’s subsequent remarriage, Daeida began creating her vision of a Christian preserve. On Nov. 14, 1903, Hollywood elected to become an official city by a narrow vote — Daeida, as a woman, was unable to participate. 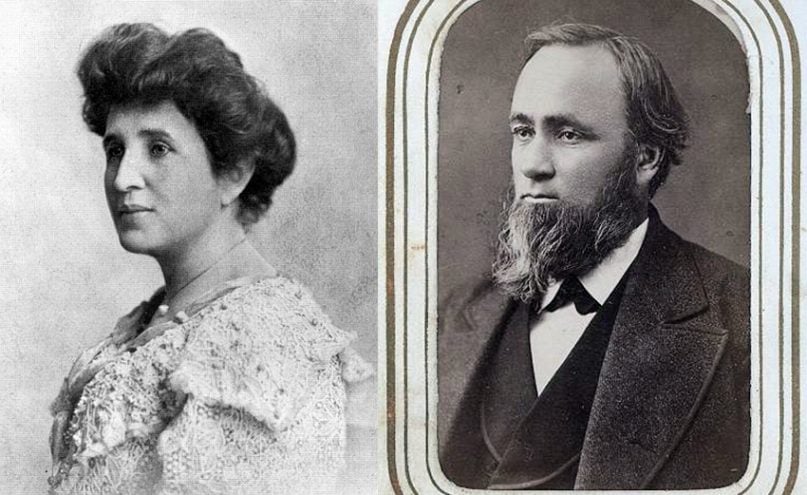 The first laws passed by the town involved bans on liquor, pool halls, bowling alleys, riding bicycles on sidewalks, the use of firearms and speeding. In 1905, the Los Angeles Times described it as a place where “the saloon and its kindred evils are unknown.”

Instead, it was filled with churches that had taken up Daeida’s offer of free land, regardless of denomination. After growing tired of traveling to neighboring Colegrove to attend her Episcopal church, Daeida gave land along Hollywood Boulevard for St. Stephen’s Episcopal Church, which has since moved a few blocks off the boulevard.

By 1910, Daeida’s town of 500 had expanded to about 5,000, and water scarcity forced Hollywood to incorporate into the booming city of Los Angeles. The detested saloons followed soon after, and by the time Daeida died in 1914, her vision was doomed as well.

But now some people are interested in getting back to some of the dream Daeida had. While the typical Hollywood tour might include tourists, the majority of the Walk of Faith attendees are locals — and that’s how Clemmer wants it.

“It’s important for local Christians to know there is a foundation of faith in Hollywood and that it’s something that can be reclaimed,” she said. 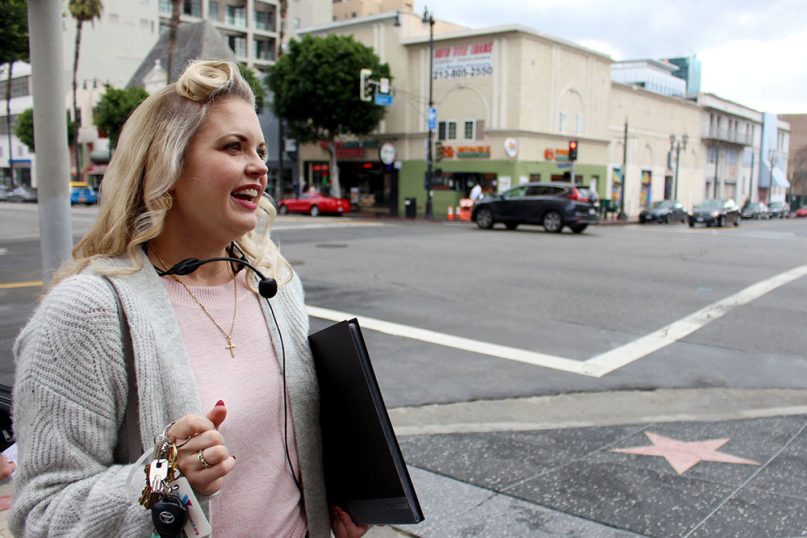 April Clemmer pauses her Walk of Faith tour kitty-corner from the former site of St. Stephen’s Episcopal Church, background in green, which is now a Juicy Wingz restaurant, in Hollywood on Feb. 9, 2019. RNS photo by Heather Adams

Carla Myers, 50, a Los Angeles resident who heard about the tour from a friend, agreed that Hollywood needed to return to its godly roots. “What the human soul needs at the core is community and connection and love and belonging.”

“I feel inspired to keep walking the streets and keep listening to how God would have me do my part,” Myers said.

Clemmer, who gives other historical tours of Hollywood, is currently offering her tour quarterly — the next is on May 11 — or by request. But her schedule may be picking up. She recently gave a tour to Karen Covell, who directs the Hollywood Prayer Network, an organization of and for entertainment industry Christians. Covell is encouraging her members to take the tour.

“She walks people through the decades, within a few blocks’ area, giving insight into the vision of Christians, the passion of filmmakers and the hand of God throughout the last 100 years in Hollywood,” Covell said. “It’s important to know what God has done in order to fully embrace what he’s doing and is going to continue to do in our community.”

Clemmer includes some history of the entertainment industry in the Walk of Faith tour, but she is more excited to tell the tale of the Blessed Sacrament Catholic Church or the complicated history of the 32-foot-high cross dedicated to Christine Wetherill Stevenson. 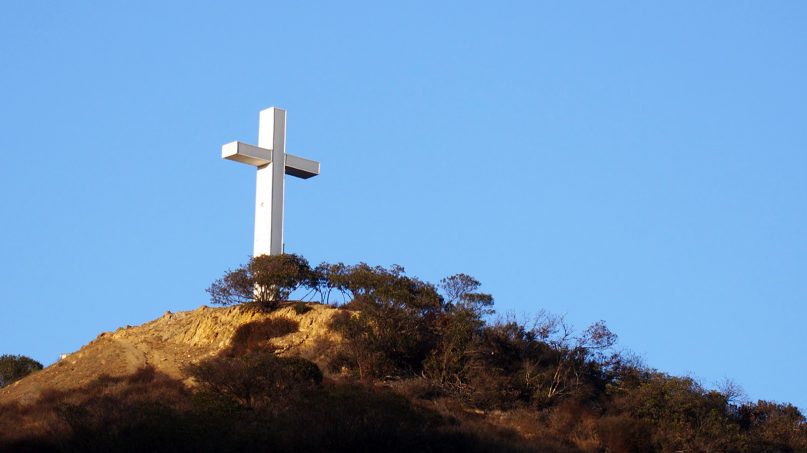 The Hollywood Cross, or Hollywood Pilgrimage Memorial Monument, is a 32-foot steel cross that was erected in 1923. Photo courtesy of Creative Commons

The cross, erected on one of Hollywood’s famous hills and visible from Highway 101, was built to honor Stevenson, who was instrumental in building the Hollywood Bowl and the Pilgrimage Theater, a venue dedicated to religious shows. Despite run-ins with vandals, fires and a dispute with the American Civil Liberties Union, the cross still stands today.

“If you think you don’t have a community in Hollywood that are fighting for good and for the gospel, think about those people,” Clemmer said, referring to those who have fought to keep the cross up.

The tour also includes sides of Hollywood not every tourist sees.

During the Feb. 9 tour, Clemmer took her customers through a homeless encampment. While she assured tour group members they were safe, she made the point that poverty is part of the reality of Hollywood.

Along for that day’s tour were Maralisa Ortiz and Natalie Myers, both 20-year-old students at Biola, a private evangelical Christian university in La Mirada, south of LA. They pronounced themselves impressed and surprised.

“I’ve never heard of something like this before — a Christian tour in Hollywood,” Natalie Myers said. “Hollywood’s not really thought of like that.”

News
‘After School Satan Club’ at California elementary school stirs controversy
Follow us on Facebook!
Submit your photos to RNS