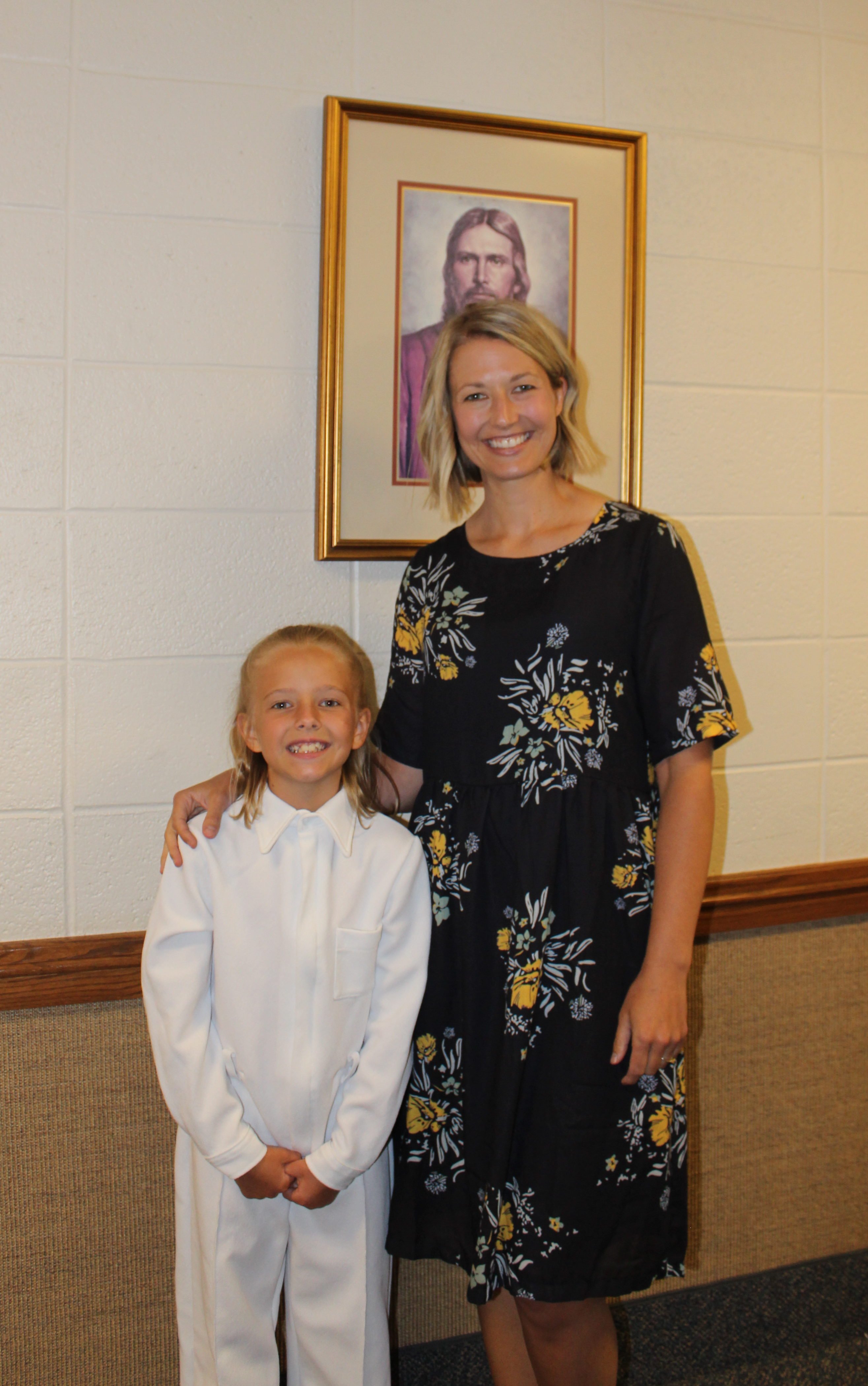 Guest blogger Kristin Lowe with one of her five children at her baptism, July 2018.
February 15, 2019
Jana Riess

Guest blogger Kristin Lowe with one of her five children at her baptism, July 2018.

Late last year, I sat with my husband in an empty sealing room of the Atlanta, Georgia LDS temple. He led me there to talk about some small comfort he had found in the phrasing of the sealing ordinance. He knew that for years I had been unsettled by the words that bound us together for eternity. He pointed out that the ceremony was historically progressive as far as marriage was concerned. In the sealing, women gave themselves away; they were not given away by another.

We talked about our daughters—we have two of them, ages 8 and 2. Now in tears, I told him I would be sad to take them to the temple one day to receive their own endowment the way things were.

There was room for change. Reading Devery S. Anderson‘s documentary history The Development of LDS Temple Worship, I learned curious details about the history of temple rituals, like how the church briefly entertained the idea of a sailing temple that would dock in cities around the world. Most importantly, I learned that the words and rituals of the temple ordinances are historically fluid; they have changed dramatically since the Nauvoo Temple in the 1840s. These changes were sometimes tied directly to member feedback.

In 1988, the church sent out a survey to a sample of adult members in the United States and Canada asking them about their temple worship experience. Among many things, the survey asked if they had ever fallen asleep in a session, and if they felt others talked too much. It also asked members if they believed ordinances were revealed by God, and whether they felt going to the temple was a rewarding experience. A blank page at the end allowed each member to include additional comments. Several aspects of the temple endowment ceremony changed soon after.

As my eyes traced the outlines of gold-lipped magnolia blossoms on the ceiling of the Atlanta temple, I told my husband about a friend who said the only thing she took away from her first experience in the temple was not that God knew her, but that Satan did. The women of the church needed words that would bring them closer to a God they felt knew them and loved them. A God, they were told by prophets, who expected much of them. I had faith in the promise of continuing revelation—that, one day, the temple ceremonies could help me confidently build my eternal identity on words that freed even as they exalted.

I honestly never thought change would come in my lifetime.

On January 2, my husband’s text message delivered the good news I had prayed over for so many years. His message linked to the Salt Lake Tribune headline: “LDS Church changes temple ceremony; faithful feminists will see revisions and additions as a ‘leap forward.’”

My kids were in bed. My husband at a collegiate basketball game. Alone in my living room, I literally fell to my knees in shock and gratitude and joy.

I went to the temple the night after hearing about the changes. I waited in the chapel over 30 minutes past the scheduled endowment session hour. Just outside the chapel doors, dozens of women came out of the celestial room, faces radiant, arms linked or thrown around each other’s shoulders. These women were just as soul-hungry for change as I was. I didn’t know them, but I felt a kinship in our faith realized.

That night, for the first time in years, the words of the endowment session filled me with hope and faith. The magnificent promises of the temple rang true to me. I have no doubt the changes came because women and men of the church had faith to ask questions about their temple experience, and a prophet listened and acted.

The changes in the temple tell us that words matter. The words we use to seal, endow, bless, and call matter there. They matter just as much at a stake, ward, and family level. Just a few days after attending the temple, I heard about a sister who was called to serve in a new capacity as a Relief Society missionary specialist. The stake leaders went back and forth with the ward bishopric about whether to use the term missionary leader or specialist. For reasons I do not know, leader was deemed inappropriate. So, specialist she is.

I wonder if those stake leaders see their daughters as leaders for the future. I wonder if, when they tell their daughters they can grow up to be anything in the world, that world also extends to our church community. We must continue to examine the words that create meaning and identity for our members now, and in the eternities. My experience continuing to worship in the temple while waiting on the Lord tells me that the women of the church can follow, and lead, with faith.

Kristin Lowe holds an MFA in narrative nonfiction from the University of Georgia’s Grady College of Journalism. She serves as a Relief Society teacher and ward librarian in Atlanta, Georgia. The mother of five, she is a freelance writer in the moments found during nap time, early mornings, and late nights. You can follow her sporadic Instagram feed at lowe.kristin.