(RNS) — For many United Methodists, the road to St. Louis is paved with anxiety.

Will a special session beginning Saturday (Feb. 23) — considered the most consequential in the denomination’s history — find common ground on LGBT policies and end years of debate? Or will the denomination — the nation’s second-largest Protestant group — split apart?

Helen Ryde doesn’t know what the meeting will bring.

But on Tuesday, she began a 600-mile pilgrimage from the North Carolina mountains to the America’s Center Convention Complex in St. Louis, site of the meeting. As she travels through Tennessee and Kentucky and Illinois, she planned to stop in dozens of United Methodist churches to say a prayer and pin an envelope containing her prayer to the door of each congregation.

“These events are often stressful,” said Ryde, 53, referring to the General Conference. “I want to start this conference with a sense of purpose and grounding.”

Ryde, 53, is not a delegate to the special session of the United Methodist Church’s legislative assembly. A married lesbian, she works as Southeast regional organizer for the Reconciling Ministries Network to encourage United Methodists to embrace LGBT equality. 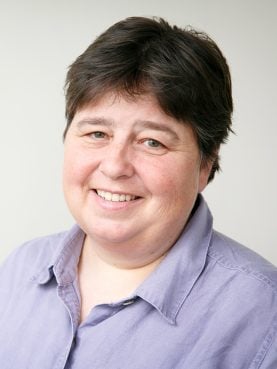 The special session will bring together 864 delegates and 66 nonvoting bishops, as well as dozens of administrators and activists.

During the meeting, they will consider various plans, including one that would allow churches to ordain and marry LGBT United Methodists. (Existing United Methodist rules bar “self-avowed practicing homosexuals” from being ordained as ministers and forbid ministers from officiating at same-sex weddings.)

“I’ll be working to help make decisions that will move us as far as we can toward being an inclusive church,” said Ryde. “That won’t happen overnight. But we do have the potential to take a step in the right direction.”

By Tuesday night, Ryde had made it to Glasgow, Ky., having stopped in 22 churches along the way — some small and rural, others larger and urban.

At each stop, she said a prayer she had composed before she left her Weaverville, N.C., home.

“Holy God,” her prayer read, “may every LGBTQ person who has ever been baptized, confirmed, attended or served this church know how fearfully and wonderfully made they are.”

At some churches, she folded the prayer into an envelope with her card and handed it to the church secretary. In other churches, where no one was around, she slipped the envelope underneath the door or tucked it into the mailbox.

Ryde herself married her partner, Kate, in a 2013 ceremony officiated by a Massachusetts United Methodist minister.

As she makes her way to St. Louis in her maroon Prius, Ryde has mostly tried to keep positive and hopeful. 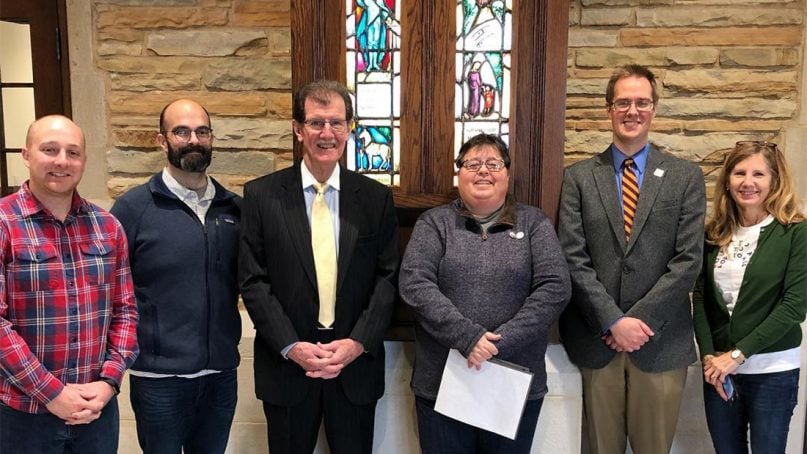 The United Methodist Church prides itself on being a “connectional” system that enables churches to work together “in unity and strength.” That’s one of the reasons Ryde wanted to stop in as many churches as she could — to remind herself of the ties that bind them all together.

She carried with her a tiny pewter statue of John Wesley, the denomination’s founder, riding his horse.

Wesley rode over 250,000 miles on horseback and often preached in the open air to audiences, mostly in England. The 18th-century preacher often faced angry mobs incited by local clergy.

“Wesley was known for going to places and people that the established church wasn’t going to,” she told Religion News Service in a phone interview from the road. “At its best, the United Methodist Church can and still does do that. It’s a useful reminder.”

Ryde, like Wesley, is from England. She is not ordained, but a member of a lay order of United Methodists committed to a lifetime of love, justice and service.

On Tuesday as a cold rain began to fall, she was grateful she wasn’t on horseback.

“I get to be in a car and I remind myself there are gas stations along the way if I need to stop for a bathroom break,” she said. “It’s the upside of modern-day circuit riding.”