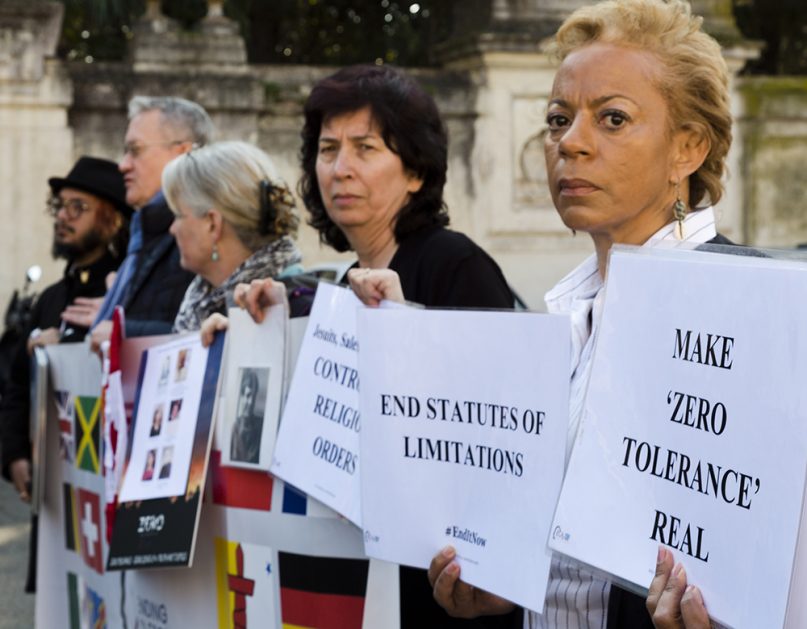 Psychoneurologist and founding member of the Ending Clergy Abuse (ECA) organization, Denise Buchanan, right, and member Leona Huggins, second from right, participate in a protest outside the St. Anselm on the Aventine Benedictine complex in Rome, on the second day of a summit called by Pope Francis at the Vatican on sex abuse in the Catholic Church on Feb. 22, 2019. (AP Photo/Domenico Stinellis)

A string of sex abuse scandals have rocked Christian communities recently: In the Roman Catholic Church, revelations related to sex abuse by priests continue to unfold across the globe. Within the Southern Baptist Convention, the largest Protestant denomination in the U.S., media reports have brought into public view allegations of sexual abuse dating back decades.

These scandals stand alongside abuses by prominent male church officials that have occurred in independent Christian communities, such as Harvest Bible Chapel, Willow Creek Community Church and Mars Hill Church.

Such scandals have led to widespread doubts about church officials and institutions. And this is not for the first time. As a scholar of early Christianity, I know that in the fourth century, Christian churches in North Africa faced a similar crisis of trust in their leaders.

Known as the Donatist controversy, it caused a schism that lasted for centuries and offers a parallel for thinking about the impact of these crises on contemporary Christian communities today.

Christians in the Roman Empire occasionally experienced periods of imperial persecution. These periods were often memorialized in Christian tradition through stories of famous martyrdoms. The stories often portrayed Christians as courageous and virtuous in the face of imperial violence.

The most infamous period of persecution occurred in the early fourth century A.D. Spearheaded by the emperor Diocletian, it was also the final imperially sponsored persecution of Christian communities.

While persecutions were sporadic, local and rare, they often put difficult choices before Christian clergy and laity.

Some renounced Christianity. Others handed over sacred books or church property and outed fellow Christians to the authorities. Christians called the latter “traditores,” a Latin term meaning “those who handed over,” the root of the word “traitor.”

Whether and how to welcome such traditores back into Christian communities after the persecutions was a topic of intense debate among Christians.

Traditores were considered to have betrayed their communities to save themselves. This sense of betrayal was particularly felt with respect to clergy members who had become traditores.

The issue came to a head in A.D. 311 in North Africa when Caecilian, the bishop of Carthage, became embroiled in controversy after it was alleged that one or more of the bishops who presided at his consecration had been traditores.

In the eyes of many Christians in North Africa, Caecilian’s virtues did not matter. The presence of a traditor among those who ordained him invalidated his ordination.

Caecilian was supported politically and financially by the imperial administration. Caecilian’s opponents pressed their case in regional councils and before local magistrates.

They even appealed to the Emperor Constantine, who wrote in a letter to the Vicar of Africa in A.D. 314 that he had grown tired of receiving requests from Caecilian’s opponents. 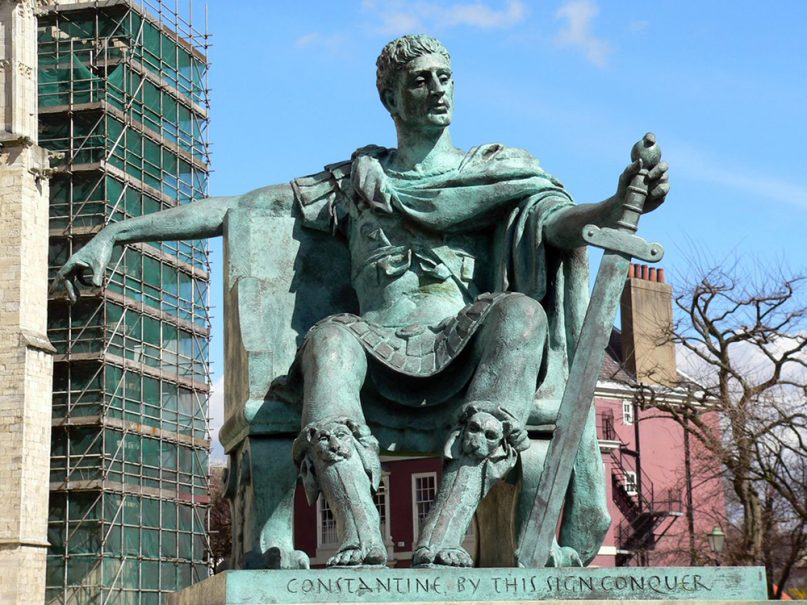 A statue of Emperor Constantine. Photo by Mary Harrsch/Creative Commons

They brought charges, which ultimately proved to be false, against Felix of Aptunga, one of the bishops that had ordained Caecilian. Charges against other bishops soon followed.

In A.D. 313, Donatus was consecrated bishop of Carthage and became the leading voice of Caecilian’s opponents. These “Donatists,” as they came to be called, created their own massive network of churches that stood in opposition to those allied with Caecilian and the Roman state.

Constantine soon grew fed up with the Donatists and the schism that they had created in the church. From A.D. 316-321, Constantine used the force of the state to coerce the Donatists back into the fold.

Constantine’s attempts to intervene led to violence that resulted in the deaths of Donatist Christians. His intervention did little to end the schism. Constantine soon gave up state-sponsored persecution of the Donatists.

In A.D. 346, the Emperor Constans, who succeeded Constantine, tried again to end the schism. His agents used imperial funds to woo clergy back, but also used violence. Macarius, one of Constans’s agents, led a campaign of suppression, in which Christians killed other fellow Christians.

Donatus was said to have questioned the very role of the emperor in the controversy, saying, “What has the emperor to do with the church?”

The Donatists believed the sins of traditores risked the salvation of individual members and the health of the community.

“How,” they asked, “could sacraments administered by an offending priest be recognized by a holy God?” And if those sacraments were not effective, the salvation of the individual and the community were at risk. For the Donatists, only sacraments performed by uncompromised clergy were effective. 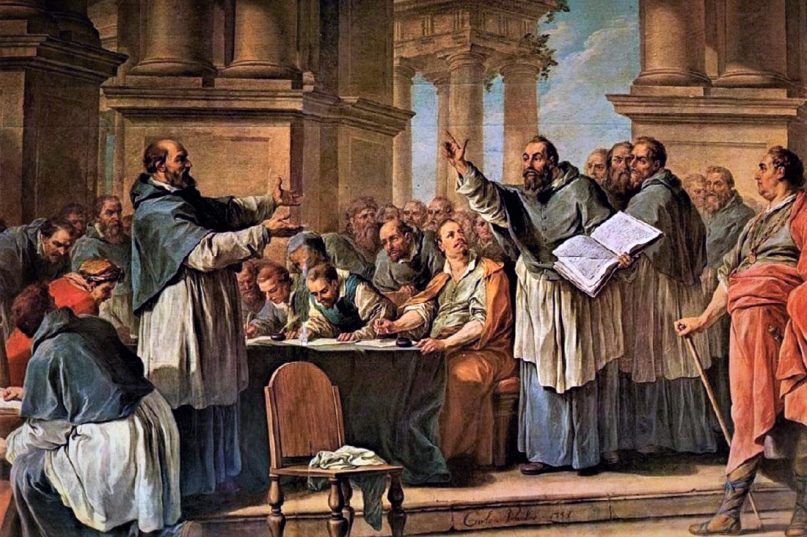 In their attempts to respond to Donatist critique, the Catholic Church settled on a strategy developed by Augustine, an influential fifth-century Catholic bishop in North Africa.

Augustine, who describes the sparring between Donatists and Catholics in his writings, argued that the sacraments were effective regardless of the morality of the clergy involved – a church doctrine known as “ex opere operato.” He said that as the sacraments were the work of Christ, they did not depend on the moral character of the officiating priest.

What can be learned today

Today, in the face of the sex abuse crisis, contemporary Christian communities find themselves asking questions about institutions that condoned, hid and promoted abusive clergy.

This might be a moment to revisit the Donatist critique. They created their own churches because they feared not only for the efficacy of the sacraments but also for the character of a church that made it too easy for traditores to continue to remain leaders.

Widespread sexual abuse by Christian clergy represents a very different crisis from that faced by the betrayal of the traditores.

However, I believe the Donatists offer a lesson for Christian communities about the risks to the integrity and cohesion of institutions when they shield the abuser rather than protect the victims.

Cavan W. Concannon is associate professor of religion at University of Southern California – Dornsife College of Letters, Arts and Sciences. This article is republished from The Conversation under a Creative Commons license. The views expressed in this commentary do not necessarily represent those of Religion News Service. Read the original article.