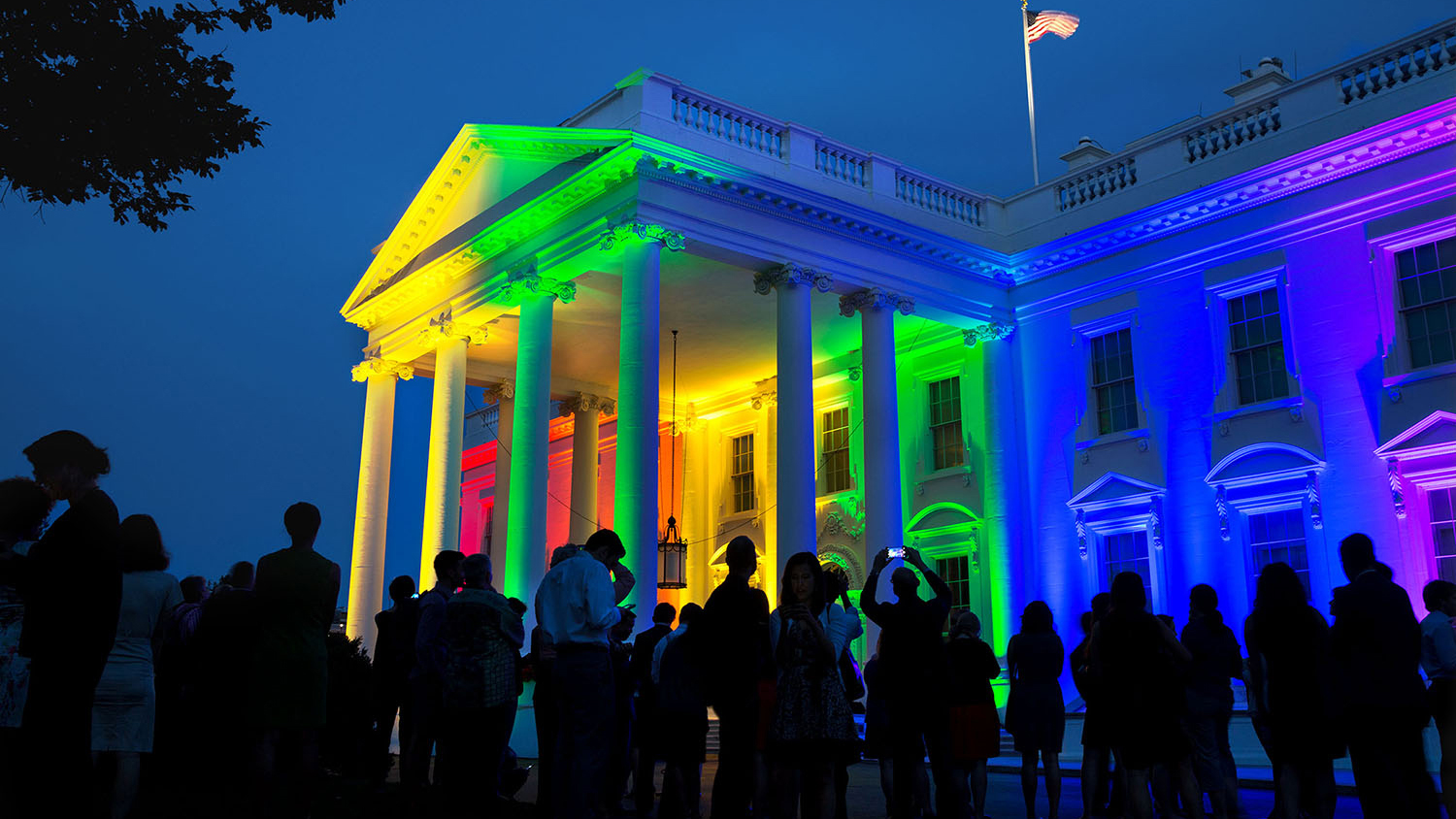 The White House was lit with the colors of the rainbow on June 26, 2015, after the Supreme Court ruling on same-sex marriage. Photo courtesy of the White House/Pete Souza
March 26, 2019
Yonat Shimron

(RNS) — A new survey finds that Americans continue to oppose the idea that small-business owners should be able to refuse products or services to gay or lesbian people due to their religious beliefs.

The survey by the Public Religion Research Institute follows up on findings released last week that show strong majorities within all religious groups also support nondiscrimination policies for LGBT Americans.

The findings, which are consistent with earlier opinion, suggest that last year’s U.S. Supreme Court decision in Masterpiece Cakeshop Ltd. v. Colorado Civil Rights Commission had little effect on notions about so-called service refusals. In that highly publicized case, the justices ruled that a Colorado baker had the right to refuse to bake a cake for a gay couple based on his personal religious objections. 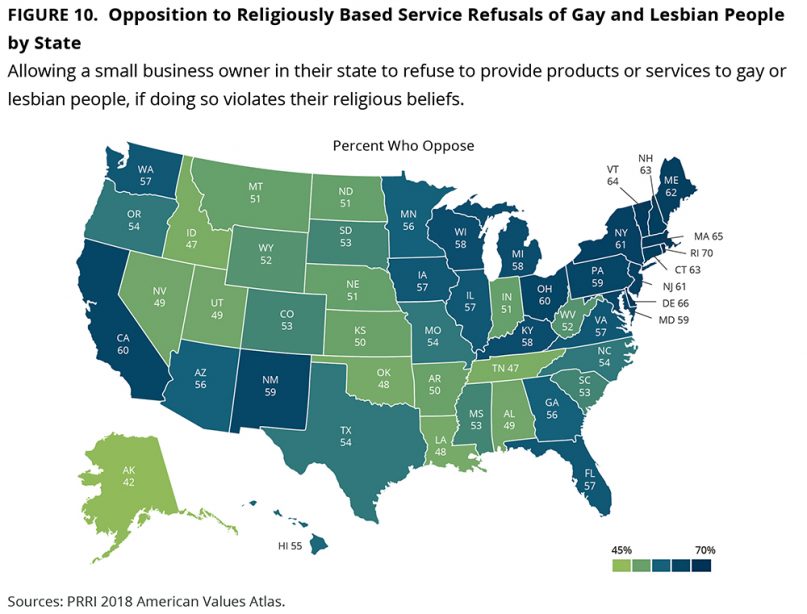 “The support we’ve seen on these questions has been pretty stable,” said PRRI Senior Research Associate Maxine Najle. “The general public has been fairly supportive of LGBT issues for a while now. The differences are within the margin of error.”

Politically, the split was more distinct. Some 65 percent of conservative Republicans supported such refusals, compared with 44 percent of moderate Republicans and 35 percent of liberal Republicans. Democrats, by contrast, are united in their opposition to service refusals.

Younger Americans of all races were about 10 percentage points more likely than their older counterparts to oppose religiously based refusals. But PRRI pollsters noted that among white evangelicals, the differences in opposition to religiously based service refusals between younger and older generations were more modest (43 percent vs. 39 percent).

The survey also found regional differences. Not surprisingly, residents of the Northeast were more likely to oppose religiously based service refusals.

The survey found a more dramatic uptick in views related to same-sex marriage. Sixty-two percent of Americans say gay and lesbian couples should be allowed to marry legally, a nearly 10-point increase from 2015, when 53 percent said they favored same-sex marriage. The Supreme Court ruled in 2015 that same-sex couples have a constitutional right to marry.