(RNS) — A Christian organization whose mission is to equip women to be peacemakers has been accused of trying to erase comments by a black Christian speaker about white supremacy.

During an onstage interview, Ekemini Uwan, a Nigerian-American public theologian, told an audience at the recent Sparrow Conference for Women in Dallas that their concept of race was incompatible with the Bible.

In response, several women walked out.

Uwan said organizers tried to downplay any sign of her presence at the conference.

While the Sparrow Women social media accounts published photos, excerpts and highlights from several conference speakers, no images or quotes from Uwan’s comments appeared on its feeds. A video of the interview that had been published to YouTube of her remarks was removed for copyright violation.

Uwan told RNS that she had to hire an attorney to force Sparrow Women to send her photos and video of her interview.

On Friday, Sparrow Women apologized for “content shared during the testimonial interview at the 2019 Sparrow Conference,” held March 29-30 at the Music Hall at Fair Park in Dallas.

”We publicly apologize to both Ekemini Uwan and the conference participants for not handling such a complex subject with more care and therefore putting everyone involved in such a difficult place,” the statement reads. “That is not the heart or mission of Sparrow Women and we take responsibility for what happened. We want to be peacemakers and see gospel reconciliation and we fell short of our goal here. We will learn from this and are praying for healing and peace for everyone that participated in this year’s conference and those that have been affected by this.”

When asked for more details about why they apologized, leaders at Sparrow declined to elaborate.

“Thank you for reaching out, at this time we are unable to say anything beyond our statement,” Director of Operations Kristen Rabalais said in an email in response to a request for further comment.

Uwan said that Sparrow’s founder, Rachel Joy, told her she was a fan of the podcast, so Joy should have known what to expect during her talk.

“If you listen to ‘Truth’s Table,’ my interview was standard ‘Truth’s Table.’ There was nothing there that was like completely new, or mind-boggling,” Uwan said.

Sparrow Women started more than seven years ago as a church home group and attracted women who were “African American, Caucasian, Asian, Hispanic, and from different socio-economic backgrounds,” according to the organization’s website.

The organization described the recent conference as “a catalytic event for over 1,500 women” to learn about racial division and social justice.

“Race is not a category in the Bible. It did not exist because it is not something that will be redeemed — it was meant to hold and hoard power,” Uwan told Woodson, according to a transcript of the interview provided by conference attendee Carmen J. Caccavale.

She told the audience they should give up whiteness and “recover” the ethnic identities “your ancestors deliberately discarded.” Rather than thinking of themselves as white, they should try to rediscover their immigrant cultural ancestry: “Are you Italian, are you Irish, are you Polish, are you Turkish?”

“Celebrate that,” she said.

Uwan, who said she saw about 10 women walk out during the discussion, mentioned the term “whiteness” more than two dozen times throughout the 30-minute talk.

Sarah Humphries, a 30-year-old white woman from Denton, Texas, attended the Sparrow Conference for the first time, specifically to hear from Uwan and another black speaker, Jackie Hill Perry.

In a phone interview, Humphries said audience members near her seemed upset by Uwan’s remarks — especially when she said the word “whiteness.”

“I was really surprised at how angry the people in front of me and the people from my left were during Ekemini’s conversation,” Humphries said.

In an essay at The Witness, freelance writer Deedee Roe said that most conference attendees were white and that they were “angry and uncomfortable” during Uwan’s interview. She said that after Uwan told audience members to “divest from whiteness,” people began to leave.

“That’s when I saw the first group of white woman walk out,” wrote Roe.

Michael O. Emerson, who is a sociologist and provost at North Park University in Chicago and author of “Divided by Faith: Evangelical Religion and the Problem of Race in America,” said that it’s often difficult to discuss “whiteness,” especially in church circles. He said whiteness was “invisible” to white people and that it is often “cloaked in simply being American.”

“Whiteness is talking about a system,” he said. “It’s not just people, but a system of dominance that happened since the U.S. was founded, and even before that.”

Humphries, the 30-year-old white woman who attended the conference, was sitting left of center stage and said she saw “at least five to 10” women walk out during Uwan’s interview.

Humphries admitted that her “old self” might have identified with some of their negative reactions before she learned more about racism.

“We really need the Lord to do a big work, because we are completely missing it on the whole as white people, just in a general sense,” she said. “There is not enough desire on our behalf to pursue this as a group, like as white people. There’s not enough people who are wanting to engage with the sinfulness in our hearts that has led to all of this racial discrimination and violence and harm.”

When asked why he thinks white Christians have been so slow to catch up to Christians of color on confronting race, Emerson suggested that it was intentional.

“They either choose to ignore the damage done by race, or they know about it, but the benefits that come from whiteness are simply too great that they’re not willing to make the necessary changes,” he said.

Uwan took to social media to share her concerns. She said she felt as if Sparrow Women was trying to erase her presence at the conference.

“I’m just telling the truth, which in and of itself is controversial,” she said. 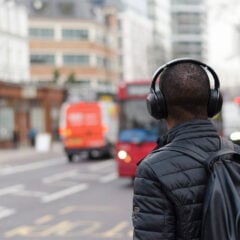