JERUSALEM (RNS) — Growing up in Massachusetts, Sarah Halevi observed Passover like most other Jews: by not consuming chametz — leavened foods made from wheat, barley, spelt, oats or rye — during the holiday, which celebrates the biblical Israelites’ exodus from Egypt.

Following the tradition of her Eastern European Ashkenazi Jewish heritage, Halevi also abstained from eating kitniyot: legumes such as chickpeas and soybeans. Sephardic Jews, whose ancestry is Spanish and Portuguese and who comprise a little more than half of Israel’s Jewish population, have no such prohibition.

Halevi continued her Ashkenazi practice when she moved to Israel, until her children protested.

Raised in Israel — largely on the Sephardic traditional dishes that dominate the food scene here, especially during Passover — Halevi’s kids hatched a fiendishly clever plan to convince their parents to allow them to eat kitniyot, a key ingredient of many Israeli snack foods.

“Our kids staged a mock rabbinical court and let us have it,” Halevi recalled, smiling at her children’s creativity. “They were really convincing! Bottom line, they noted that refraining from eating kitniyot was never a custom in Israel and creates an artificial separation between Sephardim and Ashkenazim.”

And that, her socially minded children insisted, “is the opposite of what we need. What we need is unity among the Jewish people,” the mother of four said.

Halevi is one of the many Ashkenazi Israelis who have added kitniyot to their Passover diet.

Convenience is one factor: In Israel, most packaged kosher-for-Passover foods and restaurant items are prepared with kitniyot or kitniyot oils, and rice and chickpeas (what hummus is made of) are year-round staples.

Jewish law is another factor: Kitniyot isn’t chametz. Unlike bread, for example, it doesn’t need to be discarded and ritually sold to a non-Jew in the days before Passover.

For immigrants, a third factor often comes into play: the desire to feel part of larger Israeli society after living as a minority in their countries of origin. 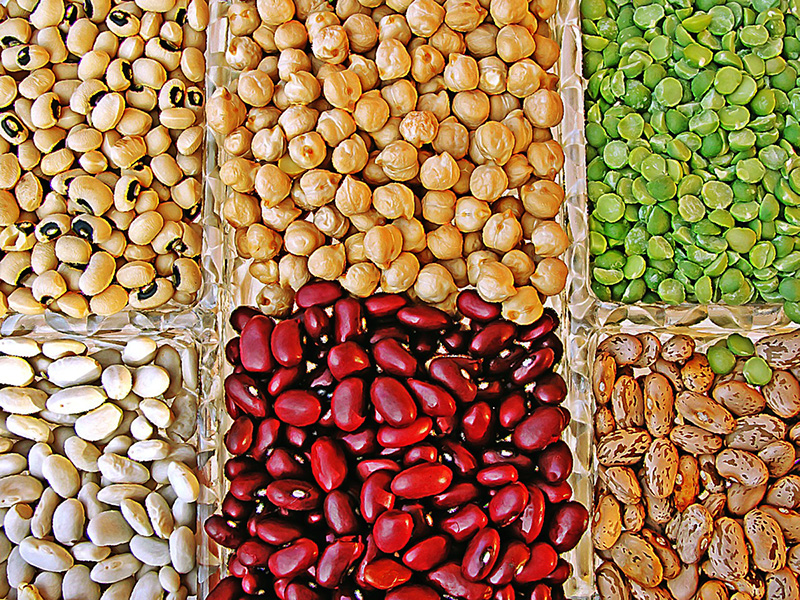 A variety of legumes. Photo courtesy of Creative Commons

“When you live as a minority somewhere like America, it doesn’t matter if you follow Ashkenazi or Sephardi customs. You’re part of a minority,” said Barry Leff, a Conservative rabbi who divides his time between Israel and the U.S. “One of the joys of living in Israel is being part of the majority culture. So why follow a more restrictive custom that both keeps you feeling like a minority, and that makes Passover more difficult?”

The Ashkenazi ban on kitniyot began in medieval times, according to Daniel Sperber, a modern-Orthodox community rabbi in Jerusalem.

“In the 13th century in France a certain rabbi declared that kitniyot is forbidden because they employed a crop rotation system that left a residue of wheat in the legumes field,” Sperber explained.

Over time, other rabbis expanded the kitniyot ban — as well as the definition of what constitutes kitniyot — even to communities where wheat residue wasn’t a threat, and applied it to all Ashkenazi Jews, Sperber, a retired Bar Ilan University professor, noted.

The issue of kitniyot contamination is less relevant today thanks to modern farming methods.

Arguably, the most important factor is the merger of Ashkenazi and Sephardic Jews through intermarriage, Sperber said. “The lines are becoming blurred. If you consider the sociological situation and new food technologies, it’s understandable why so many people are no longer adhering to the kitniyot prohibition.”

While Jewish Facebook and Twitter are full of anecdotes from Ashkenazi Jews who have adopted kitniyot, other Ashkenazi Jews are wondering what all the angst is about.

“Pesach is one week, people, so what is your problem?” Shoshana Bloom, an Orthodox Israeli, wrote in a Jewish women’s Facebook group, using the Hebrew word for Passover. “We are supposed to feel like we came out of Egypt – remember! We had then the basic necessities and that is how we should eat today. Not to make Pesach as ordinary as everyday eating. One week only matza, meat, fish, eggs, vegetables and fruit and oil and salt all make lovely menus.”

Bakol Ruben Gellar, a Jerusalem resident, used to feel this way, until her adult son, who was born in Israel, wanted to bring hummus into the house during Passover.

“It was three or four years ago and our son stayed with us during the seder and part of the holiday. He suggested we have kitniyot, since we live in Israel. We thought about it and for me, it didn’t feel like a big deal to have hummus in my fridge. The important thing is to not eat bread, and we don’t,” she said.

The Gellars already had some experience with kitniyot, Gellar said, because her stepdaughter is married to a Sephardic man of Yemenite descent. According to Jewish tradition, a wife adopts the religious customs of her husband.

“We’d get together for picnics during Pesach and she’d warn us which foods contained humous or tahini,” foods made from kitniyot that her Ashkenazi relatives didn’t consume.

Gellar said she continues to keep Passover according to Jewish law, but has become more tolerant over time.

“As I’ve gotten older I’ve come to feel that there’s so much obsessiveness around Pesach foods and cleaning.”

What’s most important about Passover, Gellar said, is the holiday’s emphasis on freedom and community.

In 2013, when Gellar’s father died, a secular neighbor knocked on her door to gift her with homemade jam.

“I knew her home wasn’t kosher for Pesach, but I accepted it gratefully. Her kindness was way more important to me than the status of her kitchen. It was a real turning point for me,” Gellar said.