(RNS) — Easter and Earth Day arrive on successive days this year, and some churches are welcoming the coupling.

Among them are the 100 or so churches that are part of the Wild Church Network, a loose circle of Christian congregations that meet outdoors as a way of fostering a deeper relationship with God through nature.

The three-year-old network was founded by Victoria Loorz,a graduate of the evangelical nondenominational Fuller Theological Seminary and an environmental activist. Loorz, 57, now leads Echoes Church in Bellingham, Wash., which this year will host an Easter Walk starting at Bellingham City Hall and ending at the Maritime Heritage Park. 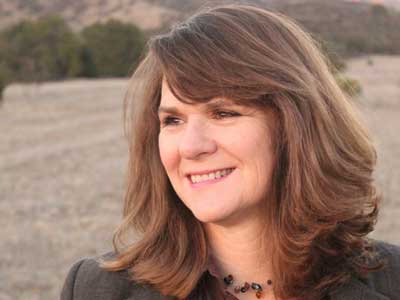 The Wild Church Network includes pastors from the Episcopal, Catholic, Lutheran and nondenominational traditions who feel, according to its website, “burdened by the love of Christ to invite people into direct relationship with some of the most vulnerable victims of our destructive culture: our land, our waters, the creatures with whom we share our homes.”

READ: Church goes ‘wild’ as believers and seekers head for the trees

The network’s churches are spread out across the U.S. and Canada —  from Vancouver, British Columbia, to St. Petersburg, Fla. In June, its members will meet together for the first time, and Loorz is now birthing a Seminary of the Wild to train people who would like to start outdoor churches.

This month, the network published an eBook, “Lovers of the Land: 21 North American Wild Churches,” that tells how these congregations strive to commune more deeply with creation. Among them is Church of the Woods in Canterbury, N.H., created in 2014 by Stephen Blackmer, an Episcopal priest.

“Jesus was a healer,” Blackmer wrote. “We seek to follow his way, as healers for the land, for each other and for the world.”

RNS caught up with Loorz to ask her about the movement she helped start. The interview was edited for length and clarity.

Tell me about the book. Who is it intended for?

It came from an inner call to create spiritual practices and reconnect with the natural world as a spiritual practice. As a culture, we’re so disconnected. It has implications and consequences for the desecration of the earth, as well as our own humanity. There’s something we are missing by being disconnected and not being able to know how to listen to the land anymore and be in sacred relationship with it. This book is intended to give people inspiration to do it themselves.

The Wild Church Network has grown rapidly. Why do you think that is?

It’s happening organically. People are unsettled with something in the environmental movement. I come from an environmental activist background, and I know that burns people out when they don’t have that direct experience (of the sacred). The natural world is not a collection of objects but a communion of subjects.

We want to restore a relationship that’s desperately needed. There’s an underlying common ground between us that’s rooted in reformation and restoring what it means to be human.

How did you come to create Church of the Wild?

I was a Christian pastor in non-denominational churches off and on for 25 years. I spent 10 years in the environmental movement. I thought these were two separate parts of my life, although they tended to overlap throughout my career. Six years ago, I went on a retreat at the Animas Valley Institute and had an experience in the wilderness with a direct connection with God. This is the kind of experience of the sacred I want to bring to people.

Two years later I started Church of the Wild (in Ojai, Calif.), taking some people from my indoor congregation. At the time I was making it up. Then I started to run into people who had very similar stories. We started meeting as a group. We have been meeting for three years as a support for one another. Now there are so many people who contact me every week wanting to start a church like this. We need to develop resources.

We get together every month on video conference. We’re getting together in person for the first time in the beginning of June. We’ll share practices and talk about theology and logistics. We’ll also go through a process of identity. Who are we?

We’ve been working for a few years to create Seminary of the Wild to train people. We’re launching this summer at Ghost Ranch in New Mexico — a weeklong introductory training for a two-year program. It’s taking you into deep facets of training to lead others into relationship with the holy. We’ll be focused on that deeper soul work. How do you find wholeness? How do you awaken to the natural world as alive? The body of God is all of us, including the trees and squirrels and the amoebas. We want to help people identify: how is God calling you to repair the world?

News
The climate crisis is increasingly a refugee crisis, faith resettlement groups say
Follow us on Facebook!
Submit your photos to RNS