(RNS) — The biggest American religion story of the past decade has been the rise of the Nones — those who answer “none” when asked what their religion is. Over the past three decades, the proportion of Nones in the U.S. has more than doubled, from less than 10 percent of the adult population to as much as a quarter today.

Now comes a new Gallup report indicating that actual membership in religious institutions has declined nearly twice as fast as the proportion of Nones has risen.

According to the report, since the last years of the 20th century, “church membership” has shrunk 25 percent, from 69 percent of the population to 52 percent. That compares with a 14 percent decline in religious identification, from 90 percent to 77 percent.

Thus, Nones aside, among the shrinking percentage of Americans who identify with a religion, the proportion who belong to religious congregations has itself declined, from three-quarters to two-thirds, over the past 20 years. It is to be expected that children of non-churchgoing religious identifiers are less likely to grow up to be churchgoers, whether they identify with a religion or not.

All in all, given that the entire population of country has grown 14 percent during that period, this makes for a numerical membership decline of about 11 percent. And there’s every indication that there’s worse to come.

Among Millennials (those born between 1980 and 2000), just 42 percent are members of congregations. When Gen-Xers (born between 1965 and 1969) were their age, 62 percent were members. Since then, Gen-X membership has shrunk to 54 percent.

In other words, the traditional pattern of young adults joining churches after they get married and have children has not been holding true. Of course, it remains to be seen whether Millennials follow in Gen-X footsteps or drift back to church.

But for those religious bodies who look to communities of immigrants and people of color to make up the difference, forget about it. Membership decline among Hispanics and non-Hispanic blacks has been 34 percent and 17 percent respectively.

Finally, it’s worth noting that for its report last week, Gallup aggregated its survey data from 1998-2000 and 20016-18 in order to have a large enough sample to slice and dice demographically. Its earlier year-by-year report shows the overall trends proceeding in straight lines, with Nones up to 20 percent in 2018 and membership down to 50 percent.

The evidence is dramatic. That it portends a severe crisis in institutional religion in America should be obvious to anyone with eyes to see and ears to hear. 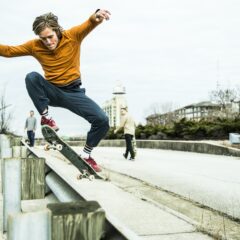