(RNS) — When Andy and Tina Plank discovered that their son Sam had killed himself, one of their first calls was to the minister of their church.

As soon as he got the news, J.C. Austin dropped everything and met them at the hospital.

Newly installed as senior pastor at First Presbyterian Church of Bethlehem, Pa., Austin had only been working there for a few months, a relative newcomer who had arrived in the wake of a bitter internal feud over doctrine and practice that split the congregation.

Now he had to step in to bring comfort to a family at the worst moment of their lives.

In the midst of the shock and pain that often attends such unexpected deaths, it’s crucial that clergy and congregants reach out to those left behind, offering a message of grace and hope rather than one of rejection and condemnation, Austin said.

“The church has to be right in the middle of offering pastoral care to those impacted,” he said.

Offering pastoral care included helping the Planks tell the story of their son’s life and death. 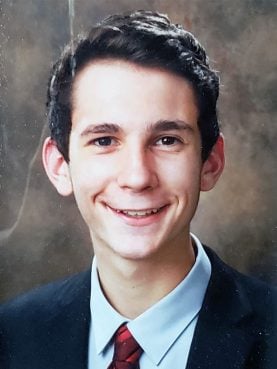 A freshman at Kutztown University who had only been in college for a week, Sam Plank was 18 when he died. His story didn’t have to be public: Many aren’t. But his parents decided almost as soon as the tragedy occurred to talk candidly about how their son died.

“Part of my healing journey,” said Tina Plank, “is getting this story out there so that perhaps we can save another family.”

Numerous faith traditions have a history of criticizing suicide as a sin — and one that leads to damnation.

But some faith leaders are now working not only to offer those facing despair help in addressing the root causes of suicide but to remove the stigma that keeps so many suffering families quiet after the death of a loved one.

The fact is that across America, the suicide rate is on the rise, contributing to a drop in life expectancy.  For Americans aged 10-34, it’s the second-leading cause of death, a silent epidemic that has now begun to get sustained attention. And a survey of Protestant churchgoers found that 1 in 3 had a family member or friend who had committed suicide.

Even with access to multiple secular agencies that step in when there’s a crisis, it’s still often local clergy who are called to work with a family in the first throes of shock and grief.

Sam, a former tour guide at Hellertown, Pa.’s Lost River Caverns who had a profound love for nature, died on March 5, 2018.

As soon as they got the news, Andy Plank said, members of their fellowship gathering, known as a Koinonia group, sprang into action.  “They were there that night and day, helping us get through it, organizing places for people to stay, praying and holding on to us.”

A year later, he still recalls the details of that dark time with gratitude, including all the people who volunteered help with the reception – and helped them find a funeral home. He also credits the family’s former congregation, Pluckemin Presbyterian in New Jersey, with rallying to their side.

A group for those grappling with anxiety or depression was already in the works at First Presbyterian when Sam died, according to Tina Plank. In the months that followed his death, the congregation also instituted a gathering for congregants who were grieving.

“If it wasn’t for this church, I probably wouldn’t be sitting here,” she said. “They were such a comfort.”

After a few months, she approached the church’s associate pastor, Caroline Cupp, and asked: How can we talk about teen suicide here?

After giving it careful thought, the staff arranged two meetings with mental health professionals, many of whom happen to be members of the church. One was oriented toward adults, many of them parents and grandparents. The other was focused on young people closer to Sam’s age, with the aim of assisting them to recognize signs of depression and how to reach out to adults. 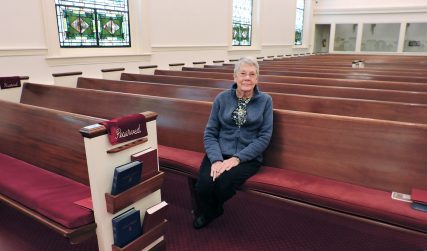 The church also has volunteer Stephen ministers available for those who have suffered a loss.

“As a society, we don’t do enough to address this issue openly,” said Cupp, a former hospital chaplain. She noted that there’s a lot of evidence that suicide is contagious, both in communities and in families, and faith groups can help stem that.

“Mental health needs to be talked about all the time,” she said.

On the other hand, she said, it’s their pastoral responsibility to respect the wishes of family members. “So, if a family says we don’t want this spoken about, or doesn’t authorize it, we can’t talk about it. Our first allegiance is to respect the choices of that particular family.”

While faith can be protective, it can, if handled the wrong way, said Cupp, be a negative factor in those with suicidal thoughts.

There’s still often a stigma in talking about mental illness in faith groups.

“Churches, as well as schools and other organizations, really can help reduce the stigma” associated with open conversation about suicide, said Tracy Burke, a psychologist and member of First Presbyterian.

In the Jewish tradition, said Rabbi Lawrence Troster of West Chester’s Kesher Israel synagogue, a suicide is handled like any other death, with no differences in burial or mourning practices.

“If you see (the underlying cause) as an illness, rather than putting in a special category, it helps a lot,” he said.

At a time of profound loss, he said, it’s not appropriate to offer facile explanations or theological discussions.

“One’s presence is the most important thing,” he said.

During mental and physical illness, Troster added, “God is there with us, to give us strength and love.”

According to the Suicide Prevention Resource Center, religious organizations offer a logical arena for efforts at addressing and preventing it.

“Spiritual beliefs and practices tend to help people experience greater hope and meaning in their lives. Faith communities can also provide opportunities for developing positive relationships with others and can be an important source of support during difficult times,” according to the center’s website.

In the sermon he preached at Sam Plank’s packed memorial service, now available on the church website, Austin described the feelings prompted by clinical depression and urged listeners affected by it to seek him or others out for help

“Sam’s family wants you to know the truth because that is a gift that Sam can still give by having his story told. Don’t refuse Sam’s last gift,” he said.

The sermon itself was so widely distributed, said Ellen Plank, that eventually Austin was asked to turn it into a column for USA Today.

“What is God doing in the midst of all this?” Austin asked his listeners at the service. “First, God’s heart was the first one to break when Sam died. And second, God has already made sure that illness and death do not get the last word in Sam’s story. God has already made sure that this is not the ending to Sam’s good beginning; that Sam’s story does not end with grief, but with grace; not in darkness, but in the brightness of God’s light.”

News
For some US Muslims, raw talk on suicide, mental health
Follow us on Facebook!
Submit your photos to RNS