(RNS) — When it comes time for Muslims to break their Ramadan fast at sundown during Islam’s holy month, they traditionally start with a few dried dates. For their last full meal before a full day of fasting, many American Muslim families down a plate of pancakes at IHOP.

It’s not because Muslims like pancakes more than other Americans. It’s because the 24-hour pancake house chain is often the only local restaurant open at suhoor, the meal eaten just before the ritual fast begins at daybreak.

A new initiative called Dine After Dark wants to change that, at least for Muslims living in and around the nation’s capital.

Katherine Ashworth Brandt, a former congressional aide now studying political management at George Washington University who founded the campaign late last year, is urging Washington restaurants to expand their hours next month to accommodate Muslims celebrating Ramadan, the 30 days of fasting that begins May 5 this year for most Muslims.

“I want this to be a common business practice,” said Brandt, 34. “I want customers to be able to expect that places will be open when they need them during Ramadan.”

Restaurateurs participating in Dine After Dark would open around 4 a.m., to give Muslims two hours before sunup to eat before abstaining from food and drink for the rest of the day, or close around 10:30 p.m., about two hours after sunset, when observant Muslims break their fast. Depending on their business models, some restaurants would expand both morning and evening hours. Two extra hours may not be enough to serve all Muslims’ needs, Brandt acknowledged, but it’s a start. Brandt compared Dine After Dark to Chinese restaurants that stay open on Christmas, and therefore have become a traditional, if circumstantial, standby for Jews and Muslims on the Christian holiday.

“Not only would this make Muslim consumers’ lives easier during the holiday season and give them more late night dining options when they’re breaking their fast, but it’s also good for businesses,” she explained. “IHOP is celebrated among Muslim communities for being so Ramadan-friendly.”

In Dearborn, Mich., and other cities with large Muslim populations, many restaurants have already realized that there is money to be made in remaining open all night for the suhoor and iftar meals.

Around 3% of Washington’s population is Muslim, according to the Public Religion Research Institute. But from Richmond to Baltimore, the greater Washington area has some of the most active Muslim communities in the country.

“I think the first step is making business owners realize that there is a market for this and that if they supply a service, their customers with a need will meet them,” Brandt said.

Dine After Dark’s first success is a partnership with the esteemed local nonprofit Martha’s Table, which serves meals to disadvantaged and homeless people in Washington from mobile food trucks. During Ramadan the organization will add what it’s dubbed an “Iftar Car,” distributing 50 free meals at several locations between 8 and 8:30 p.m., hours after the usual 6 p.m. cutoff. 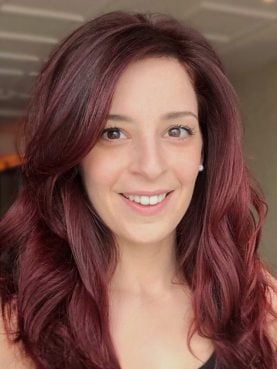 Brandt launched Dine After Dark in December after reading about a Brooklyn high school that scheduled its prom during Ramadan, making it difficult for the school’s many Muslim students to attend. Even when hundreds of people petitioned to change the date, the administration refused.

“It just really offended me, frankly,” Brandt said. “I don’t think there’s a single high school that would ever schedule prom during a major Christian or Jewish holiday. It just seemed so deeply unfair.”

Brandt, who isn’t Muslim herself, said she always took for granted how businesses and institutions would accommodate the Christian holidays she grew up celebrating. She sees Dine After Dark as “paying [her] privilege forward.”

“All of us need to be more considerate of other people’s traditions and holidays and know that these are important no matter what religion you subscribe to,” she said. “It’s an important time to be with friends and family and reflect on your values.”