(RNS) — Those who consider themselves on a spiritual path can all get on board when Tristan Taormino invites us to enter “a sacred space where we feel safe enough to try new things, push our boundaries, flirt with edges and conquer fears …”

Even the most traditional of us might follow the popular speaker, columnist and author when she says she’s seeking a place that “has the potential to heal old wounds and generate spiritual renewal … a crucible for creativity, vulnerability, perseverance, control, catharsis and connection.”

Taormino could be discussing meditation, or prayer, chanting, even therapy. Instead, Taormino is writing about kink.

A loose umbrella term for a variety of sexual practices, from bondage to domination to sadomasochism to voyeurism, that fall outside the normative or “plain vanilla” model of heterosexual, monogamous sex, kink is, for many Americans, a deeply personal, deeply private part of intimacy. 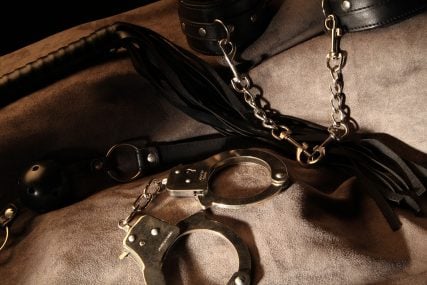 A study conducted by one sex toy company, Eden, concluded that about 40 percent of Americans considered themselves kinky in some way, though nowhere apparently outdoes Portland, where a full 4% of inhabitants are members of the kink social networking site Fetlife.

Not the same but related is the trend toward “ethical nonmonogamy,” or what many call open relationships or polyamory. As many as 20 percent of Americans have tried ethical nonmonogamy at some point in their lives. Poly has been feted by magazines such as Wired and GQ as the millennial generation’s “sexual revolution.”

These alternative relationship models — including kink and ethical nonmonogamy — offer more than sexual fulfillment. Adherents gain a wider sense of identity, beyond the cultural expectations of “marriage, house, kids,” which they work out through personalized rituals. As it becomes easier and more acceptable to discuss their habits on the internet, kink increasingly offers members a community that at times borders on the utopian.

A couple that has agreed to a “total power exchange,” then, in which participants agree on a full-time dominant or submissive role in their relationship, might hold a “collaring” ceremony before friends and chosen family. One participant I interviewed, a member of a full-time dominant/submissive relationship, told me that her collaring to her now-husband was a more emotionally significant ritual than her legal marriage. Members of polyamorous triads, likewise, celebrate multiple solemnifications of each new relationship, incorporating pagan rites such as “handfasting” in lieu of traditional legal avenues. 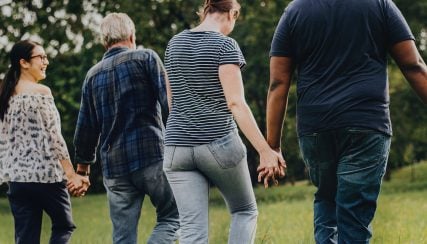 While kink and poly are far from synonymous — there are “vanilla” triads and monogamous kinky couples — central to practitioners of both is the idea of “rewriting the script.” Heterosexual, patriarchal, monogamous culture — the narrative goes — has forced too many people into relationship styles that don’t reflect their authentic selves. Authors Dossie Eaton and Janet Hardy put it best in their 1998 handbook “The Ethical Slut,” the Ur-text of polyamory: “We are paving new roads across new territory. We have no culturally approved scripts for open sexual lifestyles; we need to write our own.”

In this, the religiously unaffiliated aren’t just leaving behind their parents’ sexual ethic — ethics in turn deeply wedded to religious identity — in favor of “anything goes” libertarianism. Though sexual experimentation is always a sport for the young, the latest trends are pointedly being taken up by the young and religiously unaffiliated. According to one YouGov poll, 58% of those who said religion was unimportant to them expressed support for polyamory.

Asked to specify their religious and political affiliation for a 2018 survey in the Journal of Sex Research, a full 31% of polyamorous respondents filled out the “other” box, compared with just 12% of the monogamous. (Common write-ins: Wiccan/paganism, libertarianism and anarchist).

In this, as in other matters, the millennials appear to be actively creating a new ethic of rebuilding every institution from the ground up. Sexual freedom, for many of these participants, is an ideological responsibility, a political stance and a spiritual imperative. Creating bespoke religious traditions as they are, it makes sense that they would create bespoke relationship models.

“Free love” experiments have a poor track record in American history from John Henry Noyes’ Oneida cult onward. But it’s impossible to understand today’s “sexual revolution” without seeing it as part of a broader picture: not just in our societal lack of faith in God, or our churches, but in our increased faith in ourselves.