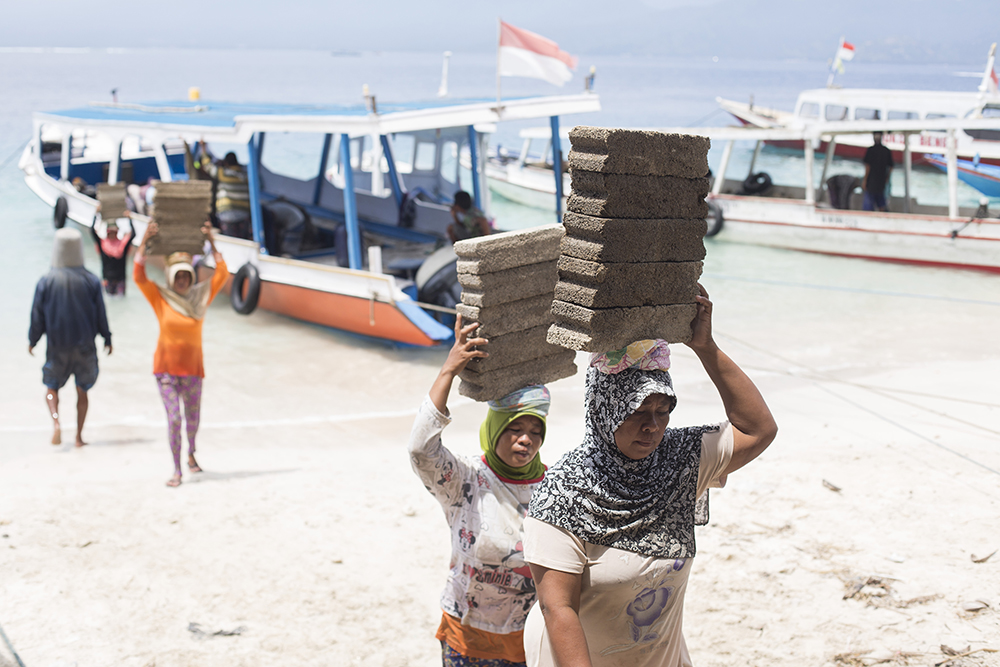 Local women carry bricks from a boat in Gili Trawangan’s harbor. In recent years, Gili has experienced a construction boom to accommodate the increasing number of tourists and renovate after the 2018 earthquake. “When I first came in 2007, there were some concrete houses but not these massive projects,” said Makie Harm van Holden, a German national living on the island. “And the restaurants were mostly made of wood. But over the years cement became sought after. It’s kind of a prestige thing.” All construction materials are brought in from the neighboring island of Lombok. RNS photo by Alexandra Radu