(RNS) — Nearly a quarter of Canadians today say they have no religious affiliation — about the same as in the U.S. But a forthcoming book by two Canadian researchers says that it is easier to be a “none” in Canada.

“In Canada, there is a more accepting social environment for leaving religion. There’s less of a social stigma,” added Thiessen.

The two researchers decided to study nones in Canada when they found most of the information about the rapidly expanding group of religiously unaffiliated came from the U.S.

“We wanted to see what was similar, what was different,” said Wilkins-Laflamme.

The big difference, they found, is that the decline in religious affiliation started earlier in Canada. 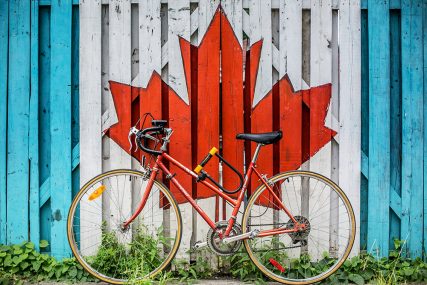 As the notion of being nonaffiliated caught hold more quickly in Canada, it seemed more normal sooner, the researchers said.

At the same time, evangelicalism continues to have a much stronger influence in the U.S. than it does in Canada. This, along with a stronger sense of Christian nationhood in the U.S., makes it harder for some Americans to “come out” as having no religion, the researchers say, noting that in parts of the U.S. “a fervent stigma exists toward those in the religious none community.”

With religion playing a less important role in Canadian public life, Canadians don’t view their country as a “Christian nation.” That also makes it increasingly easier for Canadians to say they don’t belong to any religious group.

If anything, the researchers say, “rather than stigmatizing religious none identification, there is a sense among some that the stigma is reserved in part for those who are overly religious.”

The researchers also said that Canada’s official policy of multiculturalism makes it easier for Canadians to be nonreligious.

“Canadians are exposed to lots of worldviews,” says Wilkins-Laflamme. “They grow up realizing their view is one among many.”

Wilkins-Laflamme and Thiessen said that the lack of religion in so many Canadian homes makes a return to religion by Canadian nones unlikely.

“As the religious none population has grown in recent decades, it is more common for children to be born into families with parents who say they have no religion,” they say.

There is “nothing, socially speaking, that would compel younger generations to turn to religion,” Thiessen noted.

“None of the Above: Having No Religion in Canada and the U.S.” will be published by early 2020.