A new report, however, suggests that picture is incomplete.

A review of national and regional Jewish population studies found that Jews of color represent 12% to 15% of the American Jewish population and that many younger Jews who grew up in multiracial households identify as nonwhite.

“Counting Inconsistencies,” a meta-analysis undertaken by researchers at the Stanford Graduate School of Education, estimates there are 1 million Jews of color in the U.S., of about 7.2 million Jews in all.

“We’re missing out on the diversity and richness of our community when we only think of Jews as being white or all coming from Europe or Eastern Europe,” said Dove Kent, a senior strategy officer with Bend the Arc, a social justice group. “It really robs us of a lot.”

Jewishness is typically passed down through the mother; if the mother is Jewish, her children are, too. In recent years, the Reform movement has begun recognizing the children of a Jewish mother or father as Jewish.

But interracial marriages and children adopted from South America, Africa and Asia are increasingly accounting for the growth in the number of Jews of color. Judaism also welcomes converts.

“There’s no reason why we shouldn’t think of ourselves as trending in the same patterns as the U.S. population,” said Ilana Kaufman, director of the Jews of Color Field Building Initiative based in Berkeley, Calif., which commissioned the study. “We’re not exceptional to the rest of the U.S. context.” 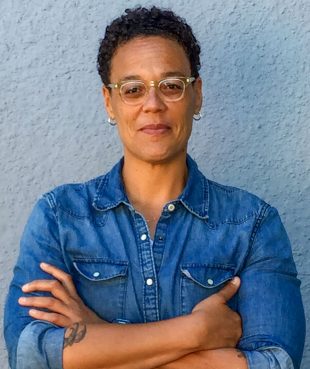 Jews of color say they consistently face discrimination in Jewish institutions. Jared Jackson, the founder and executive director of Jews in All Hues, said he keeps his cellphone handy on Yom Kippur, the Day of Atonement, because he frequently gets calls from Jews of color denied entrance to synagogues because they aren’t recognized as Jewish.

Several Jewish organizations have begun to address the need for more diversity in Jewish life, including Bend the Arc, Jews in All Hues, the New York-based Jews for Racial and Economic Justice, and Be’chol Lashon, a group devoted to raising awareness of ethnic, racial and cultural diversity of Jews.

But not enough has been done to place Jews of color in top leadership positions of major Jewish organizations, Kaufman said.

“We don’t want a situation where all our organizations, all our leadership, all our visionaries don’t represent the reality of who is the Jewish community,” she said.

Jews have typically divided into two subcultures: Ashkenazi Jews, from Germany, France and Eastern Europe, and Sephardic Jews from Spain and the Middle East. The “Counting Inconsistencies” report did not focus on those distinctions and instead examined those who consider themselves “nonwhite.” It did not offer a breakdown of African American, Hispanic or other categories.

“We haven’t been treated with dignity and we don’t want that cycle to continue,” said Jackson, who is married to a nonwhite woman who is also Jewish. “We want to build a world that loves everyone. If you’re willing to invest in a world that looks like that, come on board, there’s more room.”