(RNS) — Cyrus M. Copeland first became fascinated with how we say farewell to the dead after the 9/11 terrorist attacks when New Yorkers like him were consumed with memorable tributes to the people who died in the collapse of the World Trade Center towers.

What started as a pastime has turned into a three-volume appreciation of the art of the eulogy.

In the last book of his trilogy, “Passwords: Seven Steps to Writing a Memorable Eulogy,” he reflects on the evolution of our last words to the dead and gives advice on what to say. 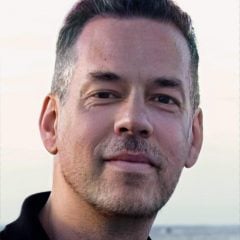 Copeland, who concedes his own eulogy for his father back in 1992 was not his best work, has learned a lot about the power of a good eulogy to honor the dead and give sustenance to the living.

A former advertising executive, Copeland left his job on Madison Avenue after 9/11 to pursue a writing career. This past year he has been traveling, mostly recently walking the Camino de Santiago, the famous pilgrimage route leading to Spain’s Santiago de Compostela.

Ahead of Memorial Day, a holiday established after the Civil War to honor and remember America’s fallen soldiers, RNS caught up with him to talk about how best to give tribute to the dead.

As Copeland writes, “A great eulogy cannot beat back Death, but it can give new meaning to life and this moment.”

This Q&A was edited for length and clarity.

How have eulogies changed over time?

The art of remembrance goes back even before Pericles’ funeral oration to the very first time someone stood over the body of another and said words in honor of their passage. We Americans date it back to Lincoln’s Gettysburg Address, where he said those immortal words, “fourscore and seven years ago” to commemorate the passing of Civil War soldiers.

Up until very recently, though, eulogies tended to be almost exclusively the purview of clergy. As a result, they tended to load their remembrances with stories about the afterlife, rather than the human life. Ten or 15 years ago, something shifted. Instead of clergymen, it’s you (or me) stepping up to the podium in remembrance of our loved ones. Our eulogies are a lot more personal. They’re much more about the human life than the afterlife.

As an example, when Princess Diana died, millions of people the world over tuned in, and they saw that it wasn’t the Archbishop of Canterbury who was eulogizing her; it was her brother. He spoke about the imprint she left on our hearts. He spoke emotionally about her and very honestly, too, not excluding the vulnerabilities that we associated with her that at this 11th hour humanized her even more for us now.

Is it a good thing that we’re becoming more personal in our eulogies?

As a writer, I love it when people tell stories that are good, authentic and true. It’s also laudable that we have taken charge of sending on the people we love in a very personal way. There’s something about taking on the responsibility of remembrance that returns a certain amount of power back to the person behind the microphone. It’s a tremendous honor, because in speaking movingly about the loss we suffered and the celebratory nature of the life we’re lauding, we plant the seeds of our own healing at the same time.

So, what makes for a good eulogy?

The first step is that you start strong. If you start with “Dearly beloved, we are gathered here today,” you’ve already lost your audience.

Second, speak personally. You don’t want to hide behind platitudes. A eulogy is not an obituary; it’s a personal post-mortem to your loved one. You get to draw back the curtain and speak personally. Third, tell stories. The more you work a sense of narrative into your goodbye, the more you take your audience along for the ride. Four, don’t be afraid to be funny. Life is funny. There’s no reason a eulogy can’t have some levity. It will lessen the tension built into the situation and help you bond with your audience.

Fifth, be honest. People can smell insincerity coming a mile away. Diana’s brother spoke of her eating disorders but he did it in a way that drew us further to the heart of what made her special. It was one of the vulnerabilities that allowed her to connect with the world in the way she did. That honesty has a beauty with which we can empathize. It helps us remember the person they were, rather than the saint nobody recognizes.

Six, if there was a moment in your relationship that was revelatory for you or transcendent or life changing, talk about it.

The last thing is close well. It’s the 11th hour. This is your final chance to send them off. Make it count.

What got you started down this road? When I sat down to write my father’s eulogy I could hear his voice in my head saying it was not as sad of an occasion as I thought it was. I heard him speaking with an undeniable clarity. That let me know he was there in a very consequential way. After I wrote his eulogy I had an idea to do a book of eulogies to people who made their lives count: scientists, musicians, politicians. I never forgot about it.

But I’m a New Yorker, and right around 9/11, there was this great sense of loss that we as a city and a country sustained. The city was awash with memorials and eulogies that were heart wrenching. Around that time I became very depleted by my job. The idea of doing a book of remembrances came rushing back to me. So I left my job and became a writer. It has quite literally given me new life.